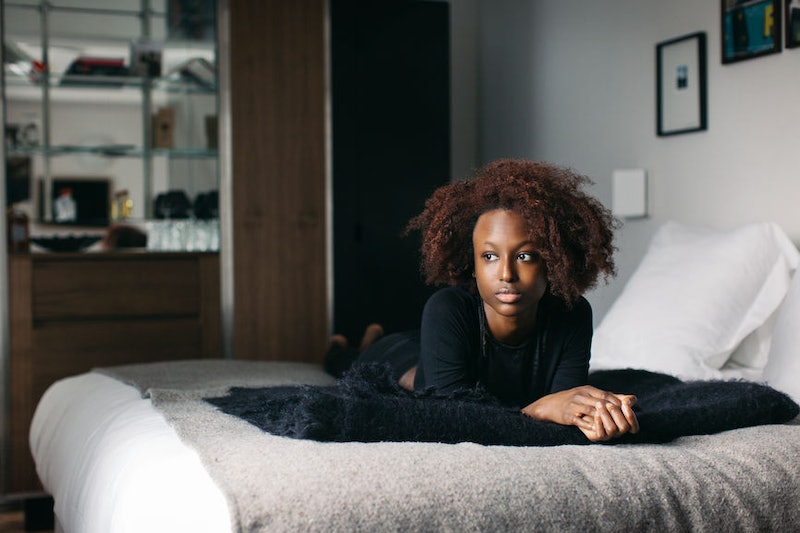 Public Health England has just released the results of a major national study into women's reproductive health, and the results are grim. Ever thought to yourself, "Why don't I enjoy sex?" Well, you're not alone. The research from this survey revealed that almost half of millennial women lack an enjoyable sex life — a finding that even the most sexually fulfilled amongst us would struggle to be shocked at in the era of the orgasm gap. But if so many millennial women are reporting unfulfilling sex lives, what's the problem and how do we go about fixing it?

Sex therapist Lisa Etherson believes that inadequate sex education contributes to millennial women's lack of sexual satisfaction. "There's no focus on pleasure in sex education," she tells me. "If we go down the sex positive route, and we actually teach people about pleasure, then women will know something's not quite right, and they'll be able to do something about it."

Etherson also highlights prevailing cultural myths about sex, suggesting that for millennial women to have more fulfilling sex, these stereotypical notions need to be dismantled. "We still have an issue when it comes to sex — we either have women who are prudish, or women who are sluts. Women still tend to be put into either one of those categories a lot of the time, as opposed to women being able to have their own authentic sexuality, whatever that might look like."

Peter Saddington, a sex therapist who works with relationship support charity Relate, pinpointed stress as another reason for young women's sexual dissatisfaction. "The realistic thing is that we're not very good at prioritising ourselves," he tells me.

If you're one of the many, many millennial women not enjoying your sex life: what do you do next? Etherson recommends sex therapy as a method of "exploring what's going on for you — what you get in sex therapy is a really good sexual education." On a broader societal level, she says, "We really need to be having more conversations about women and sex in general, so they feel like they can actually have these conversations without feeling isolated all the time." Saddington also recommends tackling day-to-day pressures that might interfere with sexual enjoyment.

"Think about things like mindfulness and stress management. Look at getting some help, and empowering yourself to take charge and do something about it."

In a society where women are still compressed into the virgin/promiscuous dichotomy, it's unsurprising that so many millennial women feel sexually unfulfilled. What that doesn't mean, however, is that it's acceptable; let's hope that this study marks another step towards change.

More like this
Is TikTok’s “Villain Era” Trend Just An Excuse For Bad Behaviour?
By Chanté Joseph
The Juiciest “Would You Rather” Questions For Couples
By Alice Broster and Rachel Mantock
Pat McGrath’s New Highlighter Duo Will Give You A Galactic Glow
By Tomi Otekunrin
Iris Law's Skunk Mullet Is Not For The Faint-Hearted
By Tomi Otekunrin
Get The Very Best Of Bustle/UK