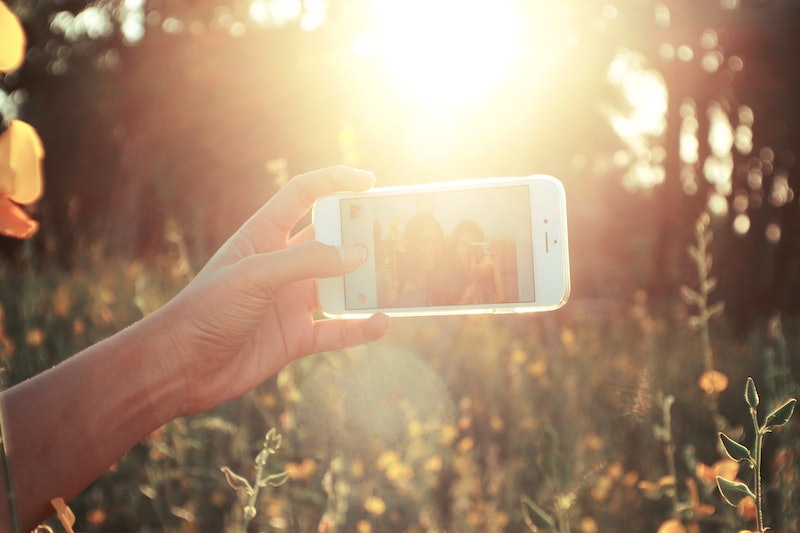 Here's some good news: Snapchat just unleashed a major update that includes some super cool new features that you probably didn't even know you needed in your life — one of which actually allows you to add your own backgrounds to photos! If your friends are already buzzing about the new features, however, you may be wondering why you don't have backdrops on Snapchat just yet. But don't worry — if the update hasn't arrived, it should reach your phone shortly.

Backdrops was created to make the background of your Snaps even more colorful and art-filled. Similar to many of Snapchat's functions, new backdrops will be made available daily, and the feature is currently still rolling out onto users' phones.

Here's how you'll be able to use the backdrops feature. After snapping a photo, you'll want to tap the Scissors icon that can be located in the Vertical Toolkit. From there, you'll trace the objects that you want to be in front of the backdrop, and then select the backdrop that you'll want to use.

Sound fun? Of course — and it's also the perfect way to update your Snaps. But if you're having some difficulty locating the new feature, it could be because Snapchat is still rolling out the features to everyone. Thus, your buddies might have it before you.

If you're looking for ways to jump-start your update, here are a few suggestions you could try.