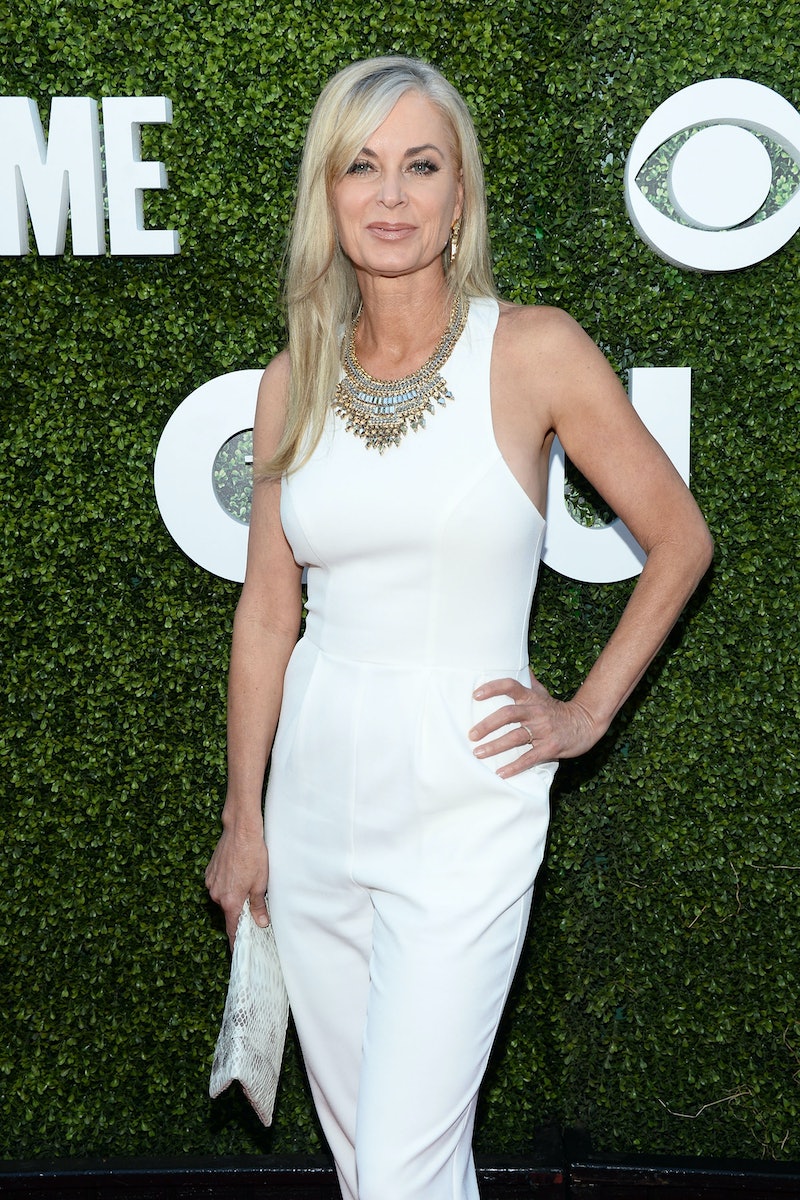 When Camille Grammer posted a photo of The Real Housewives of Beverly Hills cast hanging out in Las Vegas on Thursday night, eagle-eyed fans noticed that a certain Housewife was neither present nor accounted for. This observation led to an important question: Did Eileen Davidson quit the show after three tremendous, jumpsuit-clad seasons? Well, wonder no more: The Housewife confirmed that she is leaving RHOBH on Friday. As bittersweet as this news may be, the reason why Davidson is leaving Real Housewives of Beverly Hills is understandable.

"After a lot of careful thought, I've decided because of my crazy schedules at The Young and The Restless, as well as Days of Our Lives, it's best for me and my family if I step away from being a Housewife for now," she said in a statement to Bustle. "But you never know, I might be popping in from time to time just to see what the ladies are up to! Thanks for your love and support guys!" Bravo had no comment on the situation.

This announcement is undeniably sad, but the rationale does make sense. Back in January, TV Insider reported that Davidson returned to Days of Our Lives, which means she's now busy with not one, but two soap operas. Two soaps plus a reality TV show is a lot of camera time. Who can blame her for opting to scale things back a bit?

But look on the bright side, fellow Eileen fans: Davidson isn't leaving the world of TV for good. Not only will the soap opera star-turned-reality star continue to appear on The Young and The Restless and Days of Our Lives, but she also hinted that she may pull a Camille Grammer, i.e., show up on RHOBH every once in a while to remind fans just how much they miss her and everything she brought to the program when she was a main cast member.

... Wait. Is this Season 8's main cast? Or are Grammer and Adrienne Maloof still former Housewives-turned-friends of Housewives? Ugh, this franchise. Always keeping fans on our rollerblade-wearing toes.

Miss you already, Davidson. You might've turned in your RHOBH diamond for good, but there will always be a denim jumpsuit-shaped space for you in our hearts.