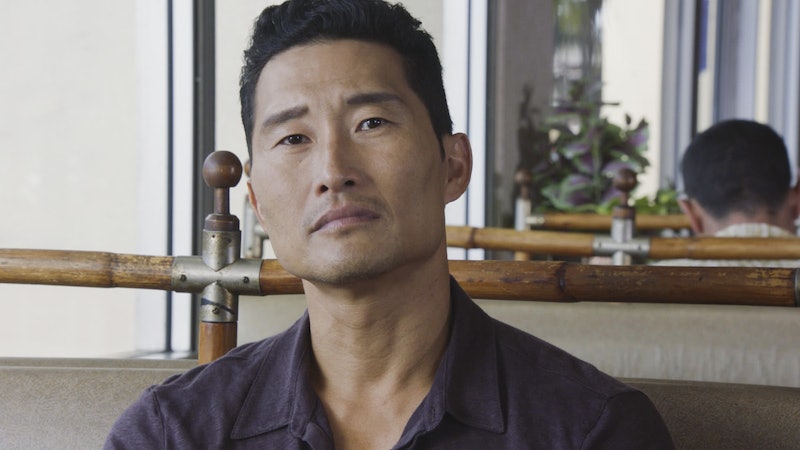 Hawaii Five-0 is about to be a lot less fun. On June 30, barely two weeks before Season 8 was set to start production, it was announced that stars Daniel Dae Kim and Grace Park would be leaving the series. The actors, both Asian, were unable to reach a deal earning equal pay with their white co-stars, Alex O'Loughlin and Scott Caan. Kim and Park's departure from Hawaii Five-0 and the resulting fallout reflects the problematic way that studios appear to think of their Asian actors and characters as disposable. Hopefully, when Hawaii Five-0 premieres in the fall, CBS will learn what fans already know: they're not.

For seven years, Kim and Park played cousins Chin Ho Kelly and Kono Kalakaua, original members of the Hawaii Five-0 task force and, coincidentally, the only two Asian members. As series regulars and stars of the show, Kim and Park have the same number of episodes under their belt as O'Loughlin and Caan (168 each). And yet, according to a report from Variety, they were making 10-15 percent less than their co-stars. Kim seemed to confirm this report in a lengthy statement to fans on his Facebook page. "Though I made myself available to come back, CBS and I weren't able to agree to terms on a new contract, so I made the difficult choice not to continue," he wrote. Though he did not explicitly address reports that he had been asking for equal pay with his white co-stars, he seemed to confirm them, writing, "The path to equality is rarely easy."

Kim and Park's departure marks a huge loss for the show and for Asian representation on television. When the show premiered in 2010, it was practically unheard of for a series on network TV to have not just one, but two Asian leads, especially with such a small main group. For years, Kim was the Asian male sex symbol on television (honestly, he still is), and Five-0 was proof that successful shows could have diverse casts.

Now, in just a few short months, Hawaii Five-0 has gone from one of the most Asian-inclusive shows on television to one of the least. Kim and Park's exits are just the most recent when it comes to the show's Asian talent. Guest-star-turned-series-regular Masi Oka (Heroes), who joined in Season 1, left the show midseason last year. Oka made no claims that he felt unfairly compensated by the network, and told Entertainment Weekly that he decided to leave the show due to scheduling issues. Still, going from three Asian leads to zero in just a handful of episodes is not a good look.

After Kim released his statements, CBS released a follow-up telling Variety, in part, "We did not want to lose them and tried very hard to keep them with offers for large and significant salary increases." Update: EP Peter M. Lenkov also released a lengthy statement on Thursday via Twitter, claiming that the raises CBS offered the actors was "unprecedented" (full statement below).

The words "large" and "significant" are key here. They seem to imply that Park and Kim were offered sums much bigger than they should have expected, and as such plays directly into the narrative of the selfish, overpaid actor. In the CBS version of the story, they offered Park and Kim a heap of money, and the stars still left. Furthermore, sources from the network are now defending their decision in the press. One source told Variety that Kim was offered a deal that included support for his production company, 3AD, and $5,000 less than Caan and O'Loughlin's $200,0000 per episode pay. But what the network seems to be missing is that the exact numbers don't really matter. Any difference is too large, any pay inequality an insult to the actors.

That CBS allegedly refused to offer Kim and Park a salary equal to that of their white co-stars after seven seasons is just a reminder of the discrimination Asian actors face in Hollywood. (CBS has not acknowledged any reports about equal pay, nor have they commented on Caan and O'Loughlin's deals with the network.) In one particularly revealing sentence in the Variety report, a source claims that CBS saw Kim and Park as supporting actors, not main players. Bustle has reached out to CBS for comment on this detail as well as a statement regarding the alleged pay discrepancies, but hasn't heard back at this time.

As Steve McGarrett and Danny Williams, there's no doubt O'Loughlin and Caan get the most screen time and the juiciest storylines. But instead of taking that as an excuse for CBS not paying Kim and Park what they deserve, we should ask ourselves why that is. Why is it that Kim, fresh off his six-year run as Jin on Lost, was offered less of a role than his white co-stars? Why wasn't Park, who earned huge popularity for her roles in Battlestar Galactica, given a bigger role? And why was O'Loughlin, whose past two television shows, Moonlight and Three Rivers, were cancelled in their first seasons, given the leading role and likely paid a higher salary than both of them? I don't point this out to belittle O'Loughlin's contribution to the show, but rather to illustrate how Kim and Park were clearly under-appreciated and possibly under-compensated from the start.

CBS should have taken this salary negotiation as a wake-up call. They could have taken the actors' departures as an opportunity, both to pay the actors what they're worth and to restructure the show to give them material worthy of their talents and their price tags. Instead, CBS was willing to let Kim and Park go.

Whether intended or not, the Hawaii 5-0 cast shakeup sends a message that Asian performers are not as valuable as white ones. It's a disappointing turn of events, one that could cost the show viewers. I, for one, won't be tuning in when Season 8 premieres in the fall, and, if you loved Chin and Kono as much as I did, I'd bet you feel the same.

More like this
It’s Official: 'The Bachelorette' Is No Longer A Fairy Tale
By Samantha Allen
What’s New On Netflix: 'Never Have I Ever' & 'Indian Matchmaking' Return
By Arya Roshanian
Everything To Know About The HBO Max & Discovery+ Streaming Service Merger
By Brad Witter
What’s New On Netflix: 'Bridget Jones’s Diary' & 'Monster-in-Law'
By Arya Roshanian
Get Even More From Bustle — Sign Up For The Newsletter