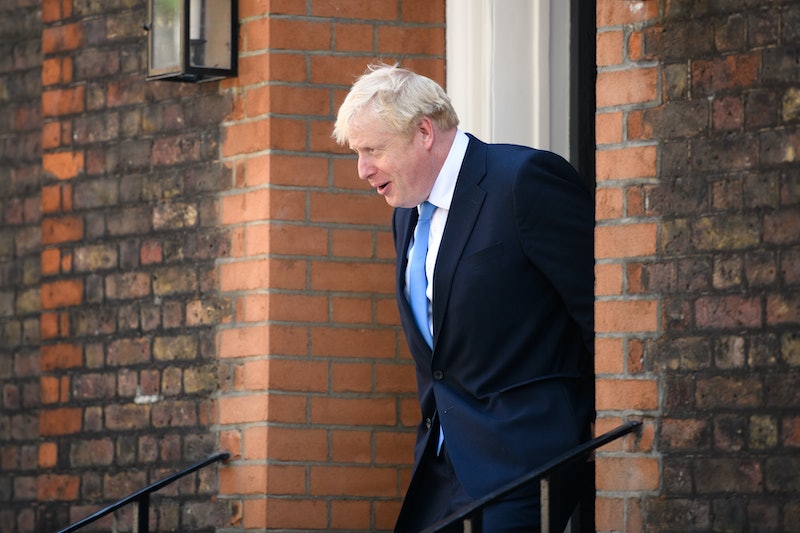 I've never fallen for Boris Johnson's act. With his scruffy white-blonde hair, his cycling trips around London, and even the time he got stuck suspended in mid-air on a zip line waving two union jack flags, I've never bought into the idea of him as a harmless fool. During his time as Mayor Of London from 2008 to 2016, I couldn't help but wonder if it was all part of a strategy which would eventually see him become Prime Minister. And sadly, on Tuesday, all my fears were realised. Boris Johnson is the next Prime Minister of the UK — it felt like a punch in the gut.

I've been let down by this government time and time again, and I simply can't take it anymore. I had to sit and watch as people of colour and the working class died in the Grenfell fire as their building block was engulfed in flames in one of the wealthiest boroughs in London. I've had to watch as families from the same country as my own, were torn apart, with members deported back to Jamaica in the Windrush scandal. And now I've had to sit and watch as a man who has said some truly racist, sexist, and homophobic things is elected as Prime Minister.

That's why on Wednesday, I'll be heading down to Russell Square at 5:30 p.m. in central London to join the "Fck Govt Fck Boris" street festival. The protest is inspired by the lyrics in Stormzy's latest record, "Vossi Bop," where he proclaims, "F*ck the government and f*ck Boris". The "Fck Boris" street party is in association with a number of organisations which have come together to protest his election as Prime Minister. They include Black Lives Matter UK, Docs Not Cops, gal-dem, Sisters Uncut, and Lesbians and Gays Support The Migrants, to name a few.

The event is gaining a lot of traction and already has more than 17,000 people interested in attending on Facebook, with the organisers saying: "At the time he gives his first speech as PM, we will hold a street festival celebrating the power of our communities. There will be music and art. There will be noise."

As a black woman, hearing the awful rhetoric Johnson has spewed out about minorities is disgusting and infuriating. In 2002, in the Telegraph, he described black people as “piccaninnies” with “watermelon smiles”. And in case you think he has somehow changed his ways, only last year, as the BBC reports, he said Muslim women looked like “bank-robbers” and “letterboxes”. And Boris has used homophobic language, too, as Business Insider notes. This is no Prime Minister of mine.

And the icing on the cake that nobody asked for is the fact that Boris Johnson is loved by U.S President Donald Trump, a man who told congresswomen of colour to "go back" to where they came from. His endorsement of Johnson says it all. In fact, Trump bragged about Johnson being called "Britain Trump". Is this really what our nation needs right now? I want to feel safe in my own country. But as the Guardian reports, racism has been on the rise since Brexit and with Johnson in charge, that's unlikely to change.

However, as sad and as shocking as the news is for me, I don't feel hopeless. I have faith in grassroots organisations protesting against Johnson and those fighting for a better future for us all. I didn't vote for him to be my Prime Minister and when it's time for a general election, I hope we see change.