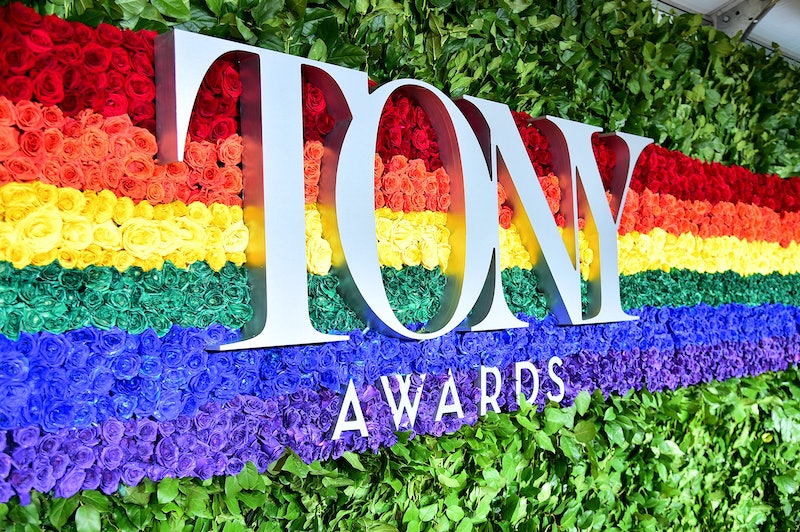 In recent years, the Tony Awards red carpet has been defined by a gigantic floral display boasting thousands of roses. The epic design spans the entire length of the carpet, and is usually as memorable the fashions that celebrities wear. The 2019 Tonys red carpet featured a rainbow of roses, and for several very important reasons. The beautiful arrangement not only celebrates the tie between LGBTQ culture and theater. They were also created to honor World Pride, which is hosted by New York City in conjunction with NYC Pride. Since 2019 marks the 50 anniversary of the Stonewall Rebellion, which is considered one of the most important events of the early LGBTQ rights movement, the rose rainbow is doubly impactful.

The Hollywood Reporter reports that the massive arrangement was designed by Raul Àvila of PassionRoses. The backdrop, which was in the planning stages at least six months ahead of the show, includes approximately 22,000 flowers that were farmed in Colombia ahead of the June 9 ceremony. Vogue also reports that some of the flowers had to be specially dyed or painted in order to fit the theme. The roses were cut and preserved 24 hours before the show and then placed the day of in what can only be viewed as as true labor of love.

"The floral display is a reflection and celebration of the performing arts community as we hit the 50 anniversary of the Stonewall Uprising," Àvila, who has been creating the Tonys backdrop for the past five years, told Vogue. "This is an extremely important year for us and the Broadway community, as Broadway and music have been a core value and component [of Pride] since the beginning."

The end result is fresh, full of life, and makes an impactful statement.

Àvila shared the specific vision that he wanted to execute for the show, telling Vogue, "We want viewers to be inspired and celebrate with us. We want them to take pride in how far we've come and how symbolic it is to be able to put a rainbow on the Tony Awards red carpet. This is meant to be a joyful celebration for New York and the Broadway community." Mission fully accomplished.

While Àvila's name might not be immediately familiar to red carpet watchers, his work and aesthetic most certainly are. He has also been designing the decor for the annual Met Gala since 2007, and was drafted by Vogue editor-in-chief Anna Wintour for both the Met Ball and the Tonys. Wintour serves as a consultant to the Tony Awards, according to E!.

The rainbow backdrop provides a powerful and memorable accent to every artist and outfit that poses in front of it. It's so much more stunning than a snoozy and standard step-and-repeat banner, too.

Wintour also succinctly summed up the importance of Broadway shows and why this particular awards show and all of its accompanying statements matter right now. "It generates conversation and thought — there is simply nothing like live theater," she told The Hollywood Reporter. "At its best, it is an electrifying, uplifting experience that makes you think in new ways about familiar things."

The Tony Awards and its backdrop called even more attention to all of those points.