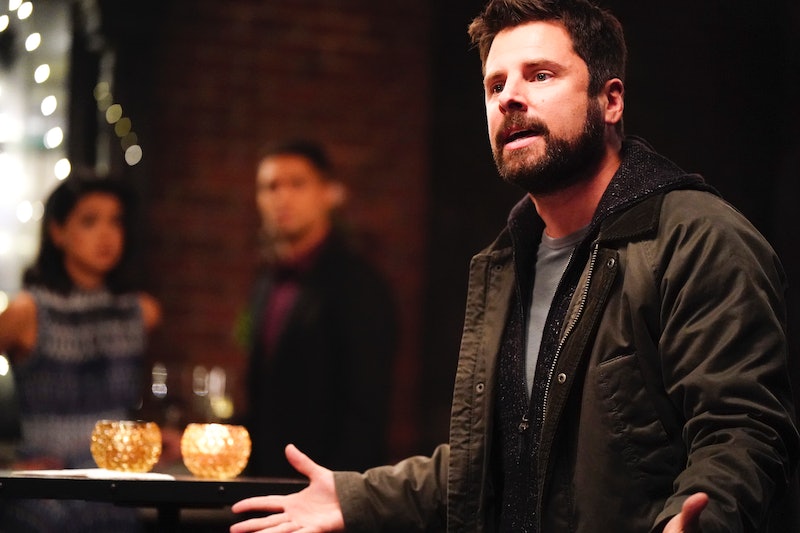 The mystery of who Ashley really is and what is Maggie going to do about treatment and will Delilah ever tell hr friends that it's not Jon's baby will just have to wait because A Million Little Things isn't on tonight, Nov. 14. It will also, sadly, not be on Nov. 21 either. The show's taking a little break before resuming its normal scheduling at the end of the month.

According to TV Guide, in its place on Nov. 14, ABC is airing the CMA Awards — three hours of Brad Paisley, Carrie Underwood, and country music's finest. The annual awards show begins at 8 p.m. ET. Then, on Nov. 21, ABC has some light day-before-Thanksgiving programming scheduled in A Million Little Things' place. You can catch A Charlie Brown Thanksgiving (8 p.m. ET) and Thanksgiving episodes of Modern Family and The Goldbergs at 9 and 10 p.m. ET.

After its short break, A Million Little Things will be back on Nov. 28 with the brand new episode "Fight or Flight." According to the episode synopsis from the press site, it's going to be quite the drama fest.

"Recurring nightmares force Maggie to face a life-altering trauma from her past, while in real life, the group finally discovers that her cancer is back. Gary seeks help from an unexpected someone in order to make one final attempt at convincing Maggie to get treatment, but everything comes to a head at Regina and Delilah’s first tasting party at the new restaurant, leaving this circle of friends to wonder if things will ever be the same."

The episode press release also notes that Sam Huntington and Henderson Wade will gust star. Huntington plays Tom, Maggie's ex-boyfriend — so perhaps Maggie's life-altering trauma has something to do with him. Wade, meanwhile, plays Hunter, the hot lawyer from Katherine's firm and her new love interest.

Photos from the episode give a further sneak peek into what fans can expect when the show returns from its brief hiatus.

Things are still a little frosty between this pair since their split.

Sure, bring him to Regina's tasting party. That makes sense.

Ashley & Her Bucket Of Secrets Are There.

Girl, I wanna trust you — but stay away from Gary until you let us in on what's going on.

Maggie & Gary Have Yet Another Tense Moment Together.

It doesn't seem like his last ditch effort to get her to go to chemo is working.

After its Nov. 28 episode, there are two more before its midseason finale, and then fans will be in for a long wait for the remaining seven episodes. In one or more of those, Constance Zimmer's secret character will make her return after she was last seen for a split second at Jon's funeral. It's likely that she'll turn out to be the mysterious Barbara Morgan from Jon's life insurance policy.

But rest assured that no matter how many twists and turns this show throws viewers, there's always a reason and a plan behind them. On Twitter, creator DJ Nash promised fans that he has "already mapped out the whole season." Now viewers will just have to wait to see how it all unfolds.

More like this
Laenor’s Fate On House of the Dragon Differs from The Book In One Crucial Way
By Kadin Burnett
Rhaenyra's Sons May Not Last Much Longer On 'House Of The Dragon'
By Grace Wehniainen
These Memes & Tweets About Alicent in 'House Of The Dragon' Prove She's The Queen Of Messiness
By Grace Wehniainen
How Much Are The 'Schitt’s Creek' Stars Worth?
By Hugh McIntyre
Get Even More From Bustle — Sign Up For The Newsletter