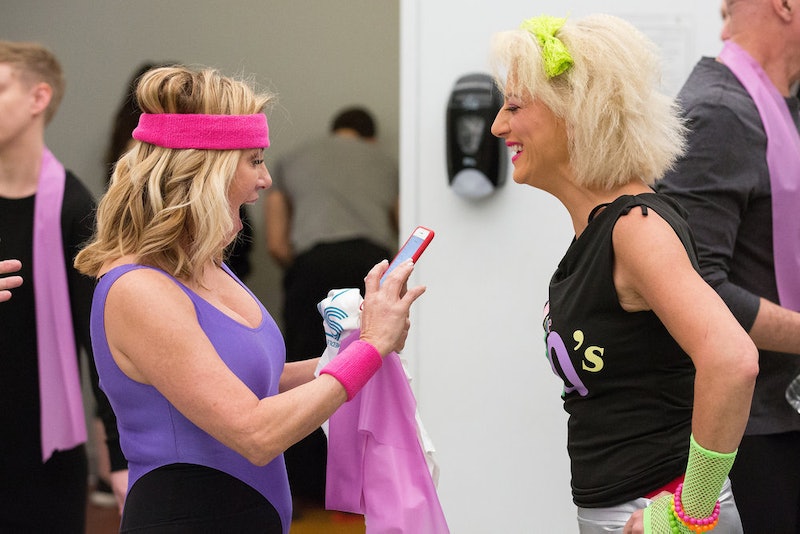 Wednesdays are the best day of the week. Or at least they were thanks to Real Housewives of New York. However, there isn't a new episode this week. What's with this break in the schedule? Why isn't Real Housewives of New York on on June 19? Will fans have to wait a whole week to see what happened after Bethenny Frankel unleashed her fury at Luann de Lesseps in Miami? Thankfully, that's not the case.

Actually, RHONY just left Wednesday nights for the rest of the season. Instead, the show will be on at the same time, 9 p.m. ET, but on Thursday nights instead. There was no reason given for the change in schedule, but it was announced on one of the commercials during last week's episode. On Wednesdays, Southern Charm will be on at 9 p.m. ET instead of at 8 p.m. ET, with a repeat from last week's episode taking its previous time slot.

Maybe Bravo executives just thought that it made sense to put the two major shows on separate nights. It kind of does — especially for the super fans who love catching the rerun episodes earlier that day. Now, there can be a full day of Southern Charm content on Wednesday and a full day of Real Housewives of New York repeats on Thursday leading up to a new episode. That's a gift.

It's definitely a bummer to wait eight days after that "to be continued" ending from last week's episode to see what happens next, but next week the RHONY fans will already be accustomed to the new routine.

Who doesn't want to watch new Bravo programming every night of the week? Plus, Project Runway had its season finale last Thursday, freeing up the time slot. It makes perfect sense for Real Housewives of New York to take over with its own night, especially considering the drama in store for the rest of the season.

Aside from the conclusion of the over the top Miami trip, there's a lot more coming up. On Thursday's episode, the cast heads back to the Big Apple. We get to witness Luann recording her latest single "Feelin Jovani," which is bound to be material for Luann's cabaret show, if it isn't a part of the setlist already.

However, Ramona Singer is over the cabaret, just like the rest of her costars. In the next episode, she plans a surprise birthday party on the same night as the Countess & Friends Cabaret show. Considering how much most of the cast members have complained about Lu's show, it's very likely that the ladies would choose Ramona's party over the Countess's performance. Not only that, but Dorinda Medley hosts a 1980's themed aerobic workout class to benefit charity. And, yes, the Housewives are dressing in theme: Neon leggings, headbands, and leotards included. There are few things more enjoyable than watching Real Housewives argue in costume.

Yes, it's disappointing that there's no new episode on tonight, especially for fans who had no idea about the schedule change. However, the show is back in full swing tomorrow, starting out right where we left off, with Bethenny's annual freak out.