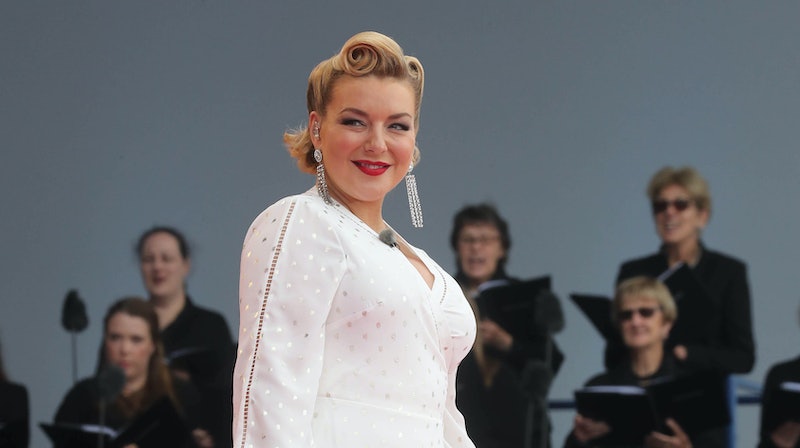 Fans of the legendary BBC sitcom Gavin & Stacey got some good news when it was announced that the series will return to our screens during the 2019 festive season. News of the upcoming Christmas special first emerged after actor turned late-night TV host, James Corden, announced the secret project on social media. The one-off episode will reintroduce us to our favourite Gavin & Stacey characters, however, it has been reported that one star of the show will not be returning. But why isn't Sheridan Smith in the new Gavin & Stacey?

According to the Radio Times, the 37 year-old actor addressed her absence from the special during an interview on BBC Radio 2’s The Zoe Ball Breakfast Show. When asked if she'd be reprising the character of Ruth 'Rudi' Smith, she replied, "I wish. No, I’m not going to be in it. I don’t think, anyway." Smith didn't reveal any particular reasons as to why she won't be part of the Gavin & Stacey special, however, the actor did state that she'd be more than happy to recreate a famous scene from the show in which she rapped alongside her former co-star, James Corden. During the interview, she said, "I could do my rap again. I love it!"

According to The Sun, Smith played Corden's on-screen sister in the BBC series, and despite not starring in the festive TV special, the Cleaning Up star sent her former co-stars nothing but good vibes. Speaking to the newspaper, the actor said, "Like everyone, I can’t wait to watch the Christmas Special. I’m so proud to be have been a part of something so special."

Corden originally created the sitcom with co-star Ruth Jones, who played the formidable Vanessa Shanessa 'Nessa' Jenkins in the series. According to the Mirror, the Late Late Show host previously revealed that once he and Jones came up with an idea for a reunion, they would go ahead with it despite the fear of high expectations. Speaking about the show's revival, Corden said, "we owed it to the ­characters. Let’s see what they’re doing. We wanted to see if there was something there. Once there was, my feeling was, life’s too short. Fear is the absolute reason to do it. This sounds ­ridiculously deep but none of us are promised tomorrow. We’re here for a minute, you have to try to do it all."

As reported by Digital Spy, show-creators Corden and Jones released a statement following the announcement of the Gavin & Stacey Christmas special. In the statement, the actors said, "Over the last 10 years we've talked a lot about Gavin & Stacey — where they might be today and what their lives might look like. And so in secret we took the plunge and wrote this one hour special. We’ve loved revisiting Barry and Essex again and bringing the characters back together has been a joy. We're so excited to get the chance to work with our fabulous cast and crew once more and to give fans of the show a festive treat this Christmas."

So, it sounds like the show's cast are just as excited about the Gavin & Stacey Christmas special as I am. December cannot come soon enough.