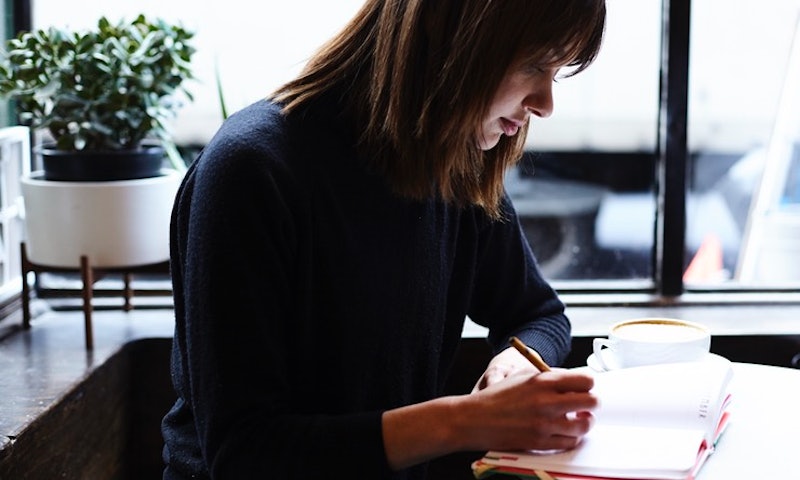 When it comes to investing for retirement, a lot of us don't know our 401(k)s from our piggy banks— and it's really time for that to change. Money is not only a feminist issue, it's a way of demonstrating autonomy and independence. It's the power to make your own decisions. It buys you guac. You need to sort it out.

And as far as retirement goes, a look at two of the most common options — traditional and Roth 401(k)s — has found what looks like a clear winner in terms of spending power. Researchers from Harvard Business School looked at range of companies with at least 10,000 employees and found that, when it came to traditional and Roth 401(k)s, Roth came out on top. (Don't worry if you're self-employed like moi — the same logic applies to IRAs!)

Now quickly, the basic difference between the two is straightforward. With a traditional 401(k) you can invest a certain amount without paying taxes on it, though you are taxed on the total earnings when you cash it in. With a Roth 401(k), you pay the taxes now but, when you're retire and access the money, it's all your dolla dolla bills. You can make it rain as you wish.

The reason that Roth 401(k)s came out on top is because it seemed like, in practice, there is a 'rule of thumb' amount that employees decide to invest— whether they're going to be taxes on it or not. And when that's the case, Roth accounts do better. Why? Well, luckily, John Beshears, a behavioral economist and assistant professor of business administration at Harvard Business School spelled it all out to the Wall Street Journal. And we can reap the benefits.

Listen to the numbers. Numbers don't lie. Of course the difference is that you will be taxed on the income you save now, which you wouldn't be with a traditional 401(k) or IRA. But if you can hack the taxes short term, there are long term rewards to be had.

Now it's important to note that he doesn't explicitly recommend the Roth 401(k). "We’re not recommending the Roth 401(k) necessarily, but it does seem conducive to increased savings," he explains. Why wouldn't you want to use it? Well, for one, the tax break that often comes with a traditional 401(k) or IRA, might mean a lot to you right now. And if paying taxes now means that you can afford to invest less, that may affect you long-term savings.

Ultimately, it's a personal decision and one you should educate yourself for. But what they are saying is that, if you have a golden amount you're planning to invest no matter what, Roth IRAs seem to give you more spending power later on. So if you have a 'rule of thumb' amount that you want to invest, considering going Roth.