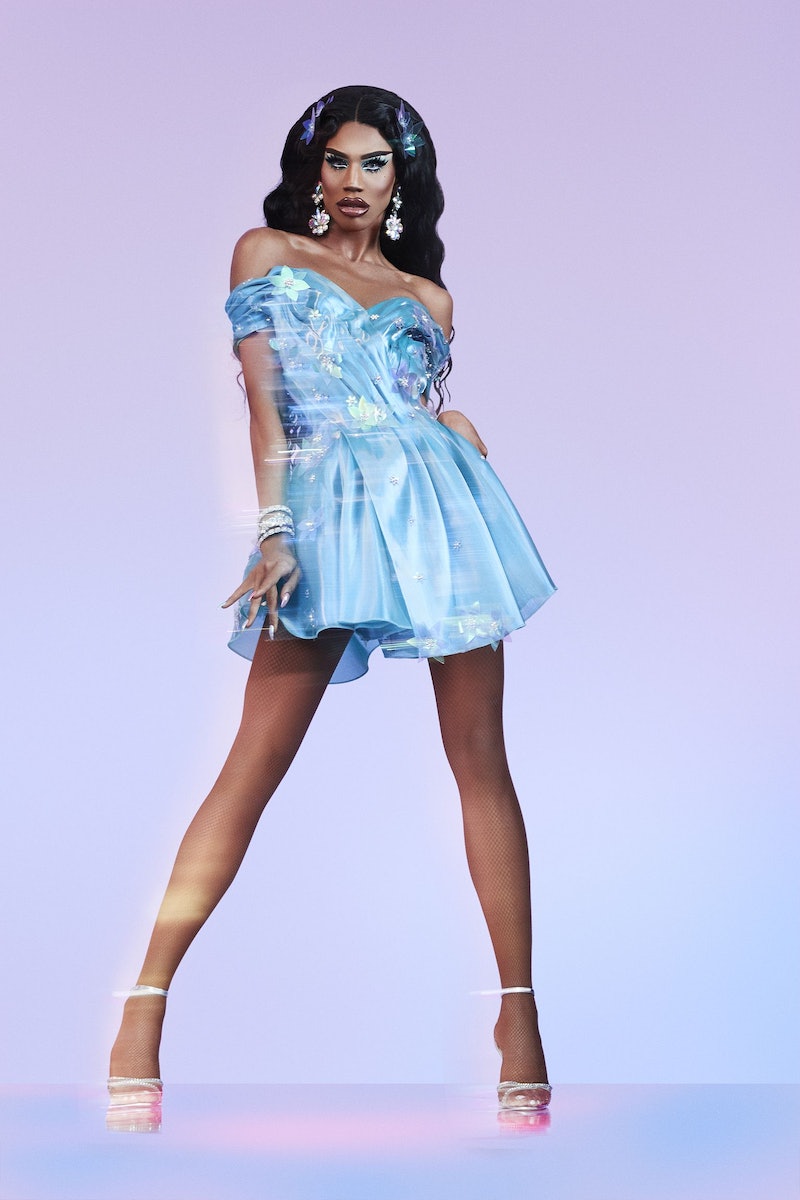 Spoilers ahead for RuPaul's Drag Race: All Stars Season 4 Episode 7. Over the past two weeks, RuPaul has taken Drag Race fans on a death-dropping journey of twists and turns. In one of the most epic comebacks of the show's her-story, Latrice Royale returned to lip-sync for her life, and it worked: she's back with a vengeance. Now, the queen count is back up to seven crowns, and in the midst of all of the hubbub, one queen in particular was — undeservedly — pushed to the background. She may be the youngest in the competition, but All Stars' Naomi Smalls is the season's most underrated queen, and it's time to give credit where it's due.

Let's not forget that Naomi was a mere 21 years old when she strutted her way into the top three on Season 8 of Drag Race. She "put the leg in legendary," yes, but those lengthy limbs aren't the only reason she was invited back to compete with the best of the best. So far on All Stars, she has given some of the fiercest runway looks (Hello, Swerves and Curves housewife and freaking Prince!), and proven that her talent does not end where the catwalk begins.

She perfectly portrayed a fainting Wendy Williams circa Halloween 2017 in "Snatch Game of Love," crown of liberty and all, and the judges completely overlooked her hilarious performance in the "Jersey Justice" comedy challenge. In the court room, she embodied Stefani Angelyne Ricotta "like the cheese" Permanata who owned a mobile dog grooming service attached to her "boyfriend Vinny's '87 mustang." Snooki must be so proud of her poodle-style pouf and leopard print mini-dress.

Instead of being recognized for such brilliant character development and attention to detail, Naomi was overshadowed by Manila Luzon in both of those challenges. She has cleared the top three multiple times, but was never enough to make it to the top two, and fans are not having the injustice. She has been consistently safe — never in the bottom. Her looks are always pristine. Essentially, she's been robbed of win after win after win.

As if that wasn't detrimental enough, Naomi paid the ultimate price when she was paired up with Valentina for this week's "Queen of Clubs" challenge. The duos (and one trio) were tasked with delivering a concept for a night club and then bringing it to life. As everyone knows, Valentina prefers to live her "french vanilla fantasy," and being a club owner was apparently not part of it.

That left the bulk of the brainstorming and execution up to Naomi, and like the doll she is, she simply persevered without much complaint. Even when she told the other girls that she did 80 percent of the challenge's work, she said it without hate or angst. But, unfortunately, that didn't keep her from paying the price for her team's lack of direction. She ended up in the bottom two with Valentina.

The All Star rules have returned from suspension, so it was up to the top two, Latrice and Trinity the Tuck, to choose Naomi's fate. Naomi knew she didn't deserve to go home, but she also knew that sometimes, friendship is worth more than performance, and Valentina is definitely well-loved.