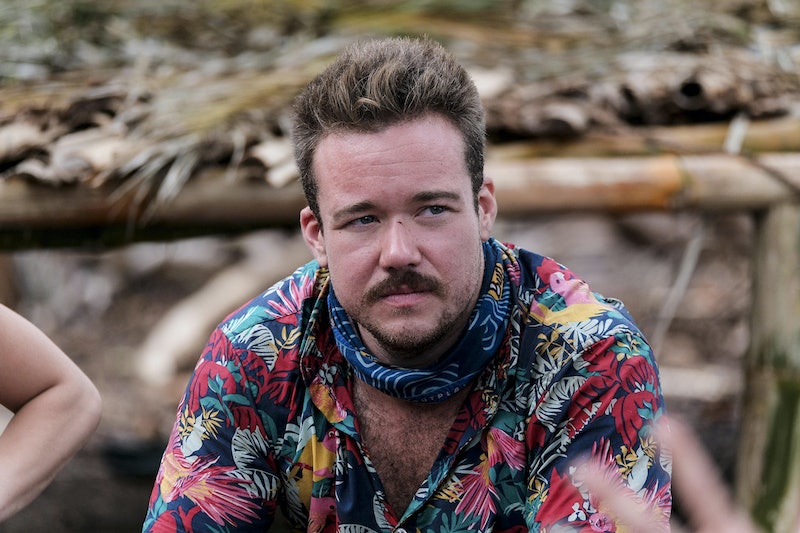 Popular reality TV game show Survivor is no stranger to controversy or to nasty animosity. Over the show's 34 seasons, fans have been treated to backstabbing, sabotage, and drama galore. However, the venerated program saw an ugly turn this week when cast member Zeke Smith was outed as a transgender man by fellow competitor Jeff Varner in a bid to get Smith branded "deceptive" in the game by his fellow cast mates, whom he had not yet told about being trans. (Varner has since issued an apology on Twitter.)

Unfortunately, Varner's behavior is nothing new for trans people. One of the most pervasive and stubborn myths about trans folks is that we are inherently deceptive, particularly in moments where we do not disclose being trans to those around us. Though gender identity and transgender status are both very personal, private issues, many cisgender people seem to believe that they are entitled to know this information about literally any trans person they encounter. Trans men are often accused of being deceptive in order to gain status or social privilege, whereas trans women are frequently accused of being deceptive in order to secure sexual partners. Both beliefs are complete fabrications, but incidents like the one between Smith and Varner continue to perpetuate them in the public consciousness. Most disturbingly, the myth of the "deceptive" trans person continues to be a frequent "justification" for murder.

Also frustrating is that Verner is gay and should absolutely have been aware of the dangers and violence associated with forcibly outing people. Instead, his actions end up demonstrating the deep disconnect that exists between the more privileged members of the LGBTQ community and trans people, and the still-entrenched transphobia among many cisgender gay people.

Trans folks have a great number of reasons for choosing to keep their trans identity private. First and foremost, disclosing being trans puts us in danger. The transgender community faces horrifying levels of harassment, discrimination, and violence with almost no legal framework in place to protect us and no recourse when it happens. Choosing not to disclose functions as a way to limit our exposure and mitigate some of the risks we face for simply being ourselves. Second, many of us are simply exhausted by the fact that our transness takes front-and-center in almost every conversation with other people. It can be frustrating and a dehumanizing when people see you as trans and very little else. Not disclosing or being careful about how we disclose can allow us the chance to be seen as whole people, to get out from under shadow of our own transness. Of course, some people are just rather private and do not want people to know the intimate details of their life, and that's also OK. This is private, medical information. No one is ever entitled to know whether a person is trans or not.

Varner permanently altered Zeke Smith's life, and took away a piece of Smith's privacy that he will likely never be able to get back.

Given the high rates of discrimination and violence faced by trans people, even the act of forcibly outing someone could be perceived of as violence and assault. It is an act that places that particular trans person in harm's way, and it is a violation both of their privacy, as well as their autonomy. And if you happen to be someone involved in their medical care, it's also illegal (as it represents a violation of HIPAA). Outing and threats of outing have a long history of being used against the LGBTQ community in general as tool for manipulation and blackmail, and the threat of disclosure remains a potent, nasty weapon wielded against both closeted pre-transition trans people (as was done against both Caitlyn Jenner and Lena Wachowski), and post-transition trans people living stealth to one degree or another (as was done to Essay Vanderbilt).

Varner went even further than conventional outing and outed Smith on national television. That's something Smith will now never be able to escape. Varner permanently altered Zeke Smith's life, and took away a piece of Smith's privacy that he will likely never be able to get back. And, given the fervent, rabid anti-trans hatred and fear that has been fomented by conservatives in the last few years, Varner selfishly placed Smith squarely in the crosshairs of any number of the aggressive anti-trans groups that makes the lives of nearly every public trans figure absolutely miserable. Jeff Varner's actions were nothing short of despicable, sacrificing Zeke Smith's safety and security for his own personal gain.

If anything good can be said to have come out of this incident, it's the cast of Survivor reacted in horror and anger, not at Smith for not sharing his identity, but at Varner for outing him. After making his bigoted claim, Varner was unhesitatingly voted off the show by the remaining cast, all of them expressing shock and anger at Varner's behavior. Even Survivor host Jeff Probst commented on the incident, telling Entertainment Weekly:

In 34 seasons of Survivor, I have rarely, if ever, personally commented on what is said or done in the game. But this is a unique situation that falls outside the normal boundaries. I cannot imagine anyone thinking what was done to Zeke was OK on any level, under any circumstances, and certainly not simply because there was a million dollars on the line. I think the response from the tribe, as it so often does, mirrors what the vast majority of society will feel. You just don’t do that to someone.

However, given the great degree to which trans women are demonized and vilified by media and the public, one cannot help but wonder if the cast and Probst would have been as kind and supportive had this incident occurred with a trans woman. I'm curious if we would have seen something rather different.

To his credit, Varner has publicly apologized (below) for his actions and appears to show genuine remorse, but there's little that can undo the kind of damage that he wrought on Smith's existence. As they say, there's no putting the smoke back in the bottle.

Smith seems to be doing his best to take the experience in stride, including writing a guest column for Hollywood Reporter about the incident:

But in calling me deceptive, Varner invoked one of the most odious stereotypes of transgender people, a stereotype that is often used as an excuse for violence and even murder. In proclaiming "Zeke is not the guy you think he is" and that "there is deception on levels y'all don't understand," Varner is saying that I'm not really a man and that simply living as my authentic self is a nefarious trick. In reality, by being Zeke the dude, I am being my most honest self — as is every other transgender person going about their daily lives.

At a time when trans people are risking assault and arrest for simply using a public restroom, our ability to control who when and when not to disclose being trans to strangers and acquaintances has taken on a even greater importance than ever before. We need to stop treating transness as public information, and we need to dismiss the notion that trans people owe anyone disclosure at any time. Trans people's bodies, stories, and identities belong to us and us alone, and only we have the right to decide when and where they are shared or made public.