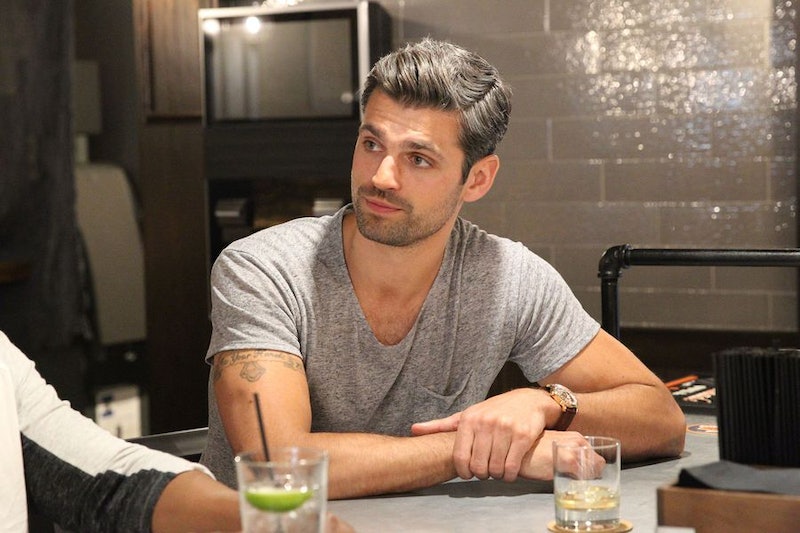 Whether you were rooting for Bryan Abasolo or Peter Kraus, Monday night's Bachelorette finale was a hard one to swallow. When the time came to have a real discussion with Peter about their future together, Rachel Lindsay decided to end things before they went any further because Peter wasn't willing to commit to an engagement so early in their relationship. Seeing them come face-to-face on the live show was heartbreaking, but it doesn't seem like Peter has any regrets. According to Rachel's runner-up himself, Peter thinks Rachel made the right decision by choosing Bryan instead of him.

This news is pretty shocking, considering how hard Peter was gunning to be her final rose winner. During their tearful Fantasy Suite conversation, he said that Rachel would be left with a "mediocre life" if she wasn't with him, and he admitted that he still has feelings for her during their encounter on Monday. But in an interview with People, he explained that he thinks Rachel still did what was best. Here's what he had to say:

“Relationships are all about sacrifice. She and I had been having a conversation/borderline argument for about three hours. I knew it was not going to end the way that I wanted. I knew the only way to keep her was to give her what it was that she was looking for. I decided that I would sacrifice my beliefs in order to prove to her that I was in love with her. It was too little, too late. She knew that it wasn’t where my heart was at the time. I think we probably would’ve resented each other for it if she had agreed. I do think she made the right decision in the end.”

As hard as their breakup was, it had to happen — mostly for the reasons Peter is pointing out now. He stated multiple times throughout the season that he didn't feel like he would be ready to get engaged without knowing Rachel for very long, and when it came down to it, that feeling never changed. But during their last date before the final rose ceremony, he admitted that he would propose if she chose him because he wanted to keep her, but that's probably wouldn't have a been a solid reason in the long run to make such a huge decision.

Getting engaged is exciting, and for Rachel, it was certainly her end goal on The Bachelorette. But if one half of the couple isn't totally ready when it happens, it will usually end in disaster. Peter's right to say that they probably would have resented each other for rushing into things, and if Rachel truly wanted a proposal, Bryan was her only option left standing.

It was so sad, but everything turned out for the best in the end — as long as Rachel and Bryan eventually make it down the aisle, which they seem determined to do.