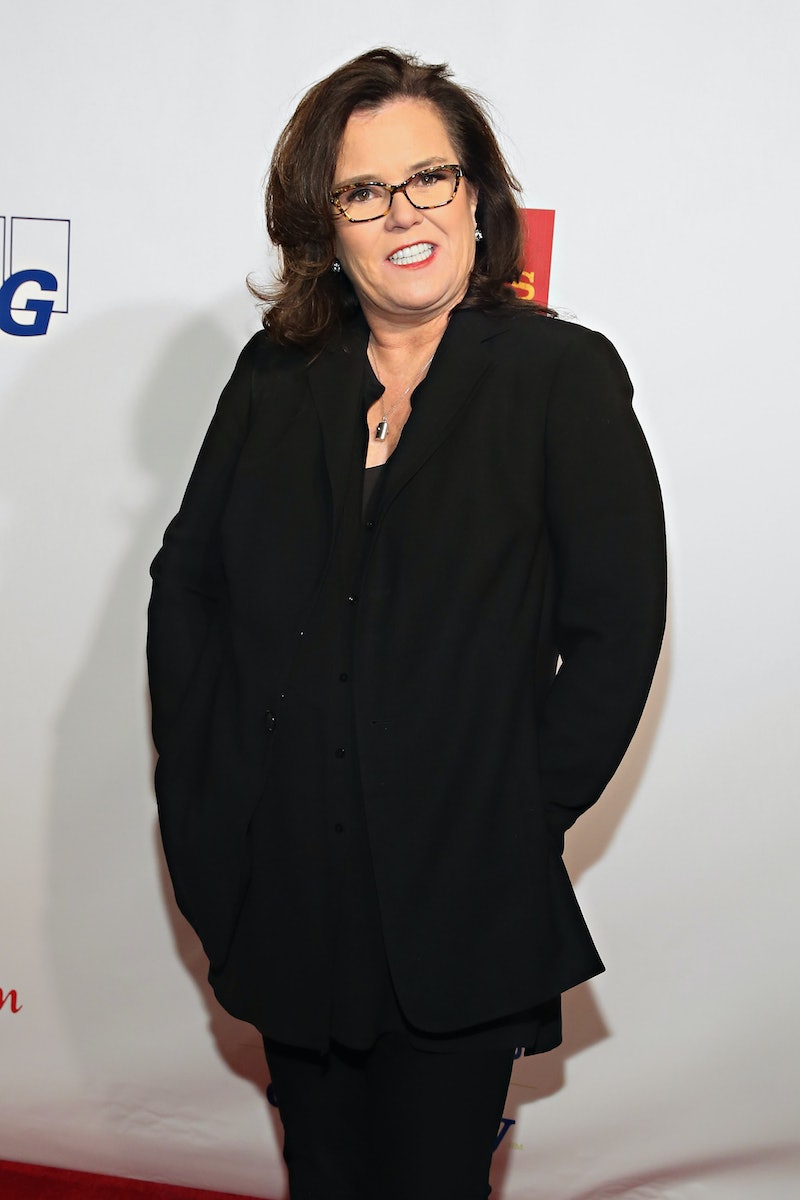 Don't look now, but after Melissa McCarthy's show-stealing turn as White House press secretary Sean Spicer on Saturday Night Live last week, there's already a public campaign to bring another funny woman into the fold to send up another male member of the Trump administration's upper echelons. This time, it'd be a casting choice that would probably send the famously mockery-conscious new president's anger levels through the roof. There are plenty of reasons why Rosie O'Donnell should play Steve Bannon on SNL, not the least of which being how President Trump would handle the twist of fate.

For years, Trump's vicious public attacks on O'Donnell have ranked as some of the most glaring examples of his penchant for public cruelty, both on and off of social media. The specific insults he's thrown at her are well-documented, and there's no need to rehash them here, but suffice to say, he really dislikes her. It's a strange fact that the 45th president of the United States has such a public record to his name, but after his upset Electoral College win last November, that'll forever be a part of American history.

But more to the point, beyond just the apparent ease with which SNL seems to have figured out how to troll Trump ― he clearly watches the show, having attacked Alec Baldwin for his portrayal more than once ― O'Donnell is a skilled and experienced comedic actor, and one who would surely bring an interesting, unexpected energy to Bannon's part.

Also, as the show demonstrated with casting McCarthy as Spicer, having a woman portray a male member of the Trump team is a much more nuanced and interesting endeavor than, say, all the times the show has gone the other way in the past. As Anna North noted in an insightful piece for The New York Times, the practice of having men portray women in sketch comedy is a tired, decades-old comedic trope, and one that's become both problematic and overplayed.

Specifically, it both deprives women of roles that would presumably be big showcases for their talents, a real missed opportunity within a show business status quo that's always privileged male entertainers over female ones. Also, it frequently results in lazy, hackneyed humor that regularly sidles right up to the line of transphobia.

The joke, oftentimes, is little more than "look at this man dressed up like a woman, saying stereotypically womanly things in a gruff voice, or as the case may be, a cracking falsetto." Depending on what angle you look at it from, it's offensive at worst, and at best stale, and increasingly unfunny and overplayed.

By contrast, McCarthy's portrayal of Spicer demonstrated clearly that SNL's writers can craft a scene around a gender-switched character that doesn't simply rely on those lazy tropes, but uses the comedian's innate talents (in McCarthy's case, paired with some A+ makeup) to shape an uproarious, unique performance. There's every reason to think the same could be true of O'Donnell as Bannon.

Also, it's worth noting that SNL's current answer to the Bannon question, putting Mikey Day in full grim reaper regalia, could stand a change. That's no knock on the job he's done. It's a clever enough angle on the deliberately dark reputation Bannon has tried to cultivate for himself. But considering how crucial a figure he is in the administration, and thus how much screen time he'll likely be getting, it's not a sustainable direction to take the character for much longer.

Oh, and needless to say, it'll make Trump mad. Considering that he was reportedly chaffed by the simple fact that Spicer was portrayed by a woman ― nice, right? ― the sight of one of his longtime enemies, and a famous woman no less, playing his chief strategist? In a role that will no doubt involve her manipulating Baldwin's dopey, know-nothing iteration of Trump?

You really couldn't script a scene more likely to incite a vehement, embarrassing, and utterly unpresidential tweetstorm, and that's surely a consideration over at the SNL studios. There are more than enough reasons O'Donnell is the perfect choice, and provided she's game, she ought to get a shot.