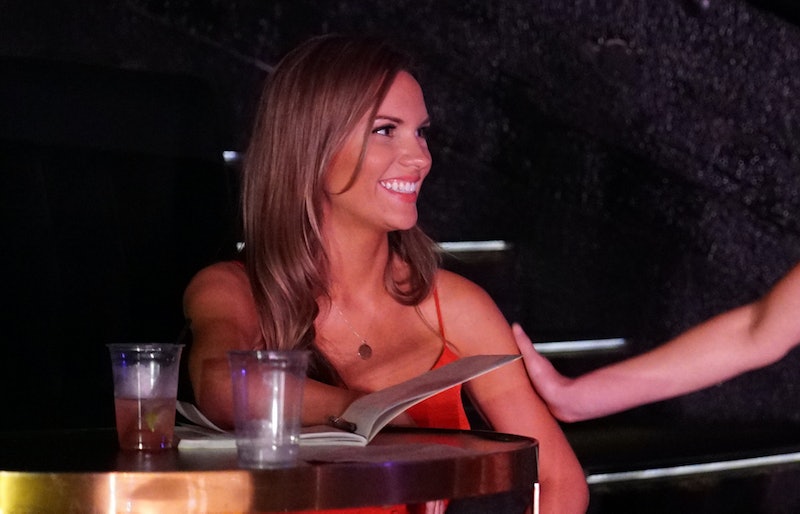 There are several women from Texas on Peter Weber's season of The Bachelor, but Savannah Mullins is truly Texas through and through. Or, more accurately, Houston through and through. The 27-year-old realtor has been a "proud Houstonian" for her whole life, according to her real estate site.

Her realtor website even lists the Houston high school she graduated from before going on to the University of Houston. (It was Clear Lake High School, if you care.) As a realtor, Savannah wrote on her website that she takes pride in being a true Houstonian herself and showing off "the best that Houston has to offer" in the housing market.

She's not just a member of her community in the real estate space. Savannah professionally cheers for the Houston Astros major league baseball team as part of the Shooting Stars. Savannah's bio on the Shooting Stars site says that she loves roller skating and country dancing and also "volunteering for the Houston Rodeo." It's her second season with the Astros team and she happily posted to Instagram that she will continue to be a Shooting Star through the 2020 season. See? Some Bachelor contestants go back to their real jobs after the show.

In addition to being a professional baseball fan, she's also a basketball fan — or at least a fan of Houston basketball. You can catch her at a Houston Rockets NBA game from time to time.

Savannah's love for Houston expands to all things great and small. Her Bachelor bio says she's taken to calling herself "The Turtle Princess," because she loves to sit on her porch and "feed the local turtles." Houston actually has a surprising amount of local turtles of all kinds thanks to all the "lakes, ponds, rivers, bayous, swamps, and marshes" in town, according to Houston's Nature Discovery Center.

But as much as Savannah is all about Houston and Texas, her Bachelor bio says she's also ready to get out there and explore the world — and the world of love. Her bio says that Savannah recently left behind a six-year relationship that ended when he allegedly slept with one of her friends. Having never really left Texas, she's ready for Pilot Pete to show her around the country and the world.

Things seem to go well for Savannah at least at the start of this journey. According to host Chris Harrison, she gets the first kiss. Press photos also show that she lands a group date hosted by Hannah Brown. (It's the one where they have to share their personal sex stories, so we're about to know a whole lot about Savannah fast.

Even if she doesn't win Peter's heart, she'll at least have won the opportunity to get out of Texas for a while. Although the self-proclaimed Turtle Princess was probably eager for filming to end so she could head back to Houston. Her turtles probably missed her! And the Astros needed her back to cheer them on, too. Houston just wouldn't be the same without Savannah.