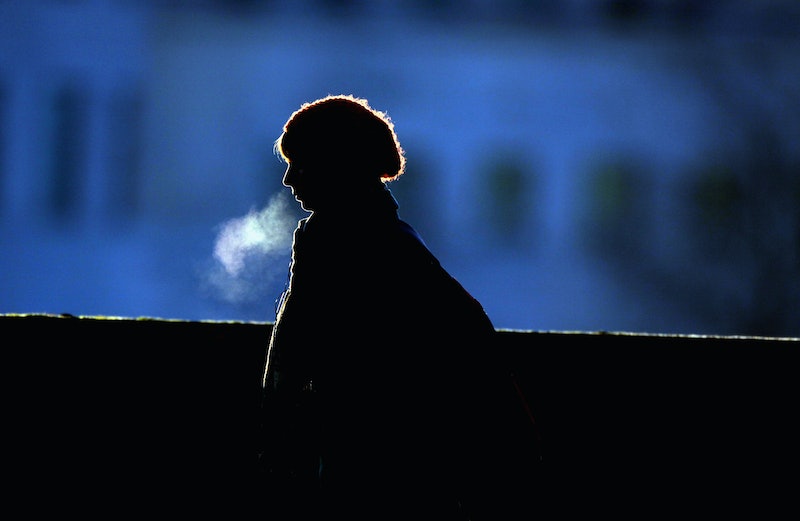 If you have skin and access to the outdoors, you may have noticed it’s really cold out. The Midwest in particular is experiencing what weather experts are calling the Polar Vortex 2019. Cities like Chicago are dealing with extreme arctic weather, with temperatures measuring as a low as minus 46 degrees Fahrenheit with the windchill. Yes, as in “46 degrees below zero degrees.” As in, “it would literally be warmer to sit in your freezer, which is probably set at zero degrees Fahrenheit.” It is almost unfathomably cold outside.

“Dry, extremely cold air can irritate the lungs, cause shortness of breath and trigger asthma attacks for those with lung-related diseases like asthma,” the American Lung Association said in a warning, according to the BBC.

Experts recommend, if you need to go outside, to keep your face and mouth covered with a scarf of mask. This will help warm the air you’re inhaling. I recommend you use this as an opportunity to not leave your house and binge-watch Netflix because IT’S LITERALLY TOO COLD TO TALK AND BREATHE OUTSIDE.

For those of you still doubting just how cold it is, I’m going to provide some context: it is so cold that the U.S. Postal Services has cancelled deliveries for the day. Yes, as in the “neither snow nor rain nor heat nor barking dogs nor work-from-home weirdos peering through their windows” postal service. “While our goal is to deliver the mail, we stand by the decisions of local managers and/or carriers when delivery is suspended due to an immediate, serious safety concern — particularly during changeable weather conditions,” a Q&A on the U.S.P.S. website states. If you live in Michigan, Iowa, Minnesota, North Dakota, South Dakota, Wisconsin, Illinois, Indiana, Ohio, or Pennsylvania, you won’t receive mail on Wednesday. So, save yourself the trip to your mailbox or even opening your front door.

It is so cold that people are posting Weather app screenshots on Twitter showing it’s the same temperature in Chicago as it is in Antarctica. It is so cold that schools across the country have cancelled today’s classes. It is so cold that if you blow bubbles outside, they will freeze instantly. Rather than use that as an excuse to brave the cold, just watch videos bubbles freezing from the comfort of the inside.

It is so cold that Chicago train tracks are being set on fire so they are warm enough to run. Yes, in order to keep the steel from freezing and keep trains moving, transit workers have set the tracks on fire. Welcome to 2019, we set our train tracks on fire now.

Also, just in case you need to ice out any climate change deniers: no, the Polar Vortex is not proof that global warming isn’t happening. In fact, as Caitlyn Kennedy writes for Climate.gov, an increase in global temperature has correlated with an increase in extreme weather, both hot and cold: “There is some evidence that cold season storms in the Northern Hemisphere have become both more frequent and more intense since 1950.”

Use the cold as an excuse to cozy up with a cup of cocoa, snuggle up with a bunch of blankets, and avoid talking to anyone at all. It's just what the experts recommend.