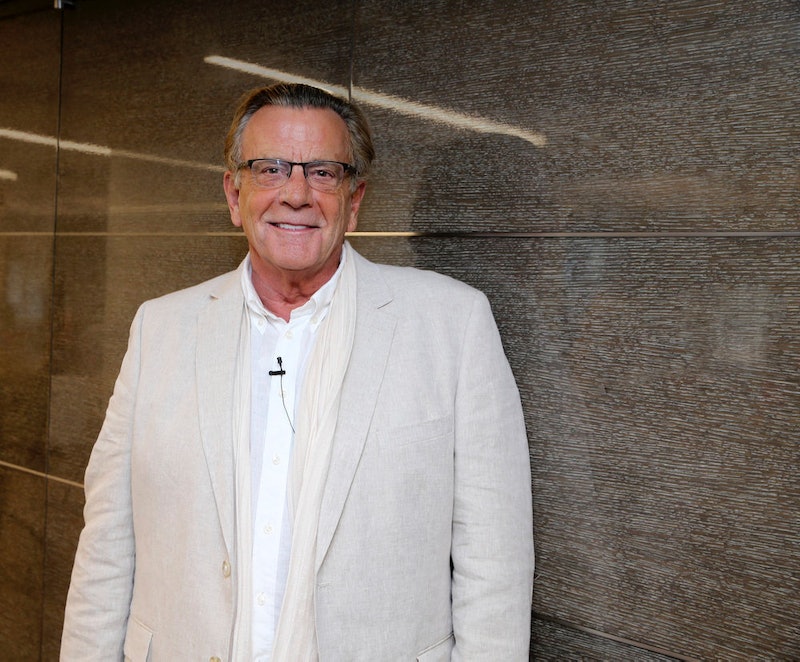 It's easy to hold onto convictions if they've never been challenged. That's something that defense lawyer John Henry Browne knows firsthand. The Oxygen's In Defense Of is a true crime docuseries that shares the experiences of lawyers who defended particularly notorious alleged criminals. And in the July 15 finale, airing at 8 p.m. ET, Browne opens up about his experience serving as counsel to convicted serial killer Ted Bundy. Though Browne, who is a staunch believer in the immorality of the death penalty, thinks that his former client was "born evil," that did not cause him to waver on his position.

"I just don't believe in death. I don't believe in killing," Browne says, speaking over the phone in early July. "You know, it never made any sense to me, even as a youngster, that you know, 'Thou shalt not kill, and if you kill, we'll kill you.'"

But for many who are familiar with Ted Bundy's case, the idea that anyone would work to prevent the serial killer from being put to death is hard to reconcile. He was one of the most prolific murderers in American history. The New York Times reported that Bundy is thought to be responsible for the murders of 18 to 36 young women all across the continental United States during the 1970s. He was convicted in 1979 of murdering two Florida State University sorority members, and convicted of the murder of a 12-year-old girl in 1980. The killer was sentenced to death by the electric chair.

Bundy used his charm and what The New York Times describes as "his all-American face" to lure women into his vehicle, often feigning an injury and asking for assistance. Browne claims that Bundy once confessed to him that the number of people he had slain was actually much higher than the official estimate of 36. His former lawyer says Bundy said he was responsible for the deaths of "over one hundred" women. At the time, Browne was bound by attorney-client privilege to keep the confession private, but he claims that Bundy later released him from that obligation, allowing him to share details of their interactions with the public.

But even though John Henry Browne worked to defend Bundy, he wasn't under any illusions that Bundy was innocent, or even a good person who made a tragic mistake.

He describes Bundy as a "sociopath" with a childhood history of killing animals, a killer who made and followed his own rules. Yet when asked how he justified defending a mass murderer, a person he so despised, Browne is quick to respond.

In fact, Browne only walked away from defending Bundy after it became clear to him that perhaps the killer didn't share Browne's determination to save himself from execution.

"I got a plea bargain for Ted Bundy to save his life. I think the general public would never believe it would be possible to get a plea bargain for Ted Bundy. But I did. Which involved four states," Browne explains, "And he was going to do it after we pressured him into it, pressured into it, and then he decided not to do it in a dramatic fashion. And that's, pretty much when he turned down the plea bargain, which would have saved his life, that's when I stopped helping him as a lawyer. Because I think to a certain extent he had a death wish."

In fact, Browne has a suspicion that Bundy might have actually ensured his own death penalty conviction. Bundy was executed by electric chair on Jan. 24th, 1989, after being convicted of three murders in Florida and sentenced to death for the murder of 12-year-old Kimberly Leach, per The Los Angeles Times. But it might not have been an accident that Bundy, who had been most active in Washington, Oregon, Utah, and Colorado, ended up tried and convicted in Florida.

"He asked me in the conversation we were having about the death penalty in Colorado, he said, 'Well, where would a person go to get the death penalty in the United States?'" Browne says. "And I said without hesitation, 'Florida or Texas.' And then when he escapes [from prison] the second time, he ends up in Chicago. If you want to get lost in United States, just stay in Chicago... but then he goes to a small college town in Florida? I mean, it's just like... I think you can put facts together, which would support the conclusion that he had a death wish."

Browne's belief that no one deserves the death penalty, not even Ted Bundy, did falter once — but not while he represented the serial killer. Before he ever met Ted Bundy, Browne's girlfriend Deborah Beeler was murdered in Berkley, California. This personal tragedy caused Browne to, briefly, reconsider his position.

"After Debbie had been murdered, I was a believer in the death penalty for about a year or so because I thought anybody that would take her life deserved to be ripped apart piece by piece," Browne recounts.

But one powerful experience changed his mind, once again turning Browne into an anti-death penalty advocate. "I had this really powerful dream ... where I was convinced that Debbie was in my room, in my little studio apartment in Chicago, and that she said to me in this dream, 'Don't honor me by believing in things I never believed it,' because she was very anti-death penalty," Browne says. "So that's what turned me around completely, because I figured the message of Debbie was, you know, help keep people from the death penalty ... I turned back around and became a fierce opponent of the death penalty." Browne's advocacy applied to all people — even Ted Bundy.

Though Browne viewed his work attempting to save Bundy from the death penalty as important, he still suffered from moments of doubt. "Clearly the most difficult time in the case is when Ted told me he and I were so much alike," Browne shares. "Walking out of the jail cell in Tallahassee, Florida one time, he said, 'Oh, by the way John, you've been my lawyer and legal consultant for so long, because we're so much alike.' And I almost got sick to my stomach on the spot. I went back to the cheap hotel I was staying at in Tallahassee and basically just looked in the mirror and said, 'Do I really want to do this for a living?'"

But despite this moment of doubt, John Henry Browne has continued his legacy of fighting for everyone's right to life, even criminals. He has represented people such as Colton Harris Moore and Sergeant Robert Bales, and was instrumental in helping establish the existence of Battered Woman Syndrome, a condition suffered by women who have endured physical and emotional abuse from intimate partners or family members, which might lead them to commit crimes. "I'd much rather be known for representing, you know, the battered women, Colton, Sergeant Bales, all of them were good people," Browne laments.

Though it's been years since Browne represented Ted Bundy, the legacy of the serial killer has been hard to shake.

"I really I don't really want to be known as Ted Bundy's lawyer but unfortunately, I think it's too late," Browne says. "I actually remember one time I did a small case in a small county and the local newspaper, which is just a rag, said 'Local Drug Dealer Hires Ted Bundy's Lawyer.' That's the headline. That's just ridiculous ... in some ways [defending Bundy] helped my career, in some ways it's hurt my career." Asked how the case affected him personally, however, and it's harder for Browne to pin down specifics. "I don't know the answer to that. I think it still does," Browne responds simply.

Browne, who tells me he was never charmed by Bundy, and saw him as a "caricature" trying to portray himself as an Ivy League man, nevertheless couldn't shake how disturbed he was by the fact that Bundy had claimed they were so much alike. What did it mean? Browne got the chance to ask Bundy some time later, in Miami, Florida.

"He said well, if he hadn't have gone down what he called 'the dark side', you know, quote unquote, he would've wanted basically to be me," Browne shares of his conversation with the convicted killer.