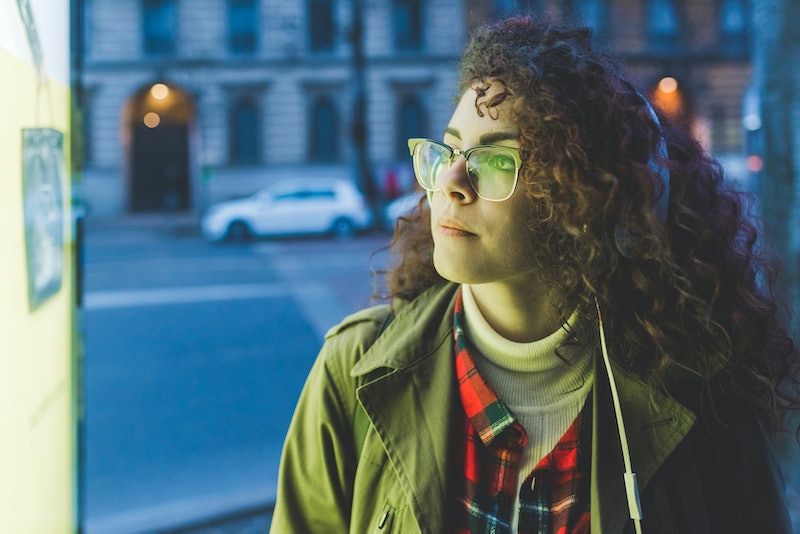 In case you somehow missed it, the internet was recently baffled over a controversial piece entitled 'Why I won't date hot women anymore.' By weaving together some dating anecdotes from a handful of people and citing a couple studies, the piece made the argument that hot people aren't worth dating, because they have no value or interests outside their physical appearance. Um, what?

Needless to say, folks were a little perplexed, and wondered whether the people in the article could possibly be serious. One of the most notable bits in the piece came courtesy of 40-year-old private equity executive Dan Rochkind, who said that his (very hot) fiancée was "a softer beauty" compared to all the models he once dated. He also kinda-sorta implied that attractive women are all vain, dull, vapid creatures who make for terrible dinner company. Rochkind told the NY Post:

“Beautiful women who get a fair amount of attention get full of themselves. Eventually, I was dreading getting dinner with them because they couldn’t carry a conversation.”

Though people were pretty understandably pissed off about that implication, Megan Young, one of the women quoted in the piece, tells Bustle that the author "misrepresented what the article was about" and "completely twisted [their] words," so it's possible that Rochkind and the others don't really believe that 'bang-able' and 'smart' are mutually exclusive traits. (Bustle also attempted to reach out to Rochkind for comment and will update the post if he responds.)

Although Rochkind's quotes might have been taken out of context, I think it's still important to talk about the piece's underlying implication that women can't be both sexy and smart — which is seriously offensive and demeaning — because unfortunately this is something that people still believe. "Saying all hot women are incapable of intelligent conversation is like saying all blondes are dumb, etc.," Amber Soletti, dating and relationship expert and owner of On Speed Dating and Single In The City, tells Bustle. "It's just a stereotype which may on more than one occasion be true but is far from being applicable to everyone."

This should go without saying, but regardless of your gender, duh, it is possible to be both physically attractive as well as intelligent, successful, and literally any other trait that exists. "Women can be attractive AND smart," Kelley Kitley, LCSW, tells Bustle. "Women with the whole package intimidate men — especially those who are insecure!"

The idea that someone's physical appearance dictates the kind of person they are is not just wrong — it's harmful. When you put people into boxes based on the preconceived notions you have of them, you're closing yourself off to the possibility of making a connection with someone worthwhile. It's normal to have deal-breakers, but being an open-minded dater is your best chance at finding a lasting relationship, because you're unrestricted by a set of arbitrary rules about who you can be interested in.

Sure, not dating someone based on looks alone is an important reminder — but not in a way that makes sweeping, outdated generalizations about women (and all 'hot' people, really). More than anything, this conversation serves as a reminder of why we need feminism. In 2017, it should be a no-brainer that women are capable of everything that men are, and someone proclaiming they don't date hot women is subtly perpetuating a version of the Madonna-whore complex: sexy equals unworthy, while beautiful equals marriage material. It's assigning women worth based on their (totally subjective) level of attractiveness.

Ultimately, the takeaway is that it's not OK to view women (or anyone) as 'lesser' or inferior based on how they look. Regardless of your genitalia, gender identity, or sexuality, you can be smart and capable and whatever else you want to be. And if you also identify as hot af, more power to you — we all know you're definitely still worth dating.