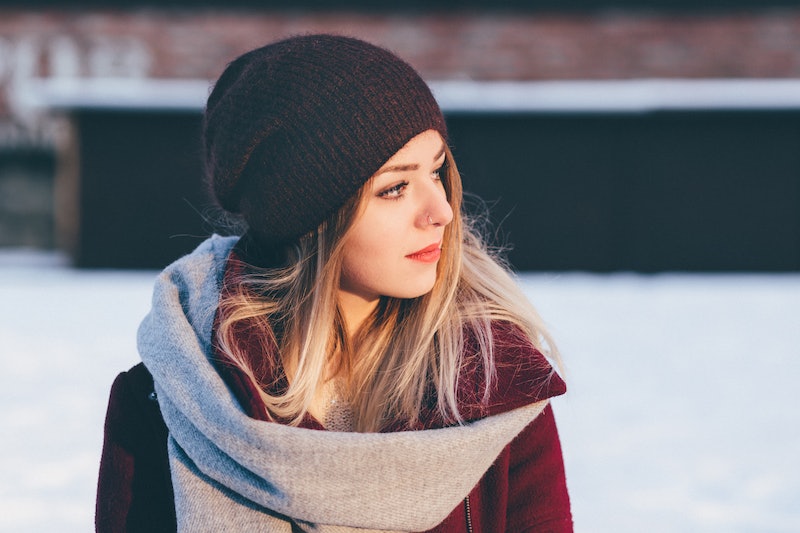 Its nuances are different for everyone, but in the end, feminism comes down to equality. That's what makes it so frustrating to hear people say we don't need feminism. It's frustrating to hear from everyone: Men, many of whom apparently believe sexism is over; women, particularly those who are benefiting at that very moment from decades of work by feminists fighting for equality (ultra-fashionable poodle skirts aside, does anyone actually want to return to the days of meeting your husband at the door with a martini and a perfect manicure?); literally everyone. No matter where the sentiment is coming from, though, it's complete and utter nonsense.

In the past, arguments against feminism didn't have to be much more complicated than "because it goes against tradition," but today, sexism is a little more subtle. In fact, some people say we don't need feminism anymore because gender equality has already been achieved. Unfortunately, sexism may not always be as overt as it used to be, but it still exists.

Few people would come out and say a woman's place is in the home, for example, but we're still expected to juggle a career and the vast majority of housework. Despite widespread acknowledgment of the problem, the wage gap persists in virtually every profession; what's more, it's often blamed on women's personal choices rather than systemic biases like the motherhood penalty. Rape culture can be seen in court cases like that of Brock Turner, the man who was released early from an already-light sentence of six months for multiple accounts of sexual assault. During last year's trial, Turner's father described his son decision to assault an unconscious woman as "20 minutes of action," demonstrating an all-too-common disregard for the humanity of the woman who was assaulted. In short, women may have the right to vote, but misogyny isn't over by any means.

Another argument that pops up against feminism time and time again is that the movement is whiny — that women exaggerate their disadvantages to get a leg up on the competition. This is often combined with a similar argument: Feminism is intended to replace the patriarchy with a matriarchy, putting women in the position to oppress men.

These both stem from a misunderstanding of what feminism means. Women are most obviously disadvantaged by the patriarchy, but men are ultimately hurt by gender norms as well. Sexism goes both ways; while women are expected to be nurturing and sensitive, men are taught to suppress any emotions other than aggression. Women are supposed to guard their virtue; men are supposed to be up for sex at any time. These sexual politics influence cultural perception of the LGBTQ community as well — just as any lesbian who's been told she's queer because she "hasn't met the right man" can tell you, not to mention the fact that sexism has a habit of erasing every other gender on the spectrum. In the end, rigid gender norms trap everyone in a web of expectations.

Feminism is about giving everyone the opportunity to start on equal footing, and it's still relevant today, especially with the current shift in American politics looming ahead. At best, claiming that we don't need feminism is naive, and at worst, it's sexist nonsense. Everyone benefits from gender equality — no matter what gender they are.