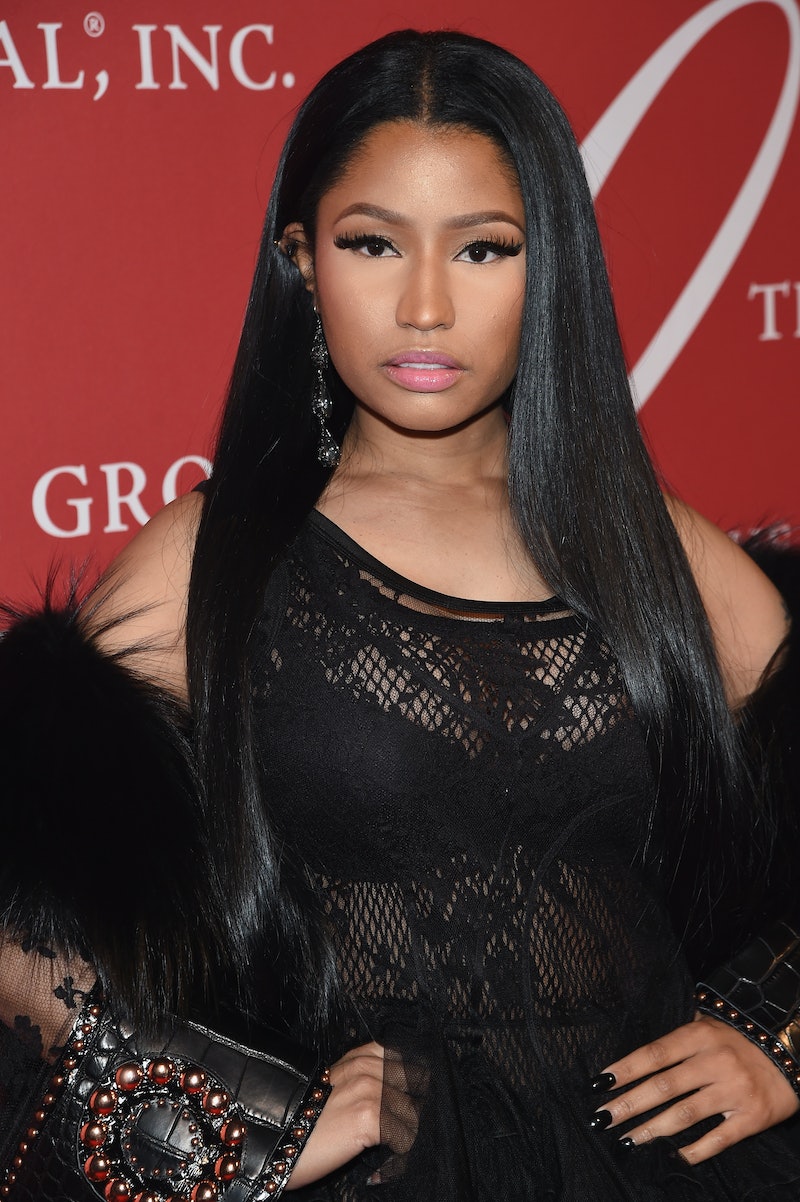 During the last 48 hours, the internet has been in a frenzy over Nicki Minaj and Remy Ma’s rap beef. Minaj allegedly took shots at the Bronx-born artist on her new track with Gucci Mane, “Make Love,” and Jason Derulo’s “Swalla”. Remy Ma responded by hopping on Nas’ classic Jay Z diss track, “Ether” and maligned the Young Money rapper for seven minutes, titling the track “ShETHER." Nicki Minaj and Remy Ma are not the first women in hip-hop to beef or battle, nor will they be the last. Battling has been a part of hip-hop culture since its inception, and women have always participated. We shouldn't discourage women rappers from battling in the name of some false feminism — in fact, we should relish them participating in this rich hip hop tradition.

In fact, it was a woman who started one of hip-hop’s biggest battles in history. In 1984, Queens-bred emcee Roxanne Shante recorded “Roxanne’s Revenge” as an answer to UTFO’s “Roxanne, Roxanne,” at the tender age of 14. This inspired a myriad of response tracks from UTFO and others, which would later be known as “the Roxanne Wars”.

Arguably, hip-hop’s greatest artists have all participated in a rap beef or two. Canibus vs. LL Cool J. Tupac vs. The Notorious B.I.G. Jay Z vs. Nas. Lil Kim vs. Foxy Brown. Boogie Down Productions vs. the Juice Crew. Jadakiss vs. Beanie Sigel. Common vs. Westside Connection. Drake vs. Meek Mill. The list goes on and on, but it seems like only when women emcees beef does criticism arise in regards to battles being bad for feminism, or about how women should support each other because there’s a lack of women hip-hop artists.

It is problematic to discourage women rappers from participating in battling and beef. It excludes women from an integral part of the art form, while male artists are still partaking in this tradition without being told that they should support each other and play nice.

It's true that women in hip hop have shown solidarity in the past. In the '90s, various women emcees, including Lil Kim, Missy Elliott, Lauryn Hill, and Foxy Brown were heating up the radio waves. The four even appeared on a classic Vibe magazine cover together in 1998. A year before, Kim, Elliott, Da Brat, Angie Martinez, and Left Eye topped the charts together on Kim’s “Not Tonight (Ladies Night Remix).”

But, though unity is great and can take on brilliant forms like the aforementioned, it is problematic to discourage women rappers from participating in battling and beef, as a previous Bustle article did. It excludes women from an integral part of the art form, while male artists are still partaking in this tradition without being told that they should support each other and play nice. It also sends the message that women aren’t allowed to be angry, competitive, expressive, egotistical, or critical. As Nigerian author Chimamanda Ngozi Adichie says in her book, We Should All Be Feminists, “We spend too much time telling girls that they cannot be angry or aggressive or tough, which is bad enough, but then we turn around and either praise or excuse men for the same reasons.” When we ask women to stop battling, hold hands, and sing “Kumbayah,” it’s another way of saying shut up and stay in your place, as if that’s not already a huge part of the problem.

And, although mainstream hip-hop has gotten away from true lyricism, let’s not forget that battling and showcasing your lyrical capability is a part of the culture's essence. Before battles were ever recorded in a studio, emcees would gather in parks, at parties, or wherever the spirit moved them, taking turns showing their skills in a cypher. This is what hip-hop was built upon. This is also why battle rap is a subculture within hip-hop. If it weren’t for this peculiar art form, battle leagues like Grind Time, Queen of the Ring, URL TV, and Bars and Bra Straps wouldn’t exist. And there wouldn’t also be an opportunity for women rappers to showcase their talent in a highly viewed lane such as battle rap, which Remy MA did years ago. Hip-hop fans must not forget that it was after a “Fight Klub” battle against “First Family of Hip Hop” star Lady Luck, that Remy Ma took home the crown and walked away with $20,000. Therefore, one could argue that Remy Ma is simply returning to her roots.

Plus, participating in beefs isn't just a form of artistry that female artists must be able to partake in — it's a form of marketing. Due to the rise of streaming services and illegal downloads, artists don’t receive as much money as they used to receive for marketing budgets. Social media and gossip is now used to push record and tickets sales, album streams, etc. Whether or not you agree with Nicki Minaj and Remy Ma’s beef, both artists are benefiting. They just made the hip-hop world stop and press play on their records, which will most likely be followed by a click on their social media platforms. They also ignited countless conversations about lyricism by women in hip-hop, in a genre that usually only talks about women in relationship to men. I say, for the benefit of Nicki Minaj, Remy Ma, and women rappers in general, let the battle continue.

More like this
Brad Pitt Wants To Share The Spotlight With This Celeb In Shania Twain’s “That Don't Impress Me Much”
By Alyssa Lapid
Adam Levine & Behati Prinsloo Welcome Their Third Child Together
By Jake Viswanath
Meghan Trainor & Daryl Sabara Are Expecting Their Second Baby
By Jake Viswanath
Linda Ronstadt’s “Long Long Time” Plays A Pivotal Role In The Last Of Us
By Brad Witter
Get Even More From Bustle — Sign Up For The Newsletter
From hair trends to relationship advice, our daily newsletter has everything you need to sound like a person who’s on TikTok, even if you aren’t.