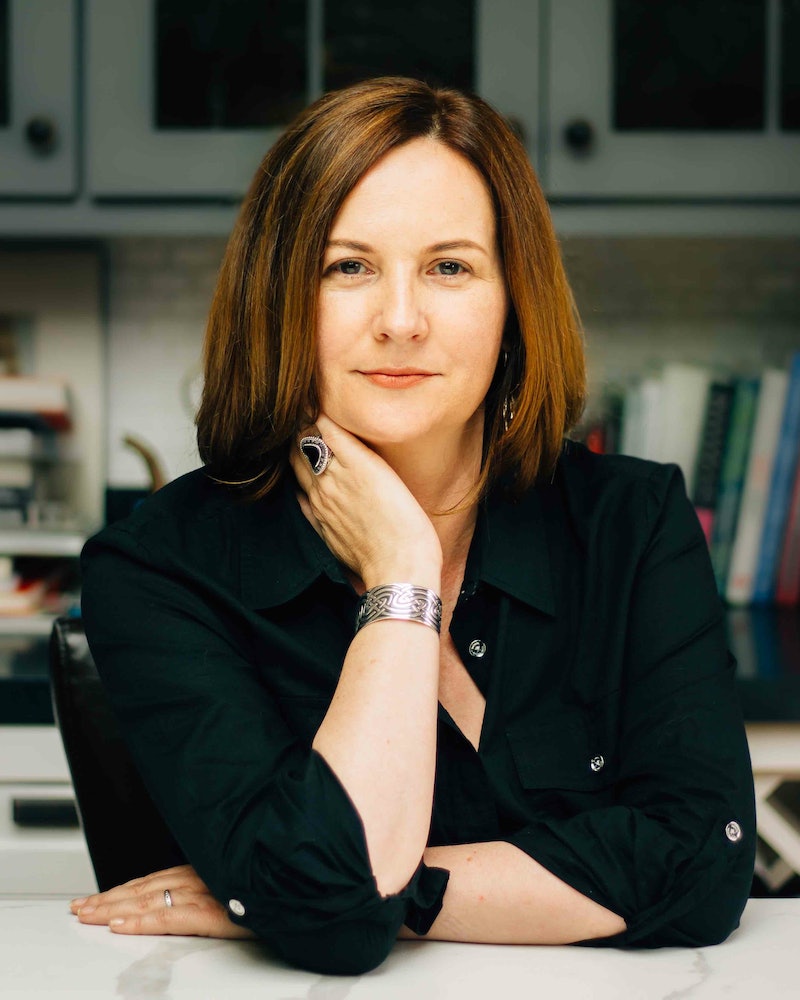 Ethel Rohan's first novel, The Weight of Him, which came out in 2017, is one I haven’t been able to forget. I’ve eagerly kept an eye out for news of her next novel, but as it turns out, I may have to wait a bit longer. Rohan’s second novel is on the way, for sure — it’s just that she’s writing it entirely by hand.

Perhaps it shouldn’t seem as surprising as it does: Throughout most of the history of the written word, words were written by hand. But in this constantly-connected, always-plugged-in, voice-to-text world, physically writing the tens of thousands of words that make up a novel, is hard to imagine. It’s also kind of awesome.

I may have to wait a bit longer. Rohan’s second novel is on the way, for sure — it’s just that she’s writing it entirely by hand.

An award-winning novelist and short story writer with work in The New York Times, The Washington Post, The Irish Times, and elsewhere, Rohan says she didn’t begin her second novel with plans to write it entirely by hand. (In fact, she began writing in an already half-used journal; she now wishes she’d started with a fresh one.)

“Unlike my heroic predecessors who only wrote longhand, and hail to them, I did not know going into this project that it would lead to a first novel draft,” Rohan writes in an "email" interview with Bustle. (Fittingly, she printed out my questions, responded to them in longhand, then scanned the page and sent it back to me.)

Writing by hand isn't unfamiliar to the author, but she’s just never written an entire draft in longhand before.

“For several years I’ve had success with automatic writing, using my non-dominant hand, when working in short bursts to either start a new project or generate new scenes whenever I’ve felt stuck,” Rohan writes. “Illegibility became an issue, though, and somewhere along the way I shifted to longhand. I’ve never written an entire work by hand, usually only the odd scene, but the flow generated by starting this novel by longhand was so striking, I feel compelled to continue.”

'The Weight Of Him' by Ethel Rohan
Amazon

That flow has not only inspired Rohan to continue her handwritten project, but has inspired a deeper connection to the creative process as well. “Handwriting has increased my appreciation of, and reverence for, writing and creating. There’s a sacredness to inspiration, flow, and storytelling,” she says. “Creators are channeling something bigger and greater than ourselves, and I’ve never felt it as strongly as I do now with this current project. I think there’s a number of factors for that, mostly where I am spiritually and emotionally, but without a doubt the pen has connected me to a rich source.”

"Handwriting has increased my appreciation of, and reverence for, writing and creating. There’s a sacredness to inspiration, flow, and storytelling."

Though the novelist explains that she usually never knows what her writing will be about until she’s finished the first draft, this second novel is based on true events, so she has begun with at least some idea. The yet-untitled manuscript tells the story of a high-society murder and aims to contrast media sensationalizing of celebrity murderers by placing the victim at the center of the story, instead.

For any readers concerned that Rohan’s manuscript is one spilled coffee or windy day away from being lost forever, don’t worry — she backs up her work. Each morning she types her handwritten work from the previous day, editing here and there as she goes (and hitting "Save" — of course.)

Rohan has written 12,000 words this way, and she says she has experienced no second thoughts about seeing this project through to the end. "I’m loving the process. Writing longhand is hypnotic and I absolutely lose myself in creating," writes Rohan. "I’m not sure I’ve ever enjoyed such flow and focus when typing my work, and certainly not for such sustained periods of time. I get caught up and carried away! My connection to my characters feels more immediate and purer, too. There’s an intimacy that’s remarkable."