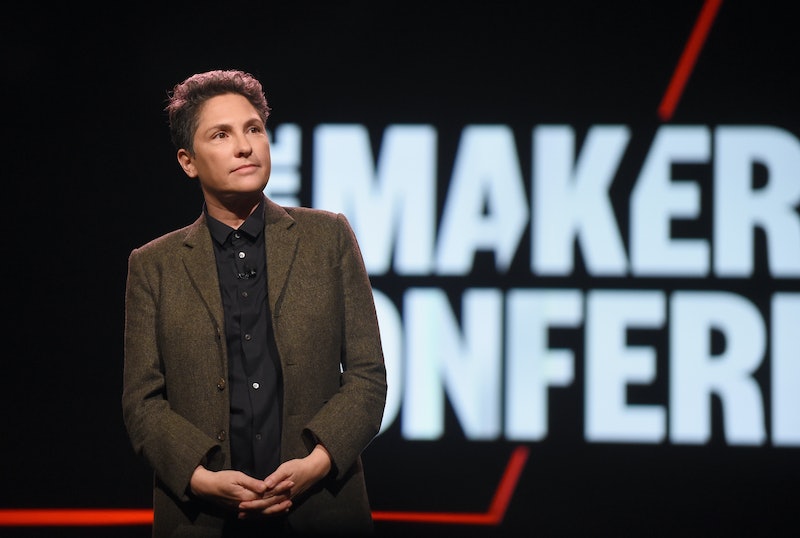 No surprise here: the creator of Amazon's popular series, Transparent, Jill Soloway, was the opening film keynote speaker at SXSW on March 11, and her speech was not to be missed. Soloway addressed the lack of female directors in the entertainment industry, revealing her thoughts on why there are so few women filmmakers in Hollywood. She went through the standard reasons many of us are used to hearing — the patriarchy's influence, for one — but later, in a Q&A after the talk. she dove into some other interesting causes for the problem. As The Hollywood Reporter recaps, Soloway thinks that some women's lack of confidence might be part of the reason female directors aren't being frequently hired in the film and TV industry.

Soloway chose to discuss the issue in her keynote speech because, as she put it, "My entire career could be simply talking to documentary directors asking me why there aren't more women directors." She also added that most of the time, the directors asking that specific question are, in fact, male. In regards to hiring women on set for episodes of Transparent, Soloway, who wrote for Six Feet Under and was showrunner for United States of Tara before creating Transparent, said that the process is "something you have to do over and over again, all day, everyday." The reason behind this is that Soloway noted that the male directors she considered hiring for episodes seemed to have more confidence, while some female candidates appeared less sure of their abilities.

For Soloway, hiring women directors seems to be much about being a constant mentor to them throughout the process and ensuring that confidence grows. "It's not just about finding the person; it's about protecting the person all the way through," she says. Still, she added, the confidence issue is a major factor. "Sometimes I just want to give [male directors] this job because they're communicating to me that they've got this," she said in the speech.

While it may seem discouraging to hear this, it's very important, especially coming from someone as successful and influential as Soloway. The showrunner, understandably, wants to be confident that the person she's entrusting with her episodes is self-reliant and assured. Soloway seems to believe that practicing confidence and accepting one's own self-worth is half the battle, and we can also get a life lesson from this powerful speech.