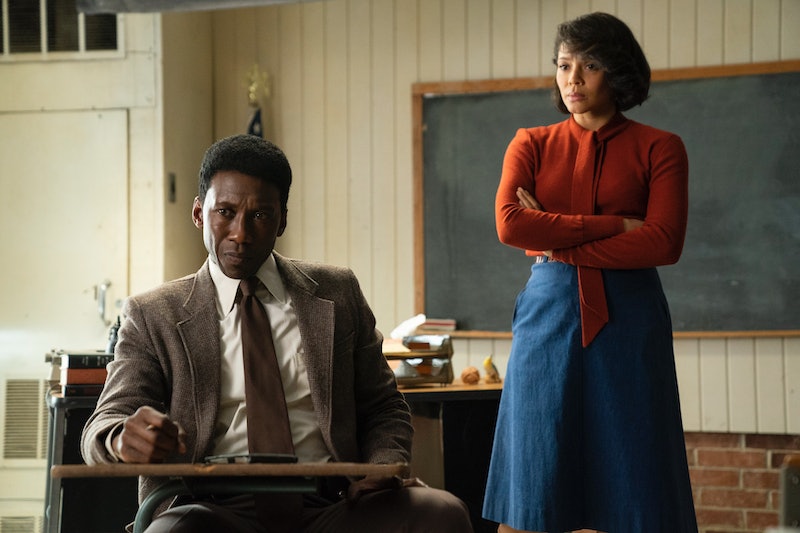 Opinions about the quality of a TV show are usually mostly subjective. We all love debating the highs and lows of our favorite shows with friends, family, and even total strangers. But there's one thing that most TV fans can agree on: True Detective Season 2 sucked. It's not just our opinion; even HBO execs essentially admitted it. Compared with the critically lauded first season, True Detective Season 2 was a massive disappointment. But with HBO giving the franchise another shot with creator Nic Pizzolatto at the helm and Mahershala Ali starring as the sole main character, how is Season 3 — which premieres Sunday, Jan. 13 on HBO — going to bounce back from Season 2's mistakes?

Perhaps the most important way that the HBO series has improved from the dark and needlessly dour second season is that Pizzolatto heard the complaints from fans and critics and says he's adjusted accordingly.

"I understood that there was a lot of stuff in Season 2 that people hadn't really wanted to see, based on Season 1 of True Detective," Pizzolatto tells Bustle along with a group of reporters. But that's not to say he considers Season 2 a complete failure. "I'm very proud of the work everybody did," he adds. "I just try to keep getting better at what I do and moving forward and I think substantive criticism is a big part of that. I try not to shut myself off from any of it."

In his attempt to improve from Season 2, Pizzolatto decided to "narrow the focus" of what True Detective is in Season 3. "This one has a lot more light in it than previous seasons and reaches for hope a bit more," Pizzolatto says. "I'm not even sure this is properly noir given where it goes."

And unlike previous seasons, which both focused on two detectives, Season 3 zooms in on one character in different times of his life. Ali plays Detective Wayne Hayes, who has been working on a case surrounding the disappearance of two young Arkansas siblings in 1980. The season plays out over three different timelines in Wayne's life as he revisits memories of attempting to solve the case 10 and then 35 years later.

"In the intertwining of timelines, it's a much, much more complicated, structural thing we all tried to do this year," Pizzolatto says.

For Ali, playing one singular character in three separate timelines was a major reason why he signed on for Season 3. And it's through Wayne's relationship with his wife Amelia (Carmen Ejogo) that he found the differences in Wayne's demeanor and personality over the three timelines.

"In 1980 he's a different person — he doesn't lose the essence of who he is but he's a different person in 1990 after 10 years with a really intelligent, passionate woman who he's trying to keep up with in some way, shape or form," Ali tells the room of reporters. "He might begin to talk a little bit quicker. And then as he ages, his mind begins to deteriorate but his heart opens up and he becomes more affectionate, more emotional, more loving and more giving."

A self-described fan of Season 1, Ejogo promises that Season 3 is "so much better" than what fans may be expecting after Season 2.

"I can't even tell you, for real," she tells Bustle. "It's like the first season," she adds, going on to explain how both Season 1 and Season 3 really hit their stride in later episodes. Ejogo also says she enjoyed the "epic, almost fairytale quality," of the first season, and adds that there's a little bit of that in Season 3, too.

"Thematically this is different from Season 1 and Season 2 in many ways. At the core, the characters in this season are good people relative to the much more darkly motivated characters of the first two seasons. Our show is still inhabited with all kinds of dark personalities, but the main characters have this desire to be transcendent," Ejogo says. "It's really a piece about love, relationships, and how you should hold onto them and not let them diminish."

But if you don't think Ejogo's assessment makes sense after watching the premiere episode, be patient. Ejogo notes that this season is a slow burn. "Seriously, until people see the last two episodes, you won't really know what I'm talking about," she says. "Nic just takes it to this place that you have no idea where it's headed. You really don't! Get to the end, it's really worth it."

Decide for yourself when True Detective Season 3 premieres Sunday, Jan. 13 on HBO.