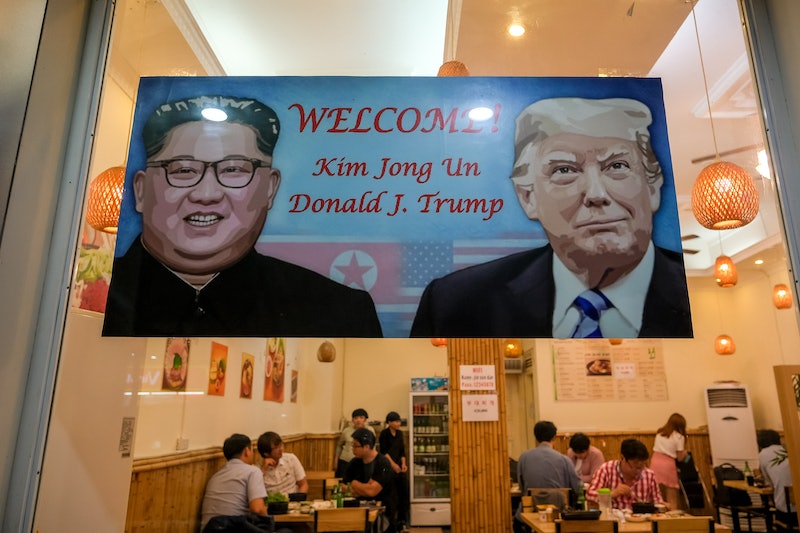 President Donald Trump is expected to sit down with North Korean leader Kim Jong Un in Hanoi, Vietnam, this week to renew slowed negotiations towards the denuclearization of the Korean Peninsula. Trump and Kim are meeting in Vietnam as summit organizers apparently hope the country will serve as a model for future U.S.-North Korea relations.

Despite having once been at war with the United States, Vietnam emerged as one of the top contenders to host the summit in January, according to The New York Times. In fact, Vietnam's political, diplomatic, and economic history may be at least part of the reason why Hanoi was selected to host Trump and Kim's second meeting.

Earlier in the month, Reuters reported that South Korean executive office spokesperson Kim Eui-kyeom touted Vietnam as the best country to host the summit precisely because of its previously conflict-ridden history with the United States. To illustrate just how far relations had come, Eui-kyeom noted that Vietnam and the United States used to "point a gun and knife at each other," according to Reuters.

"The fact that we're cooperating — and not fighting — is proof that when a country decides to create a brighter future for itself alongside the United States, we follow through on American promises," Pompeo said of U.S.-Vietnam relations. "The miracle could be your miracle," he continued in message directed at Pyongyang.

Both men are right. U.S.-Vietnamese relations have changed dramatically since the the Vietnam War ended in 1975, thanks to a series of incremental steps that eventually lead to relations between the two countries being normalized in 1995. Now, the two countries enjoy well-developed diplomatic relations grounded in shared economic and security interests with strong trade and defense cooperation, according to the Council on Foreign Relations.

But it's not just Vietnam's history with the United States that likely pushed organizers to settle on Hanoi for the summit. Multiple media outlets, including TIME magazine and The New York Times, have reported that the country is also seen as a potential model on which North Korea can base its political and economic reform.

The New York Times, for example, has argued that the decision to hold Trump and Kim's second face-to-face meeting in Vietnam ultimately casts "a spotlight on a country that has become an economic powerhouse in Southeast Asia after emerging from poverty and isolation in the decades since the Vietnam War." That's a growth model that could potentially significantly appeal to Kim.

While Vietnam now enjoys good diplomatic relations with Washington, it also has a long history of maintaining positive relations with Pyongyang. According to TIME, both the United States and North Korea have embassies in Vietnam, making it something of a neutral location and host country for both Trump and Kim.