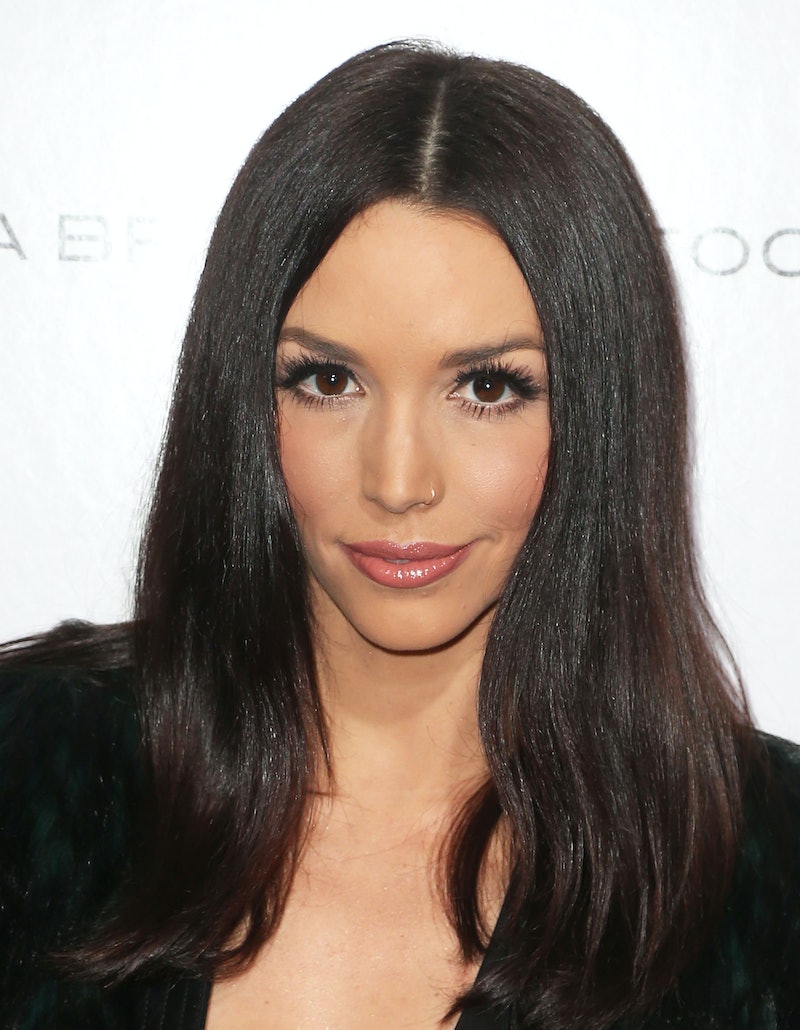 For a while, Vanderpump Rules was all about Scheana and Mike Shay's wedding. Even after the nuptials, I felt like we were getting constant reminders that Scheana was married, from her mentions of it to the blown up wedding photos in her apartment. But now, as all fans of the show are aware, the couple split up, and now I feel like there are so many reasons why Scheana should just stay single for a while.

I imagine it would be tough going from a life that seemed to revolve around a marriage to being single. After being in a relationship for so long, I feel like most people just want to get into the same kind of situation again, but I really do think there's something to be said for figuring out who you are and staying single for a while.

Yes, I realize how cheesy that sounds, and I am about to get even cheesier, but Scheana needs to figure out who she is as an individual before she couples up again. Obviously I don't actually know her, but I have been a faithful Vanderpump Rules viewer from the very beginning, so she's a friend in my head and, as such, I really just want the best for her.

1. She Can Be A Single Buddy For Stassi

It's got to be a little difficult being single around all of the couples in the Vanderpump Rules cast, so I really feel for Stassi Schroder. If Scheana stays single for a bit, then Stassi will have a partner in crime to go out with and she won't have to be a seventh wheel in their clique.

2. She Needs Private Time For Herself

Ending a long-term relationship is hard enough, but Scheana got married on TV and had to announce her divorce with a public statement. That means that a lot of people know about her private life. I feel like she needs to take a step back and take time for herself before she lets anyone else in.

3. She Won't Have To Worry About Anyone Eating Her SUR Leftovers

Just like most restaurant gigs, I assume that Scheana gets to take home some food after a shift at SUR. If she stays single se won't have to worry about anyone taking her leftovers from the fridges.

4. She Can Get Back Into Music

Scheana can channel her romantic woes into some emotional songs — with a great dance beat, of course. As a person with a soft spot for reality TV stars who sing, I would absolutely love it if Scheana recorded another jam.

5. She Will Have More Time To Spend With Friends

This is the one advantage to any breakup. Instead of compromising where she spent time and with whom, Scheana can hang out with her own friends whenever she wants. Plus, being around friends would give Scheana some much-needed support right now.

6. She Has Control Over The TV Remote

If Scheana doesn't get a boyfriend, this means that she will have control over all the TV shows are recorded and won't have to compromise when it comes to picking a show to marathon on Netflix. Sure, this is a small victory to have, but it is not a benefit of the single life that should be overlooked.

7. She Can Focus On Her Career

One of the most constructive ways to channel emotion after a breakup is by doing something productive. Instead of dwelling on her impending divorce or throwing a pity party, Scheana can just channel her energy into advancing her career. Personally, I feel like she should start some sort of hair and makeup blog since she is so perfectly put together all the time.

8. She Can Prioritize Taking Care Of Herself

A lot of the time, people in relationships make the other person's happiness a priority. If Scheana flies solo, she can do a lot of things to better herself and live her best life like trying new hobbies or experimenting with a new hairstyle.

9. She Can Do What She Wants When She Wants

If Scheana stays single, the only priorities that she will need to consider are her own ― at least for the most part. Scheana can spend this time looking out for number one: herself.

There's nothing wrong with taking the time to be single when you really need it. If anyone can pull off being single and fabulous, it's Scheana.