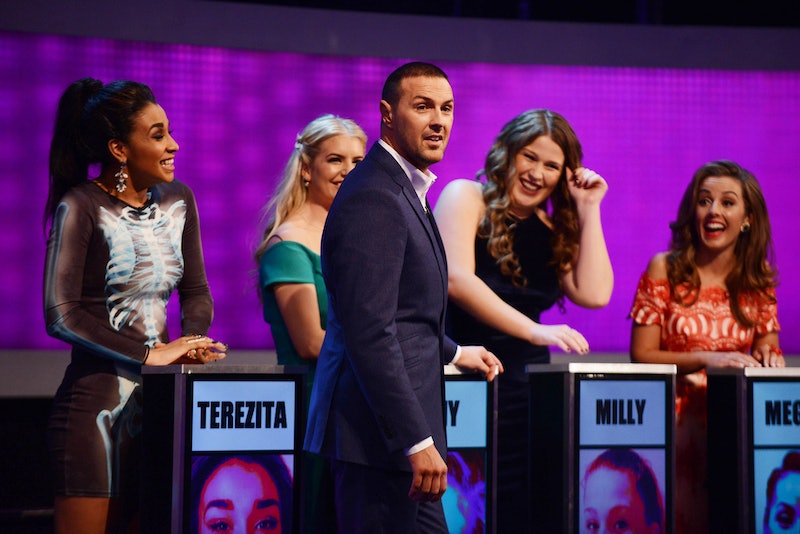 Drop everything: your favourite match making show just got cancelled. Yep, sorry to break your little hearts, but ITV have announced that, after 11 series, Take Me Out will be finishing. But the question is why? Why was Take Me Out cancelled and what else is there need to know?

Unfortunately, the exact reasons why the TV classic is being taken off our screens are fairly unclear. In fact, things have been a little vague.

According to The Sun, a source did offer up potential reasons for the decision. "ITV and Paddy [McGuinness, the host] have done all the specials you can eke out of a dating show, so it’s been decided it’s time for it to go," the source told the newspaper, adding: "As with many shows, ratings have slid a bit in recent years. But it will go down as a big success — it’s had more weddings than Blind Date."

I reached out to reps at ITV to hear what they had to say regarding the reasons. Their official statement from an ITV spokesman reads: "After 11 series we have decided to say goodbye to Take Me Out. We'd like to thank Paddy, the production team at Thames as well as all the contributors who have appeared on the show for all their hard work in making the show such unmissable television.”

A production source at ITV also told me: “We’re really sad to see the end of Take Me Out but after 11 years, eight weddings and six babies, for now, our work here is done. Over the years, Paddy has been the dream host and everyone involved from the hard-working crew through to the contestants have been fantastic. It's sad to see the end of such an iconic show but we have lots of exciting projects with the channel lined up.”

Take Me Out has had monumental success during its time on ITV, taping more than 100 episodes in total. The show was so popular, in fact, that McGuinness' catchphrase "no likey, no lighty" will undoubtedly go down in TV history.

McGuinness has had also had huge success since he began hosting Take Me Out, including his most recent gig, Top Gear, where he hosts alongside Andrew Flintoff and Chris Harris.

More like this
Rupert Grint Just Shared A *Major* Update About Ron Weasley’s Future
By El Hunt
Anne Hathaway Shared A "Thrilling" 'Princess Diaries 3' Update
By Darshita Goyal
'The Last Of Us' Has Officially Been Renewed For Season 2
By Darshita Goyal
The Banned 'Friends' Ad Shows Monica As You’ve Never Seen Her Before
By Sam Ramsden
Get The Very Best Of Bustle/UK
Sign up for Bustle UK's twice-weekly newsletter, featuring the latest must-watch TV, moving personal stories, and expert advice on the hottest viral buys.