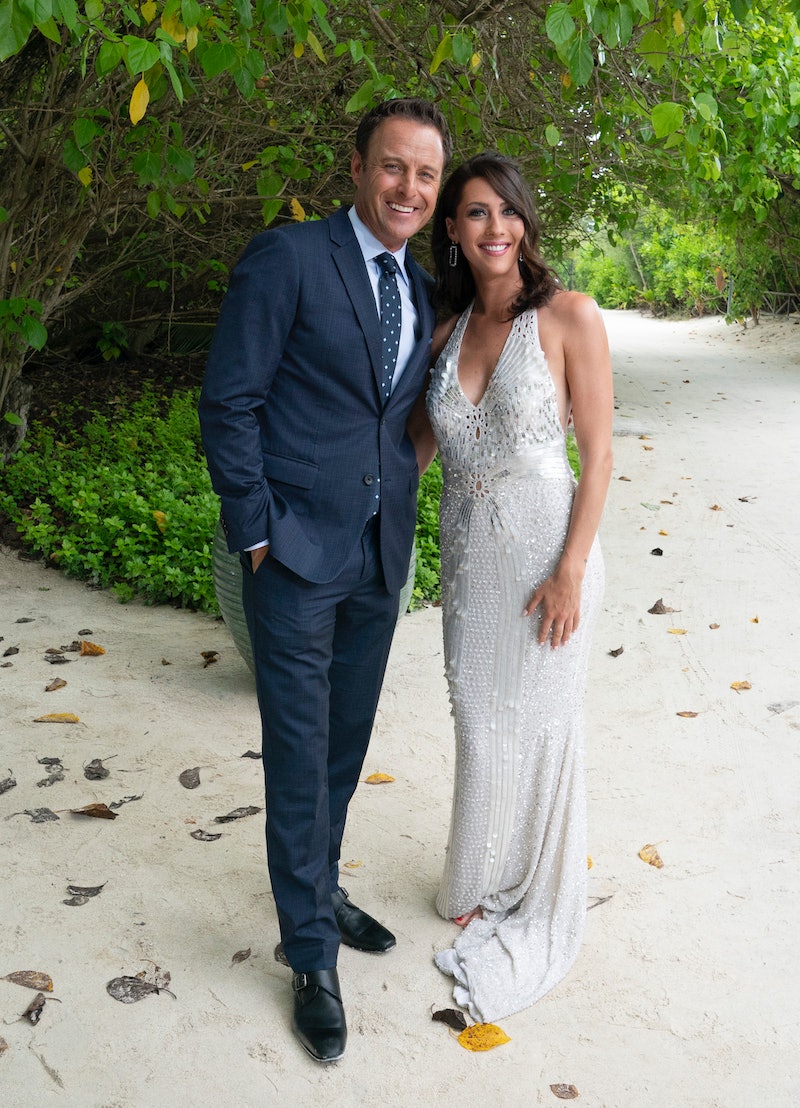 Bachelor Nation endured a bit of emotional whiplash last season, when The Bachelor finale showed Becca Kufrin getting her fairytale proposal, and then subsequently getting her heart broken mere months later. Then, at the After The Final Rose live special that same night, she was anointed the next Bachelorette. It was a lot to take in, but Becca took up the mantle with a renewed sense of hope that she'd finally find Mr. Right. Of course, fans now know that Becca picked Garrett, so the real question is: who will be the next leading man? We still don't have that answer, leaving many to wonder why the 2019 Bachelor wasn't announced after The Bachelorette. For the past few seasons, the network has announced the next Bachelorette during the After The Final Rose specials or just after. But ABC also isn't entirely opposed to keeping fans waiting.

While it should come as no surprise at this point that the Bachelor franchise likes to keep you guessing and obsessing for as long as possible, it's definitely understandable if some are finding it a little peculiar that the next rose distributor has yet to be announced at this point in time. After all, the finale of the latest Bachelorette season does seem like the perfect time to welcome the newest Bachelor into the fold. But what it all boils down to is this: It's highly likely that the network simply hasn't made a final decision yet, which would explain why no new Bachelor name has come out of the woodwork.

As of July 31, Chris Harrison spoke candidly about the future Bachelor prospects on The Dan Patrick Show and who he thinks stands the most likely chance of making the cut. "Right now I’d say Jason, just by looking at my Twitter feed and everything else. He seems to be the leader in the clubhouse," Harrison remarked, in regards to who could be crowned as the next Bachelor. "It’s always ‘who did America last see crying in the back of a limo?’ That’s usually who has the groundswell of support. So right now it’s Jason, but next week you’re going to see somebody else heartbroken and devastated. Maybe they’ll take over."

From the sound of things, it seems possible that the network high-ups over at ABC could be waiting to see if anyone else becomes a standout candidate during their time in Bachelor in Paradise Season 5, which premieres on Tuesday, Aug. 7. After all, it wouldn't be the first time producers picked from the Paradise metaphorical swimming pool. (Looking at you, Nick Viall!) Perhaps Grocery Joe will finally open up and prove he has what it takes to handle the spotlight. Or maybe Wills and his snazzy outfits will become even more beloved than he already is and nab the frontrunner position. Then again, it's always possible Becca's runner-up will be offered the job as well, depending upon whether he's willing to put his heart on the line again so quickly. There are so many options.

The point is that it's anyone's game at this point, so even if Jason seems to be getting the standard Bachelor edit (with the sympathy and heartache storyline), it's important not to rule out anyone for the time being. But given the selection of guys from Becca's season, it's definitely going to be a difficult decision for the network to make. Let's just hope for curiosity's sake that it happens sooner rather than later.