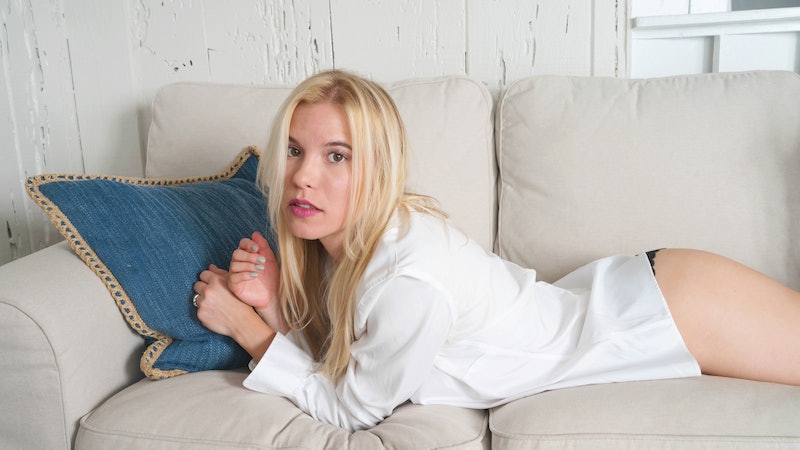 In this week's Sex IDK column, Emma McGowan, certified sex educator and writer, answers your questions about why your clitoris is so overstimulated that you can't orgasm.

Q: Why does my clit sometimes get so overstimulated that I can't finish?

The clit! My favorite body part! And one that is both hugely loved and vastly misunderstood. You’re not the only person with this issue, Reader, so let’s go deep on clitoral stimulation and get you back to those orgasms ASAP.

First: anatomy. As we’ve talked about before, the body part most people call the clit — the little hooded nub that gets engorged when you’re turned on — is actually the clitoral head. It’s the tip of the iceberg; the boulder that stretches to bedrock; the tree with a massive root system. The full clitoris extends into the body with “legs” that wrap around the vaginal canal. When you’re aroused, the whole thing swells with blood and is responsible for most of the good feelings in your vulva and vagina during solo and partnered sex.

Many — if not most — people with vulvas need direct clitoral stimulation to orgasm. And since the clitoral head is the only part of the clit that we can directly access without muscles and other body parts in the way, that’s usually what we’re talking about stimulating.

The clitoral head has over 8,000 nerve endings, which is bonkers to really contemplate, considering the fact that it’s about the size of a pea. And while clits are pretty much always sensitive as a result of all those nerves, some people’s clits are more sensitive than others. That’s why some people need the heavy, deep rumble of a Hitachi Magic Wand, and others can get off with just a light finger touch.

When we’re talking about clitoral overstimulation, there are two possibilities. The first is that you have a super sensitive clitoral head and need to take a lighter touch, either by decreasing pressure with your fingers or changing the sex toy you’ve been using.

The second possibility is that your clitoral head is less sensitive, so you’ve been stimulating it for a long time — or blasting it with a really powerful toy, like the Hitachi Magic Wand — in order to get to orgasm. Maybe it’s deeper in your body, or your clitoral hood doesn’t pull all the way back when you’re turned on, both of which are common anatomical differences. If that’s the case, then it’s time to think about how you can stimulate your internal clit a bit more, while giving your clitoral head a break.

One way to do this is by switching up direct clitoral stimulation with internal clitoral stimulation. For many people, the easiest way to really get the internal clit going is to stimulate the G-spot. In order to do that, you can reach inside your body with two fingers and then move them in a “come here” motion. If that feels good, switch between that motion and touching your clitoral head so that your clit doesn’t get overstimulated.

You can also stimulate both your clitoral head and your internal clit with a toy designed to do just that. The classic is the Rabbit, the toy made famous by that Sex in the City episode, but there have been numerous innovations on the idea since Miranda introduced the girls to her favorite bunny. The creme de la creme is the Osé by Lora DiCarlo. This is a toy whose innovative robotics so closely mimic natural movement that you’d swear someone’s fingers were inside you, while the air pulse technology takes care of your clit. Other great options include the Ina Wave from Lelo and the Arc from Dame.