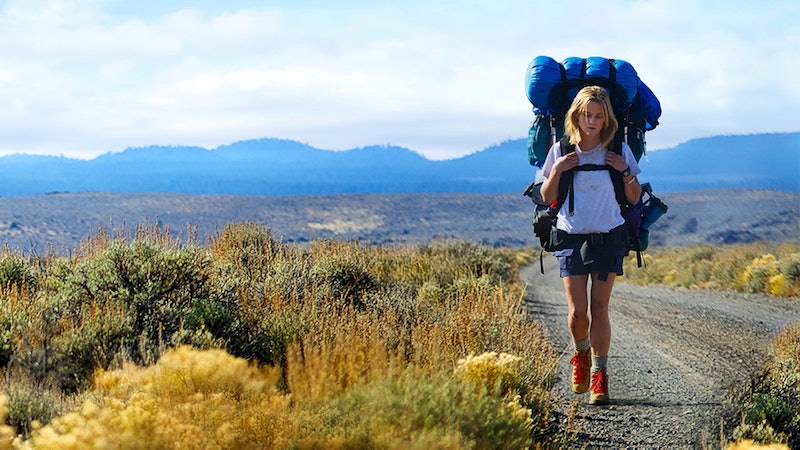 As we head into 2019, thoughts of resolutions, change, and self-improvement pop into our minds. It's only natural that a new year, a new era, and a new time make us want to kickstart new dreams, brush up on old ones, or generally try something we've never done before. The inspiring, self-improvement genre of movies include some pretty great ones. Under the Tuscan Sun finds Diane Lane refurbishing an old Italian villa, accompanied by mouth-watering food and sexy male companionship. The Secret Life of Walter Mitty follows a middle-aged Ben Stiller as he takes on adventures he's only seen in photographs. But this new year I'm recommending the Reese Witherspoon movie Wild. With its message of renewal, overcoming your own fears, and changing your life, its the perfect movie to inspire your next step.

Directed by Jean-Marc Vallée, the film is based on the memoir Wild: From Lost to Found on the Pacific Crest Trail by Cheryl Strayed. In a series of flashbacks, hazy images, and vivid memories, the backstory follows how Cheryl (Witherspoon) spirals out of control after the death of her mother (Laura Dern). In the present spine of the movie, Cheryl sets out to hike the Pacific Crest Trail, a 1,100-mile journey, in hopes of finding what she's lost and regaining some semblance of her former self.

The themes of birth, death, and renewal run, well, wild in Wild. Much of Cheryl's life revolved around her deep and loving relationship with her mother, so when that tether is lost, Cheryl drifts. Her marriage crumbles, she begins using hard drugs, specifically heroin, and has random sexual encounters with strangers. Her suffering is a vivid exploration of how grief can change a person and how losing someone who kept us grounded might force us to find our own anchor. It's particularly powerful for anyone who has a close yet stormy relationship with their mother, reflecting how often women simultaneously despise and adore the women who bore them.

Witherspoon's performance is one of the best of her career. Her often sweet demeanor brings a new angle to the world-weary Strayed, and Witherspoon's efforts to break out of her comfort zone were rewarded through multiple nominations, including Best Actress at the Golden Globes, BAFTAs, and Academy Awards. And the fact that she earned those accolades for playing a female character that is damaged, unlikable, snarky, and not easy to root for marks just how much Hollywood's ideal female characters are changing.

Witherspoon also produced the film through her then-new company Pacific Standard. Wild was one of two books that the company optioned for film adaptation (the other being Gone Girl). About buying the book's rights and wanting to make the film, Witherspoon told Deadline, "I’d never seen one about a woman alone in the wild, on a journey in an epic landscape like that. On a personal level, I related to the loss and grief. I’ve been divorced. I’ve been a single mom. I’ve had to say goodbye to people that I loved in my life. The way Cheryl synthesized those emotions made it feel like my story and everyone’s story. We are all on a solitary journey."

It's that universality that makes Wild such a great watch this new years. Though we may not have been through the same life struggles as Cheryl, such as getting over drug addiction, there are very few of us who haven't had to mourn the loss of a love one, or bid farewell to a partner through a life-changing breakup. The temptation to turn bitter or to indulge in our worst instincts naturally lingers throughout every downturn in our lives, but what Wild shows us is that we have at least some power to change, to pull ourselves forward, and to keep going, even if it's just on our own two feet.