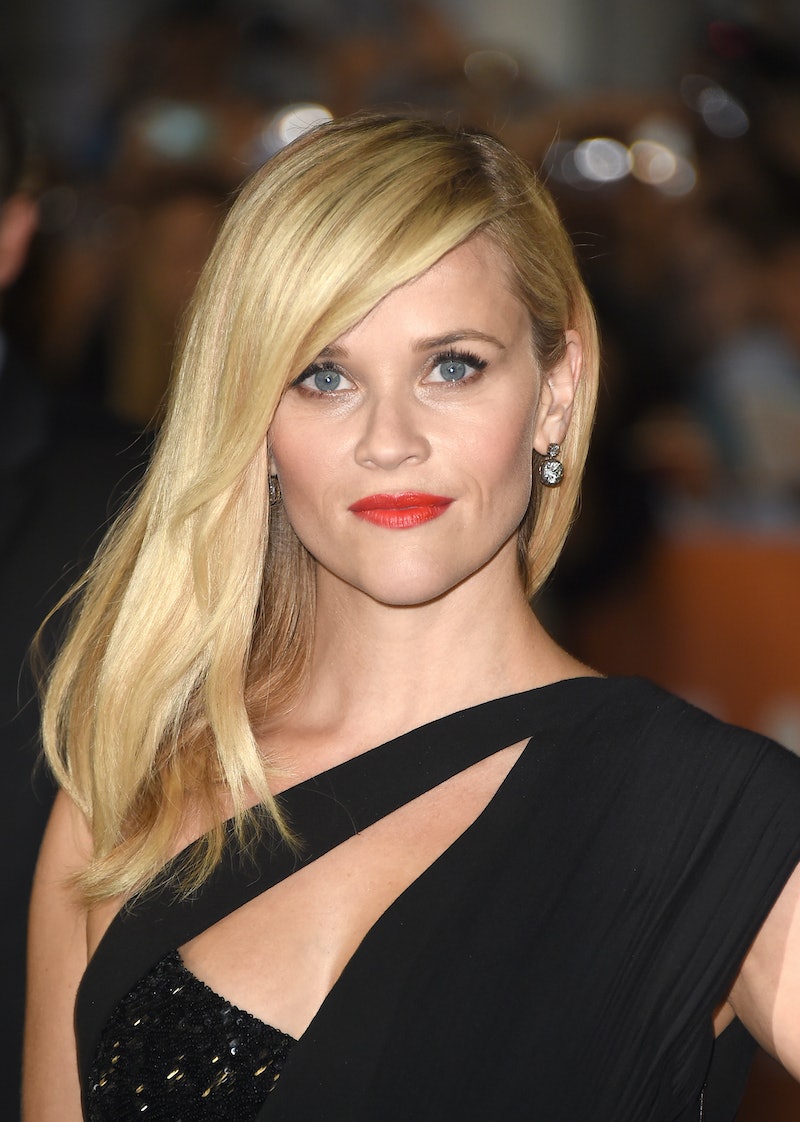 There's no denying it: Reese Witherspoon's latest film Wild , which opens in theaters nationwide on December 5, could very well earn the actress her second Oscar nomination, and possibly her second Oscar win. Her portrayal of writer/hiker Cheryl Strayed is a stripped-down, emotionally-raw, physically-demanding performance is not only the kind of role that Academy voters love, but a reminder of what a versatile actress she is.

Witherspoon went from a '90s hunk love interest (Fear, Cruel Intentions) to a comedy powerhouse (Election, Legally Blonde) to an award-winning dramatic leading lady (Walk the Line, Wild), and it only feels like the best is yet to come. Hollywood had its McConaughaissance over the past year, but now it's time to usher in the era of the Witherspoonaissance. (Hey, Witherspoon was in Mud, too, you know!)

In anticipation of the release of Wild (which has already wowed critics, as evident by the impressive 86% fresh rating on RottenTomatoes), Bustle looks back at the career evolution of Reese Witherspoon. From her on and off-screen ups and downs, Witherspoon is a bona fide star with exceptional talent to boot.

Reese Witherspoon was born to be a star. That's evident very early on, even if she wasn't a marquee name during those first few years. Witherspoon's career started in 1991 in the little-seen drama The Man in the Moon, but she truly started to gain attention thanks to supporting roles in 1996's Freeway, Fear (yeah, we all remember that roller coaster scene), and Twilight (no, not that one) in 1998. Witherspoon was a fresh-faced ingenue, but her talents really came into frame when she played the promiscuous-turned-socially-aware-teen Jennifer in 1998's Oscar-nominated dramedy Pleasantville.

It would be easy to call this the golden age of Reese Witherspoon's career, but the best may still be yet to come. Still, it's hard to top her blistering, hilarious, Golden Globe-nominated performance as Tracy Flick in 1999's Election; her not-that-innocent turn in 1999's Cruel Intentions (the film that lead her to meet her first husband, Ryan Phillippe, with whom she had two children before their divorce in 2007); her charming, box office comedy smash in 2001's endlessly re-watchable Legally Blonde (another Golden Globe nod); and her Oscar and Golden Globe-winning turn as June Carter Cash in 2004's toe-tapping biopic Walk the Line.

And just in case those career-changing roles weren't impressive enough during this time period, Witherspoon proved she could do everything from mainstream rom-coms (2002's Sweet Home Alabama, 2005's Just Like Heaven) to television (she played Rachel's bratty sister Jill in two episodes of Friends in 2000) to period pieces (2002's The Importance of Being Earnest, 2004's Vanity Fair).

It's safe to say that Witherspoon hit something of a lull after her Oscar win. The star turned out a series of critical and box office misfires, including 2010's How Do You Know, 2011's Water for Elephants, and 2012's This Means War. Witherspoon made headlines off-screen for her 2013 disorderly conduct arrest (along with her husband Jim Toth), but the incident was hardly the PR nightmare/career-ender it could have been. The Mud star and mother of three quickly apologized for the incident, and over the past year has proven to be a surprisingly cool, self-aware celebrity that you'd definitely want to party with. Just in case her personal life didn't already make her more interesting, 2014 proved to be Witherspoon's most exciting professional years in recent memory. In addition to her work in the highly anticipated adaptations of both Wild and Inherent Vice , Witherspoon also produced one of this year's best movies, Gone Girl . Whether or not Witherspoon gets an Oscar nomination in 2015 for her work on-screen, or behind the scenes, it will only prove that the Witherspoonaissance is well under way, and long overdue.