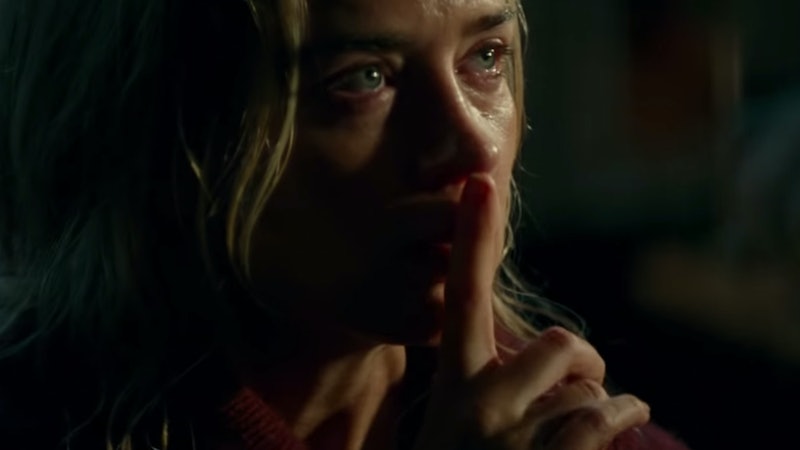 Netflix has become a real haven for horror lovers. Whether you're into the classics like Misery, The Silence of the Lambs, or Seven, or you're currently riding the hype of Bird Box, the streaming giant is catering to all your macabre needs. However, I can't help but notice the absence of a certain debut film directed by John Krasinski and starring Emily Blunt that absolutely floored the movie world last year. So, will A Quiet Place be available on Netflix UK in the near future?

When it comes to whether or not certain films and TV shows stream on British shores, it's usually determined by whether or not it's already streaming across the pond, and, from what I can gather, it looks U.S. fans of the silent horror aren't in any luck either... I have reached out to Netflix for comment on the matter, but have yet to receive word — I'll keep you posted.

However, I've done some more digging, and according to What's On Netflix, the chance of A Quiet Place being available on either version of the streaming site will likely come down to the rights owned by the production and distribution companies. So what's going on there?

Well, back in November 2018, it was announced that Paramount will be forming a partnership with Netflix in order to produce films for the site (which, by the way, is a total game changer for the film industry. Stay tuned.). And guess who distributed A Quiet Place? Yup, that's right. Paramount. Although this doesn't necessarily mean that films Paramount have previously produced will suddenly start flooding the platform, it's a good sign nonetheless.

And what about the production company? A Quiet Place was produced by Platinum Dunes, who happen to have a few films dotted around Netflix, including dystopian thriller The Purge. Again, this doesn't guarantee anything, but if the two entertainment companies already have a professional relationship, it will make another collaboration that much easier...

While A Quiet Place did reasonably well in the UK box office, with a total gross of nearly $17 million (around £13 million), it did remarkably well in the U.S., earning well over $188 million (around £147 million), according to Box Office Mojo. With numbers like that, it's unlikely that A Quiet Place will remain absent from a streaming site too much longer. As someone who hasn't seen the film (I know, I know), I can imagine there are thousands of moviegoers like me that would rather have the ease of being able to stream it rather than buy it on DVD or Blu-ray.

And with confirmation from Paramount Studio Chief Jim Gianopulos that there will indeed be a sequel to the post-apocalyptic horror thriller (what a mouthful), it's as good a time as any for Netflix to get its butt in gear and make A Quiet Place available to stream.

I don't know about you, but I'm deffo in the mood to marathon A Quiet Place and Bird Box now.