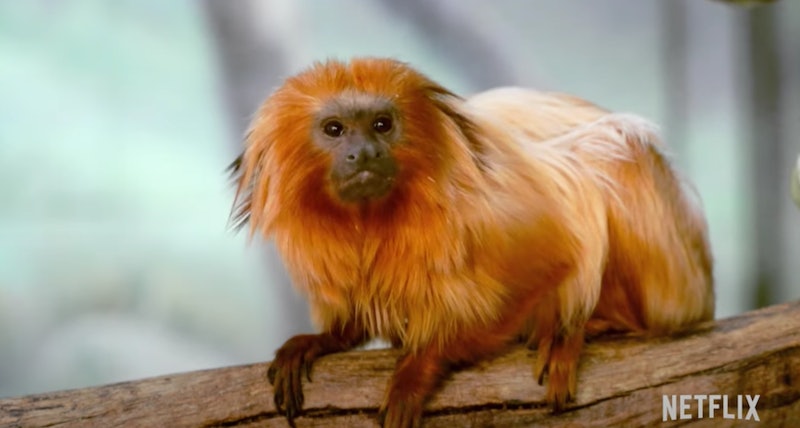 We may not be able to spend much time outside right now, but Netflix's Absurd Planet is bringing nature inside. The new 12-part docuseries pairs regular wildlife documentary footage with hilarious commentary from "Mother Nature" (aka voice over actor Afi Ekulona), highlighting the animal kingdom in all of its weird and wonderful glory. It's not informative so much as it is entertaining, but it's perfect for fans of Snoop Dogg's "Plizzanet Earth" series on Jimmy Kimmel Live! or YouTuber Randall's Fabulous Planet Earth videos featuring his famed "honey badger don't care" commentary. Where else could you watch a zebra shouting that it doesn't want to get eaten by the lion that's chasing after it, a tamarin monkey who has a salon called "Famous Tam's" to transform all his monkey friends from a "primeate to a prime-ten," and a housefly versus firefly rap battle?

The only bad news: Netflix hasn't yet announced any plans for Season 2, and it could be some time before the show returns if it gets a renewal. Filming good wildlife footage can take a lot of time: Planet Earth II was shot in 40 different countries across nearly six years. Absurd Planet doesn't appear to be on the same scale, but there aren't currently a lot of travel options to shuttle crews all over the world. If there's a Season 2, expect it to arrive in at least a year... if not longer.

In the meantime, you can always turn on Netflix's Our Planet, mute the sound, and provide your own funny commentary. It's not like you have anything better to do.