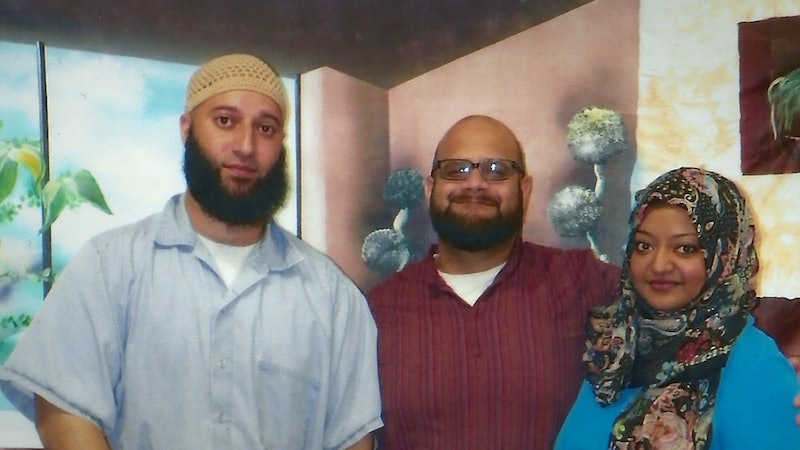 The Case Against Adnan Syed airs its finale on Sunday. But after a season spent diving back into the story first popularized by Serial, there's still one major question hanging in the balance: will Adnan Syed get a new trial? There's been a lot of back and forth regarding the matter, and though Maryland's highest court reinstated Syed's conviction in March, his lawyer has vowed to keep pushing ahead.

Syed has been serving a life prison sentence since 2000 for the murder of his ex-girlfriend, Hae Min Lee. However, he's always maintained his innocence in connection to the crime, and has been fighting to get another day in court. After Serial, a Baltimore judge ordered a new trial for Syed and vacated his conviction, as reported by the Baltimore Sun. He agreed with Syed's argument that he had insufficient counsel during his original trial, citing the introduction of new witness Asia McClain and the since-disputed credibility of evidence relating to cellphone towers.

However, the state almost immediately filed an appeal. "It is the continued desire of the Attorney General to seek justice in the murder of Hae Min Lee," Maryland's attorney general's office said in a statement following the order of a new trial, per the Baltimore Sun. "The state's responsibility remains to pursue justice, and to defend what it believes is a valid conviction."

Three years later — and just days before The Case Against's premiere — came the decision to reinstate Syed's conviction. However, Syed's lawyer, Justin Brown, has vowed he won't stop fighting for his client. Brown told the Baltimore Sun that he and his team are now exploring "at least three other avenues of relief" even following this recent setback. He declined to say what exactly he meant by that, but he insisted they were not ending their battle.

"We are devastated by the Court of Appeals' decision but we will not give up on Adnan Syed,” Brown said in a statement, according to the same article. He also mentioned a need for general reform of the court system, and criticized the difficult nature of gaining a new trial. "Our criminal justice system is desperately in need of reform," Brown continued. "The obstacles to getting a new trial are simply too great.”

According to The Verge, some legal experts think Brown's team might ask the court to reconsider their decision, or even potentially take Syed's case to the United States Supreme Court. So it is still possible that Syed could get a new trial someday, if Brown and his team can make a convincing argument.

Because the decision to deny Syed a new trial came so soon before The Case Against Adnan Syed began airing on HBO, it's unlikely that the show delves much — if at all — into that latest development. HBO doesn't appear to have plans for a second season (it was always billed as a four-part docuseries), but if The Case Against were to return, there would be plenty of material to cover.

More like this
'Big Brother' Is Already Looking For New Houseguests To Compete In Season 25
By Brad Witter
Nicola Coughlan Shared A Lady Whistledown Excerpt From ‘Bridgerton’ Season 3
By Grace Wehniainen, Alyssa Lapid and Sam Ramsden
Twitter Is Freaking Out Over Rihanna’s 2023 Super Bowl Halftime Show Announcement
By Stephanie Topacio Long
Devi Is Going To Meet A “Smoldering Bad Boy” In ‘Never Have I Ever’ Season 4
By Jack Irvin and Gabrielle Bondi
Get Even More From Bustle — Sign Up For The Newsletter