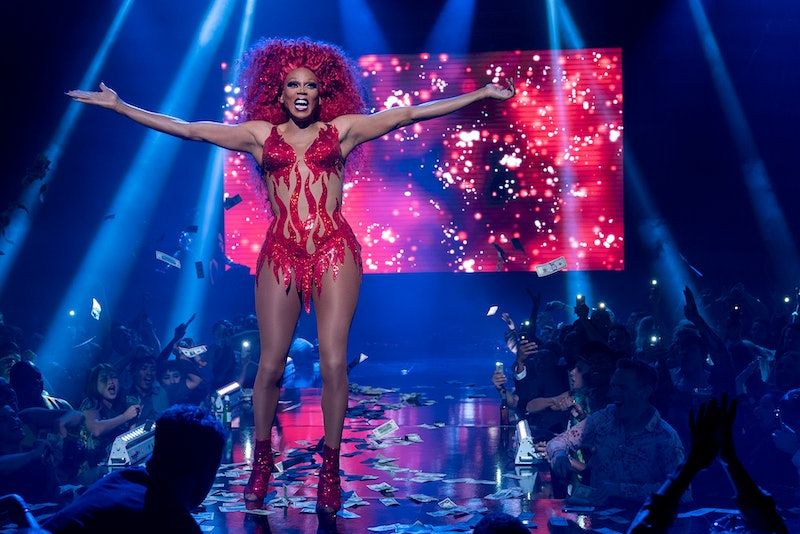 Just because RuPaul's Drag Race is on break doesn't mean you have to save goodbye to the queen of drag. As the lead of AJ and the Queen, RuPaul dances and sashays across America, accompanied by a spunky 11-year-old sidekick. Considering Netflix can be pretty fickle about renewals, it's not yet clear if an AJ and the Queen Season 2 will happen or not. Regardless, the first season is still fantastic and fierce, and according to RuPaul, a reflection of his own childhood.

Update: AJ and the Queen has been canceled after one season, Variety reported.

Earlier: AJ and the Queen follows RuPaul as Ruby Red, a down-on-her-luck drag queen who's forced on an impromptu performance road trip after all her savings are stolen from her. Along the way she meets AJ (Izzy G.), a scrappy 10-year-old stowaway who ends up traveling with her. Together the two learn to navigate their newfound family, all while making friends and learning how to deal with love and loss along the way. The show notably features several drag queen cameos, from Bianca Del Rio, Latrice Royale, Jinx Monsoon, and Manila Luzon.

In an interview with Judge Judy — yes, that one — RuPaul revealed how working on AJ and the Queen let him reflect on his own upbringing. "My character parents an 11-year-old child, so I was able to really emotionally revisit myself as a kid," said RuPaul. "It was the most challenging thing for me as an actor and as a human. The big thing for me is that I wish I’d learned how to process feelings earlier. The human body is kind of like a computer program, and a lot of the feelings that I felt were based on the experiences I’d had. Knowing that feelings are not facts was a message I wish that 11-year-old Ru had heard."

“I’ve been doing this for 38 years in show business, and there’s a part of myself I’ve had to emotionally shut down to power through it," RuPaul explained to Variety; in the show, Ruby's journey begins because she's heartbroken, broke, and homeless. "This is an opportunity to get reacquainted with those emotions and actually let them out in front of people."

It's a show that's nostalgic in every sense, but ultimately, one that's also uplifting and optimistic about the future. It's a "love letter to the America we were promised as kids," RuPaul explained to The Los Angeles Times. "And yes, we’ve had a…major hiccup with that. But Oprah told me this — name drop, whatever — but she said, ‘We all thought that progress was linear, but that was our mistake. Progress is not linear. It goes sideways.’"

Regardless of whether AJ and the Queen gets a renewal, RuPaul clearly has no plans to stop sharing drag — and what it can influence and change — to the rest of the world. "Drag offers us the ability to mock identity and flip our middle fingers up at the sexual hierarchy that has shunned us," RuPaul explained to The Los Angeles Times. "Hoo! Can I get an amen?”

More like this
The 'New Amsterdam' Series Finale Opens An “Unexpected” Door To The Future
By Brad Witter
Shonda Rhimes Responded To The Surprise Exit Of A Day 1 'Grey's Anatomy' Figure
By Grace Wehniainen
Everything To Know About A Potential 'Lockwood & Co.' Season 2
By Gretchen Smail
This 'Gossip Girl' Wardrobe Error Has Gone Viral On TikTok
By Alyssa Lapid
Get Even More From Bustle — Sign Up For The Newsletter
From hair trends to relationship advice, our daily newsletter has everything you need to sound like a person who’s on TikTok, even if you aren’t.