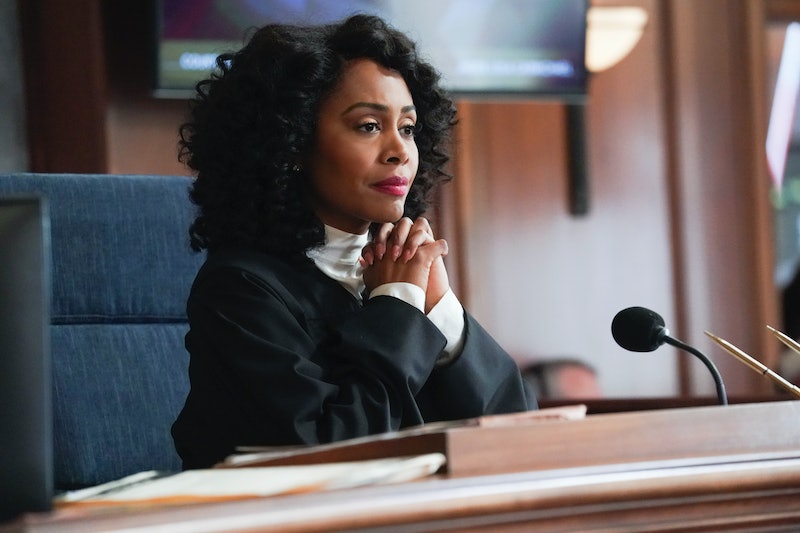 When it comes to modern TV, streaming services like Netflix and premium cable channels like HBO receive the lion's share of attention for their series. But the good old fashioned broadcast networks still produce loads of shows every year, and they're all free to the masses. And the shows are better than ever, like the CBS courtroom drama All Rise. The series recently concluded its first season in revolutionary fashion, but will All Rise return for season 2?

Update: CBS has renewed All Rise for a second season. A premiere date has not yet been announced.

Earlier: Like all current ongoing television series, All Rise had its production upended due to the current coronavirus crisis. But rather than rest on its laurels, the cast and crew of All Rise decided that the show must go on — literally. A social distancing season finale of All Rise was written and then self-produced by the cast, featuring everyone filming in character from their homes. The episode deals with the coronavirus directly, and features star Simone Missick's character, Judge Lola Carmichael, presiding over a virtual trial.

As far as a second season is concerned, the fate of All Rise is still up in the air. Missick, however, seems optimistic that the series will return. "When the shutdown happened, no one really thought about what the rest of the season was going to look like," she tells E! News. "Beyond just our own guess. Oh, maybe we'll add the two episodes on to the next season, you know, but at that moment, everyone was just focused on being healthy and staying safe. And so when they called us with this [about the social distancing episode], we were all excited to jump at the chance to wrap out our season."

Missick also chatted about the episode with The Wrap, where she revealed that the season finale's original storyline had to undergo some changes to account for the COVID-19 pandemic — just like in real life. "Similar to you and I, the coronavirus has affected the everyday lives of Lola and the rest of the characters on All Rise," she says. "In this episode, we will see how Lola is managing her job, marriage and family in the midst of a global pandemic. It’s not the original scripted storyline, but it very much falls in line with the arc of Lola’s character throughout this season: her commitment to serve justice in varyingly difficult situations."

Although it remains unknown whether or not All Rise will be back for a second season, the series' popularity and the positive press it has earned for its inventive social distancing season finale could go a long way toward getting it that coveted season two renewal.

More like this
Netflix Shut Down 'Bridgerton' S3 Rumours About A “Very Dark” Storyline
By Bustle
'The Last Of Us' Has Officially Been Renewed For Season 2
By Darshita Goyal
This 'Gossip Girl' Wardrobe Error Has Gone Viral On TikTok
By Alyssa Lapid
Rupert Grint Just Shared A *Major* Update About Ron Weasley’s Future
By El Hunt
Get Even More From Bustle — Sign Up For The Newsletter
From hair trends to relationship advice, our daily newsletter has everything you need to sound like a person who’s on TikTok, even if you aren’t.