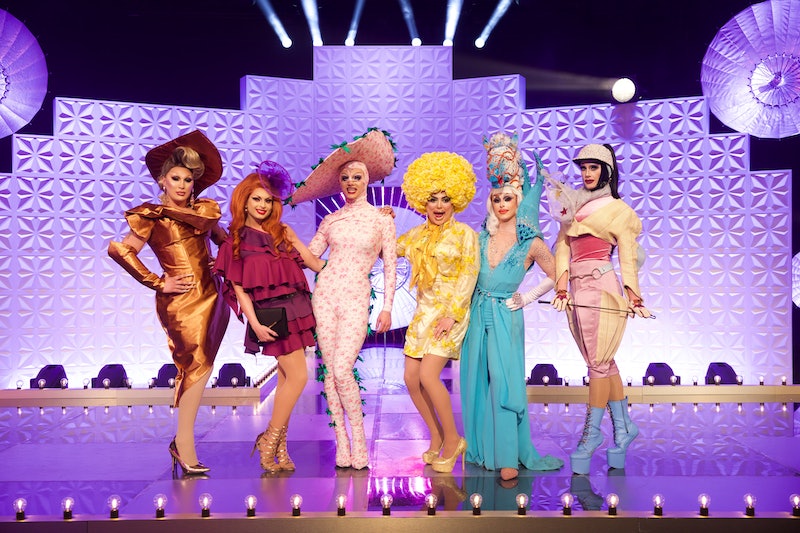 Time flies when you're having fun, and that's most definitely the case for fans of RuPaul's Drag Race UK, which is already approaching its first ever grand finale. Over the course of the current series, our British queens have certainly been put through their paces, and only the cream of the crop remain with a chance of snatching the UK crown. But will all the queens be returning for the RuPaul's Drag Race UK final?

Well, as reported by Bustle, the Drag Race UK final is due to air on Thursday, Nov. 21, and according to the BBC, the eliminated queens are all set to return as the finalists battle it out to be named the UK's next drag superstar. The finale will see the top three queens strut down the famous runway for the very last time, and be tasked with completing an all-singing, all-dancing final challenge — which just so happens to have been choreographed by Strictly Come Dancing’s AJ Pritchard and brother Curtis, who you might remember from the most recent series of Love Island. The finalists efforts will again be overseen by judges Michelle Visage, Alan Carr, Graham Norton, and of course Mother Ru herself, who will ultimately decide which contestant walks away victorious.

Although the body of season one is not even cold yet, fans are already looking ahead to RuPaul's Drag Race UK series two, which was recently commissioned by the BBC. The show's second run will again air on BBC Three next year, and speaking of the renewal, RuPaul himself proclaimed that he's looking forward to see more of the UK's "Charisma, Uniqueness, Nerve, and Talent." News of a second series delighted fans of the fabulous franchise, however, it should come as no surprise, as Drag Race UK has been a runaway hit with British viewers — and managed to attract a very impressive 6.5 million requests on iPlayer at the halfway point of the current season.

And it isn't just fans looking forward to the show's 2020 return, because rotating judge Alan Carr has already discussed who he'd like to see grace the Drag Race UK panel next time around. Speaking to the Metro, the funnyman revealed that he believes TOWIE star Gemma Collins and the queen of clean herself, Kim Woodburn, would be perfect for next year's judging panel.

Well, fingers crossed Alan's suggestion comes true, but before we cast our minds to series two, let's try and focus on the current one, which you can watch every Thursday at 8 p.m. on BBC Three.