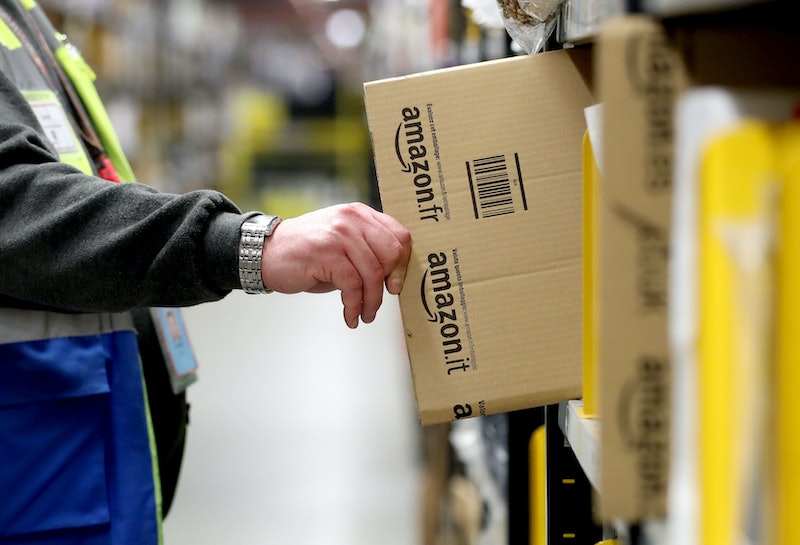 Amazon is the world's largest online retailer, and has seen a significant surge in orders since COVID-19 lockdown commenced in a number of countries around the world. But a recent court ruling in France has ordered the company to cease from selling all non-essential items after concerns for the safety of warehouse employees. So will Amazon still deliver nonessential items in the UK in light of this news? And what's happening elsewhere?

A court ruling passed in France yesterday (April 15) now requires that Amazon cease selling and sending out all 'nonessential' items during the COVID-19 pandemic. The new rules require Amazon to only accept orders for groceries, toiletries, and medical products. If they do not follow suit, they will face paying fines of €1 million a day, reports the Guardian. This ruling will stay in place until the company can devise a suitable safety plan to protect employees' health.

Amazon was sued by the SUD-Commerce Union after an Amazon employee was hospitalised with COVID-19, along with a string of virus diagnoses at Amazon sites. The union has declared the online retailer as unsafe to work for at present.

Amazon quickly appealed against the ruling, meaning the new court measures will be suspended until the appeals process is resolved one way or the other.

However, an internal document sent to French unions from Amazon on April 15 reportedly stated that the country’s six warehouses would be shut from April 16 until April 20 at least. The document, which was seen by Reuters, is reported to have said: “The company is forced to suspend all production activities in all of its distribution centres in order to assess the inherent risks in the COVID-19 epidemic and take the necessary measures to ensure the safety of its employees (during that period).”

What does this mean for Amazon orders the UK?

So far, Amazon in the UK has not made any announcements in light of the news from France. However, they have made certain changes to their delivery schedule in response to the COVID-19 crisis.

"To serve you while also helping to ensure the safety of our employees, we have prioritised stocking and delivering items that are a higher priority for our customers," Amazon says on their website. "These are items such as food, health and personal care products, and items needed to work from home. As a result, estimated delivery times for some items may be longer than usual at the moment."

You can therefore still continue to order whatever you please from the website but you may face longer delivery waiting times for non-essentials (board games, books, fitness equipment and all the other stuff everyone is ordering to help keep themselves busy).

What's happening with Amazon elsewhere in the world?

Amazon's ordering, selling, and delivery processes vary around the world at present, as exemplified by the new French rulings. In the U.S., for example, there was originally a ban on third-party sellers stocking non-essential items in Amazon warehouses. However, this ban was lifted this week, with the company announcing they would be resuming its stocking and selling of non-essential items from third party sellers.

Amazon has also announced that it plans to hire 75,000 new workers to help with the increasing demand it is currently receiving, after already revealing they would take on 100,000 new staff to help with demand for essential items.

Elsewhere in Italy, Amazon stopped taking orders for non-essentials in March, but have now allowed sales to go ahead; still prioritising vital products as they are in the UK.

The company has recently admitted that one of its staff members died in late March of coronavirus, and warehouses in the U.S. have experienced positive testing for a number of employees.

This article was originally published on April 16, 2020