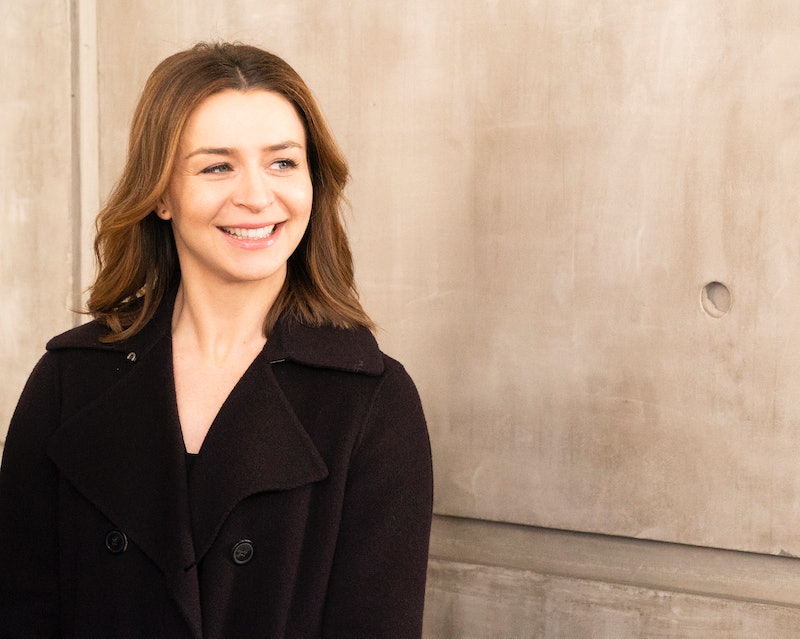 Just as much as Grey's Anatomy enjoys a good love triangle, the show also prides itself on throwing fans a romantic twist no one ever saw coming. Such is the case for a newly single Amelia and Link, both of whom are giving each other some very steamy looks in the upcoming promo for Thursday night's episode "And Dream of Sheep." So will Amelia and Link get together on Grey's Anatomy or is this just some typical editing magic meant to lead us astray? Up until this point, Amelia and Link haven't really shared many scenes together or had any kind of in-depth conversation at all for that matter. So the odds of a hook up may seem unlikely at first, but then again, when has this show ever played by the rules?

The official episode description makes sure not to give anything away. In fact, it doesn't even mention Link at all, stating:

"Ties are strained as Andrew and Carina confront an unforgiving family history. Meanwhile, Teddy and Owen work together on a married couple who is expecting, and Amelia attends a conference for alternative pain relief."

However, the promo tells a very different story and makes it clear that Amelia and Link are at least tempted to act on the attraction they seem to develop for each other. But will anything actually come from it? Right now, it's anyone's guess.

"My God, you are just chiseled," Amelia is shown saying in the teaser clip before adding, "I should go to my room." Could it be that Amelia and Link are attending the same conference together, away from prying eyes and people that they work with? It certainly would be the perfect opportunity to forget their troubles and give into their inhibitions. Based on the lingering looks they exchange at the end of the video, that may very well be what they end up doing.

Of course, that's not to say that this will turn into a full-fledged relationship when they return to Grey Sloan Memorial. It could very well just be a one night stand type of deal. But then again, maybe not. Who's to say what feelings could develop over time. Amelia is no longer with Owen, after all, so we shouldn't rule out the possibility just yet. Initially, Link had shown interest in Meredith and made up one-third of her love triangle with DeLuca. But now that it seems she's made her choice, he too may be looking to pursue someone knew. Amelia could very well be that person. It's highly doubtful Meredith would have a problem with it, especially since she's dating DeLuca who used to go out with her sister Maggie.

As for whether or not these longing looks will actually lead to a night of passion — or even a romance down the line — remains unclear. Fans will just have to tune in this week to see how this particular storyline ends up playing out. By the time the hour is over, we may have a new favorite TV couple on our hands.