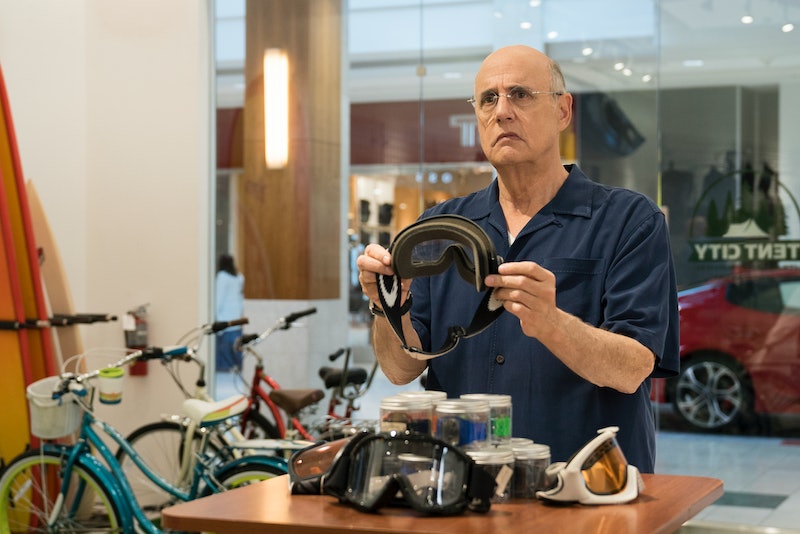 The second half of Arrested Development Season 5 hits Netflix March 15, but after that, the future doesn't seem bright for the Bluth family. Netflix already revived the Fox series when it was canceled after Season 4 — albeit eight years later — but now, it may be the true end of the road for the cult favorite. It's looking unlikely that Arrested Development will return for Season 6.

Though the series hasn't been officially canceled, star David Cross, who plays Tobias Funke, has said the chances are slim that it will come back. "I've learned to say 'Never say never,' but I can't see it happening again, I think for a number of reasons," he said on the Late Night With Seth Meyers Podcast in October, according to TV Line.

Cross didn't outline those reasons explicitly, but between the release of Season 4 and the first half of Season 5, the show was embroiled in some controversy. Jeffrey Tambor, who plays George Bluth Sr., left his starring role on Transparent in November 2017 following multiple allegations of sexual harassment against him (Tambor has denied all of the claims). When asked during a New York Times interview last May if he expected to be included in a potential Arrested Development Season 6 given those allegations, Tambor said he hoped so, and co-star Jason Bateman (Michael Bluth) responded that he wouldn't do the show without Tambor.

Furthermore, that same interview was met with widespread backlash. After reporter Sopan Deb brought up Tambor's interview with The Hollywood Reporter, in which he admitted to being confrontational and rude throughout his career and said he "profusely apologized" to Walter for one particular "blowup," Jessica Walter (Lucille Bluth) described feeling verbally harassed by Tambor on set, saying she had "never had anybody yell at [her] like that." However, her male co-stars seemed to downplay the situation (Michael Cera, who plays George-Michael, was not present for the interview), and it ultimately turned into a conversation about whether or not that kind of behavior was inexcusable, or an acceptable product of an actor's "process." (Afterward, Jason Bateman, Tony Hale, and Cross all issued public apologies for their comments.)

Dylan Kickham of Elite Daily pointed out that filming for Season 5 had already concluded when that contentious NYT interview was published, so while it's not surprising Netflix went forward with releasing Season 5 Part 1, it does call into question the possibility of a sixth season.

Lastly, Portia de Rossi, who plays Lindsay, announced her retirement from acting in May 2018. She was only in four episodes of Season 5's first half, and it's unclear whether she'll be in Part 2 at all. So even if the show does continue, her character — a core part of the Bluth family — may not be involved.

It's sad to say goodbye to a series when it feels like their was still more story left to tell, but with all of this in mind, it seems like the right time to move on. There may have always been money in the banana stand, but it looks like it's time for the Bluths to bow out for good.