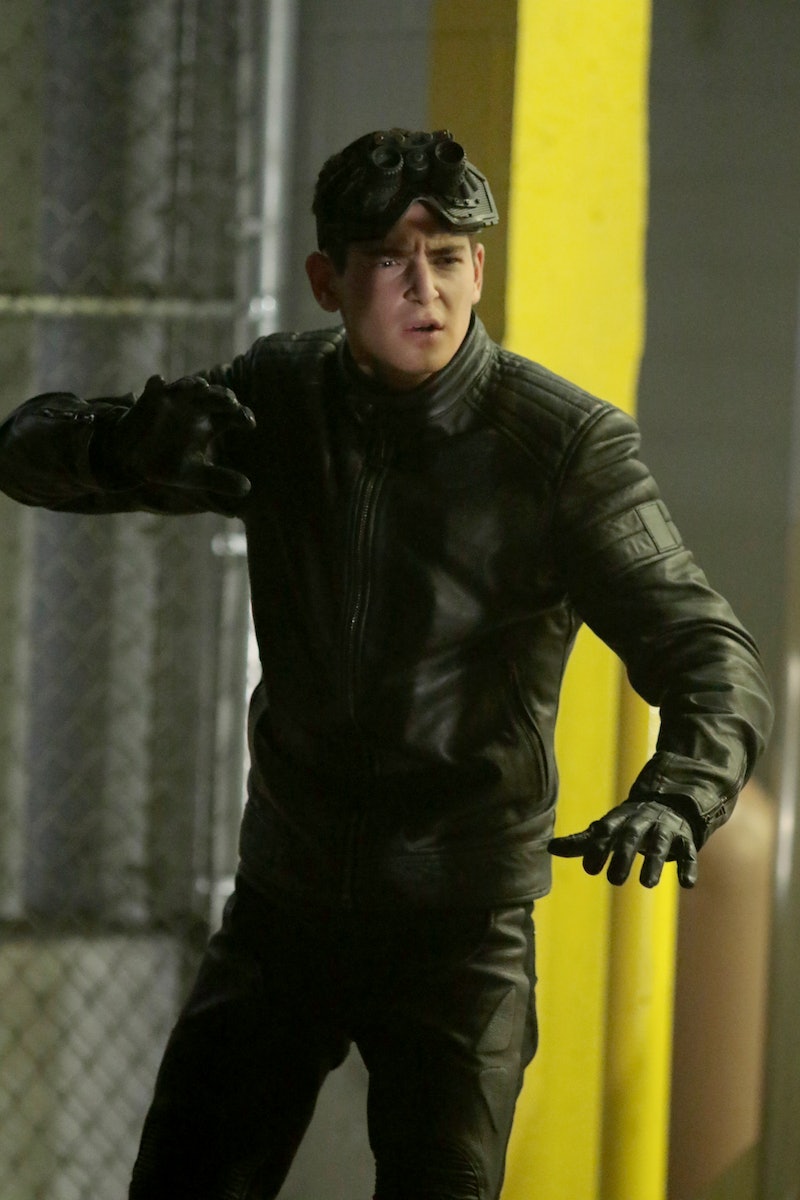 After five years spent exploring young Bruce Wayne's past, Gotham is finally giving fans a glimpse of his future. According to IGN, Season 5 will end with a 10-year time jump, which means yes, Batman will finally be in Gotham Season 5, since at that point Bruce will have fully grown into the Dark Knight we've long known him as. The outlet also reports that before the big Season 5 reveal, young Bruce will be working alongside the GCPD, and that his relationship with Jeremiah will be edging nearer and nearer to its seemingly inevitable Joker/Batman nemesis conclusion.

"Jeremiah wants to be best friends with Bruce," Gotham star David Mazouz told IGN. "Bruce hates Jeremiah, but in Jeremiah's world, Bruce is playing hard to get. He does awful things that he thinks will eventually make Bruce come around to him, but neither can end this cycle since Bruce cannot kill, and Jeremiah doesn't want to hurt Bruce."

According to Deadline, this will be the final season of Gotham, meaning that the show has stuck to its original premise. It has always been more about Gordon, the city, and the rogues gallery than Batman himself, because let's face it — we know the story of Bruce Wayne all too well. It's fitting that when Batman begins, Gotham ends.

"Let's just say, bats may be involved," Mazouz said in an interview with TV Insider about Season 5. "The Batman universe, because it's 80 years old, is so rich. Throughout the show, we've been having little teases of these iconic things, but now, in Season 5, we really get to show them and show their full force and show them in their entirety and not have to tease them anymore but actually say the words 'Batman.'"

Who will play Batman in this flash forward? It's possible that, if the caped crusader is just seen wearing a suit and mask, we won't know. After spending so many seasons with Mazouz as Bruce Wayne, it would be strange to throw a new actor in at the last second. Hopefully he'll get to wear the costume himself.

In Season 4, Episode 13, Bruce had a vision of Batman — though he doesn't know what it means or that the vigilante is him. In that episode, it appears that Batman was played by stunt performer/coordinator Turner Smith. Who knows what they'll do in Season 5, or even how long Batman will be in it. For all we know, it could be a brief flash forward. The time jump could focus on the futures of other characters we've followed, like Penguin.

Still, Gotham is finally giving fans a fully-fledged Batman. Will the way this show has deepened the lore and understanding of Bruce Wayne's crime-addled city change how you view Batman when the alter-ego ultimately appears in the final season? If so, then Gotham has truly pulled off something spectacular.