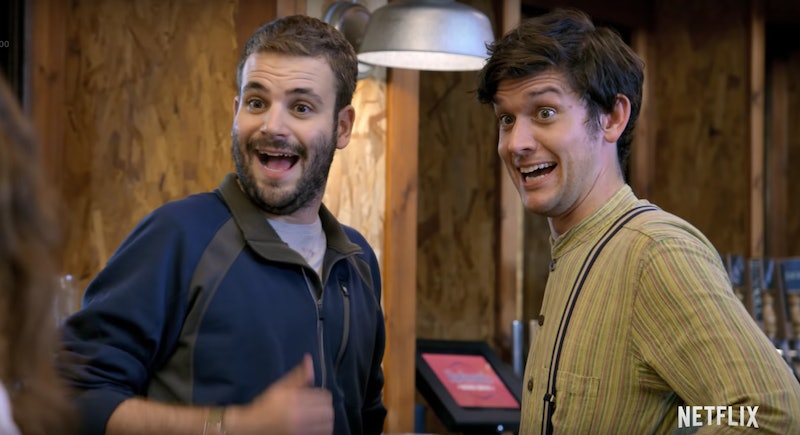 If you're a fan of craft beer, brotherly competition, and workplace drama, Netflix has a new show for you to devour this weekend. Brews Brothers, starring Orange Is The New Black's Alan Ainsberg and Clipped's Mike Castle, just dropped all eight episodes. And while the series is still brand new, it's not too soon for some to ask, will Brews Brothers return for Season 2?

The show follows the misadventures of estranged brothers Wilhelm and Adam Rodman as they attempt to co-manage their brewing company. Written by real-life brothers and screenwriters Greg Schaffer (That 70s Show, Mad About You) and Jeff Schaffer (Curb Your Enthusiasm, Seinfeld), it's a classic sibling tale. After the two come together to run the business, their vastly different beer-making techniques and personalities begin driving a wedge between them.

Though they've yet to announce whether or not there will be second season, given Netflix shut down all film and TV production in the U.S. and Canada in mid-Marchdue to coronavirus concerns, it seems highly unlikely another season of Brews Brothers will be in the works any time this year.

For now, the cast and crew seem to be taking it day by day. "“I’m always sort of bracing myself for a show to not [be canceled] or whatever the thing is," actor Mike Castle tells the Chicago Sun Times. And the Schaffer brothers are just enjoying the ride. "I've always been an expert at the consumption side [of brewing]...finally that research is paying off!" Greg Schaffer says.

For anyone who genuinely enjoys the art of craft beer, or who just misses hanging out at their favorite spot, Brew Brothers seems like a perfect vicarious substitute for the real thing.