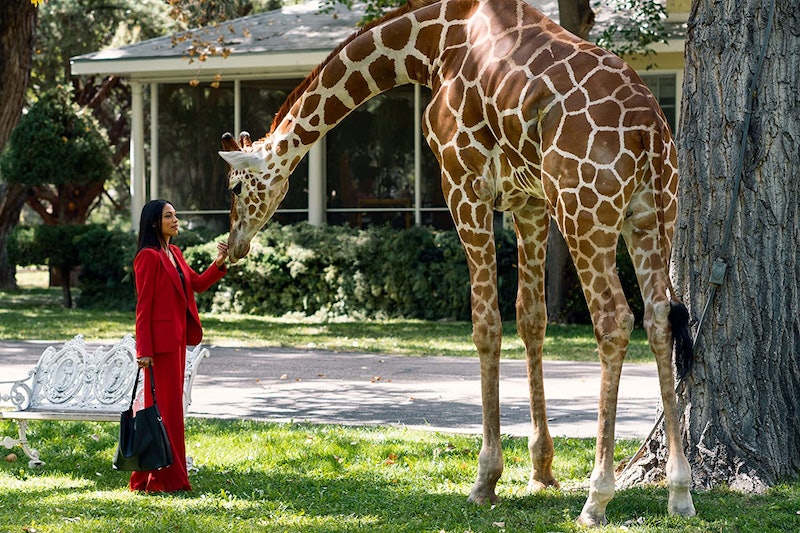 Update: USA announced on July 17 that Briarpatch has been canceled.

Earlier: The USA crime drama Briarpatch, which stars Rosario Dawson as a femme fatale-type investigator, just wrapped up its first season. The series began its 10-episode run on Feb. 6 and has quickly become an addicting dark comedy beloved by neo-noir fans everywhere. Back in January of 2019, when USA picked up Briarpatch for production, Deadline billed the series as an anthology, a series that, like American Horror Story or Fargo, would tell a related yet different story with different characters every season. Knowing that, will Briarpatch return for Season 2? And if it does, what will it look like?

Based on the crime novel of the same name by Ross Thomas, Briarpatch tells the story of a Senate subcommittee investigator named Allegra Dill who returns to her hometown of San Bonifacio, Texas to look into the mysterious death of her sister, Felicity, a local cop who was killed in a car bombing. But Dill's reunion with her small-town past gets weirder and weirder as she discovers a web of secrets and just how corrupt and influenced the entire town has become. The entire series unfolds in a noir-like atmosphere, with dark alleys, neon lights, and the additional oddity of escaped zoo animals roaming the streets.

The first season of Briarpatch covers all of the events in Thomas's book, which actually focused on a male lead named Benjamin Dill. The goal of the gender swap, Creator Andy Greenwald told Fast Company, was to "take the stories that were generally reserved for white male gumshoes in dark bars and let a woman of color do the same investigation." That said, none of Thomas's other books feature the Dill character.

Nevertheless, Dawson told Entertainment Weekly just before the series premiered that there's definitely a possibility of the series continuing, be it in an anthology style, a true continuation, or somewhat of a merger of the two. "Andy has an idea for a second and third season. I think after that it would probably be over," Dawson told EW. But if not, "it really works as what it is as well," she adds. "It's really satisfying and really kind of remarkable, but you fall in love with these characters, so it would be fun to see them again. It wouldn’t be the normal second season, it’d be probably more like The Wire or something a little bit unusual, but we'll see if we get there. I would love to play Allegra again."

Dawson definitely sounds like she's up for returning to the character. As she continued in EW, "I've never done anything like this. So often I’ve played the girlfriend or some story line device kind of character, and not that main protagonist in this way," she said. "Being able to explore that was very exciting, challenging, and intriguing. It was really good for me and my spirit to know that I could take advantage of an opportunity like this and rise to the occasion."

More series with women of color in the lead, playing characters that might have gone to white men a few years ago is a definite plus in our book, so hopefully Briarpatch continues on.

More like this
The ‘Love, Victor’ Showrunner Gave Fans Hope For A Possible Spinoff
By Brad Witter
Everything We Know About When To Expect The Rest Of The Upshaws Season 2
By Kadin Burnett
Legacies Showrunner Said There Is Still Hope For More Vampire Diaries
By Gretchen Smail
Everything We Know About When To Expect Money Heist: Korea Part 2
By Kadin Burnett
Get Even More From Bustle — Sign Up For The Newsletter