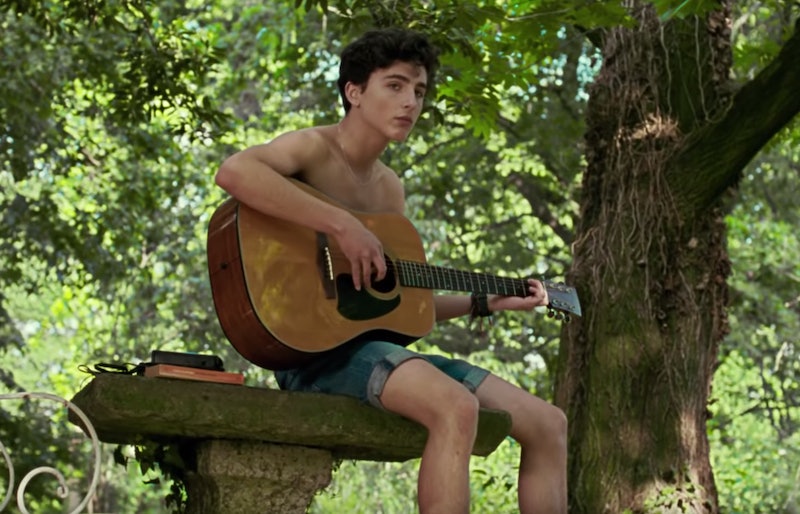 The 2017 Oscar-winning film, Call Me By Your Name, was hailed as a groundbreaking piece of LGBT cinema upon it's release. Due to the success of the movie, and the original book from which the story was adapted, a potential sequel was recently announced by director, Luca Guadagnino. But will Call Me By Your Name come to Netflix?

As reported by Bustle, the film is currently not available to stream on Netflix, however, you can purchase a digital or physical copy of the film, as well as stream on Now TV and Amazon Prime. The movie, which won Best Adapted Screenplay at the 2017 Academy Awards, was adapted from the novel of the same name penned by author, André Aciman. And according to the Guardian, Aciman has revealed that he is writing a sequel to the bestselling book.

In a Twitter post, the author said "I would actually love a sequel to Call Me by Your Name. In fact I am writing one." And the film's director, Guadagnino, is certainly keen to press ahead with a second movie. Speaking to the Hollywood Reporter, he said "The novel has 40 pages at the end that goes through the next 20 years of the lives of Elio and Oliver, so there is some sort of indication through the intention of (the author) that the story can continue."

The 47 year-old director then went on to say, "In my opinion, Call Me can be the first chapter of the chronicles of the life of these people that we met in this movie, and if the first one is a story of coming of age and becoming a young man, maybe the next chapter will be, what is the position of the young man in the world, what does he want – and what is left a few years later of such an emotional punch that made him who he is?"

However, not everyone involved in the first film are as enthusiastic about a sequel. Speaking to Film Stage, James Ivory, who won an Oscar for his adaptation of the novel, revealed that he wouldn't like to be involved in a second movie. He said: "André Aciman just laughed at the idea to me. He said it was not a good idea. They can’t do a sequel, I think, without him being on board. It’s his characters and his story. But that seems to have died down a bit. I haven’t heard much about it lately."

And, although not completely against the idea, Call Me By Your Name star, Armie Hammer, stated that the cast might need to age a few years before starting production on a sequel. According to Digital Spy, the actor said "So chronologically in the story line, it doesn't happen right after the first one. There is a gap. So Luca wants to wait so that we age a bit more so that gap makes sense, kind of like a Linklater thing."

Although not everybody appears to be on board, a sequel to the beautiful Call Me By Your Name could well happen, and I'd be more than here for it.