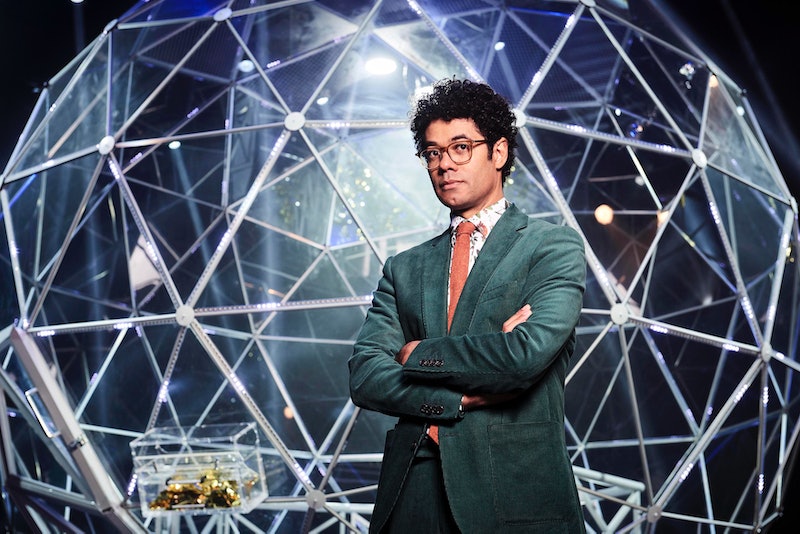 Back in 2017, the iconic gameshow series The Crystal Maze enjoyed a successful TV revival, and a string of celebrity contestants have since gone on to tackle the show's legendary challenges since. The series is presented by The IT Crowd's Richard Ayoade, and earlier this year the gameshow returned for a third run. But will Celebrity Crystal Maze return for season 4? Here's what we know so far.

As it stands, there has been no announcement in regards to Celebrity Crystal Maze series 4. I have reached out to Channel 4 for comment, and will update with any new information once it becomes available. However, according to Channel 4's press site there has been a celebrity version of the show every year since it relaunched so chances are viewers can expect a return in 2020.

According to iNews, the premise of the Channel 4 revival stays very close to the original series, and sees a group of celebrity participants take on a range of physical, mental and mystery challenges. The action takes place in a variety of themed zones, and is overseen by host Richard Ayoade, who watches on as the celebs hilariously compete against one another. The winners of each episode are awarded their very own shiny crystal, and their cash prize is donated to the Stand Up To Cancer charity.

According to the Radio Times, the current third celebrity series of The Crystal Maze reboot— which wraps up on Friday, July 26 at 8 p.m. on Channel 4 — saw the introduction of a brand new challenge area, known as The Eastern Zone. This fresh addition marks the first time a brand new zone has been added to the series since its original TV run, and the new Eastern Zone is thought to be inspired by the architecture, monuments, and historic art of East Asia.

The new zone includes five separate games rooms with a total of eight tricky challenges, and the show's long-time production designer, James Dillon, previously revealed that he was thrilled to be given the chance to create Crystal Maze's newest set piece. As reported by the Radio Times, Dillon said that it was "very exciting to be asked to design a new zone" for the legendary gameshow, and continued, "the challenge, to create a zone referencing such an ancient and beautiful part of the world, and to bring those intense, rich colours and textures to the mix of zones that make up the Maze, has been most enjoyable."

As previously reported by Bustle, Crystal Maze super-fans can now live out their gameshow fantasies — because not one, but two Crystal Maze experience venues are currently open in both Manchester and London. Amazing.

In the meantime, you can catch the final episode of Celebrity Crystal Maze series 3 on Friday, July 26 at 8 p.m. on Channel 4.