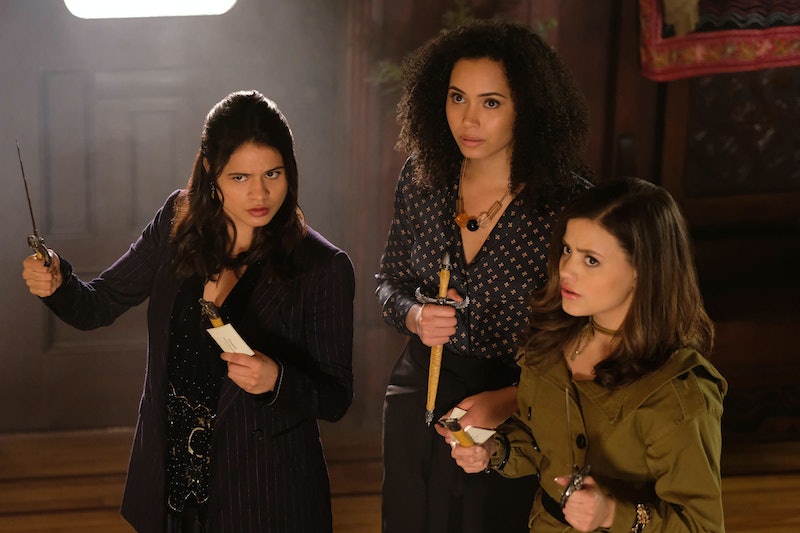 The CW rang in the new year by renewing a bunch of their hit shows. And much to the delight of fans everywhere, they announced that Charmed had been renewed for a third season. "These early orders for next season give our production teams a head start in plotting out story arcs and a jump on hiring staff, and this also provides us with a strong foundation of established, fan-favorite CW shows to build on for next season," CW president Mark Pedowitz shared in a statement.

However, the early season orders were stalled a few months later, due to the effects of the novel coronavirus. Around March 12, reports came through that CW parent company CBS was shutting down production on a number of shows, including Charmed, in a preventative effort to keep crews and cast safe. Shows were allowed to wrap up shooting whichever episode was currently in the works before shuttering production for the foreseeable future. CW then reran existing episodes between new episodes to fill in the scheduling gaps.

Though it may be a while before Charmed can cast its spell over viewers again, there's a clear path forward for what fans can expect. During the 2019 New York Comic Con, series showrunners Liz Kruger and Craig Shapiro compared the series to another magical world. “We were talking about how Harry Potter, there are all these chapters,” Kruger told Entertainment Weekly. “Season 1 was the first chapter of the Charmed Ones and in the way that Harry Potter, the first movie, was an introduction to the world, things got darker as the story progressed, and as you got deeper into mythology and you learned secrets about their past and about the Whitelighters’ past. I think bolting down and digging into new mythology of the demon world, of the magic world, of the Whitelighter world, we’re gonna learn a lot.”

If fans need something to tide them over in the meantime, show stars Madeline Mantock and Rupert Evans held a YouTube Live session answering questions about themselves, the show, and its production. The show may be on hold, but the magic remains unbound.

More like this
Netflix Shut Down 'Bridgerton' S3 Rumours About A “Very Dark” Storyline
By Bustle
The 'New Amsterdam' Series Finale Opens An “Unexpected” Door To The Future
By Brad Witter
This 'Gossip Girl' Wardrobe Error Has Gone Viral On TikTok
By Alyssa Lapid
'The Last Of Us' Has Officially Been Renewed For Season 2
By Darshita Goyal
Get Even More From Bustle — Sign Up For The Newsletter
From hair trends to relationship advice, our daily newsletter has everything you need to sound like a person who’s on TikTok, even if you aren’t.