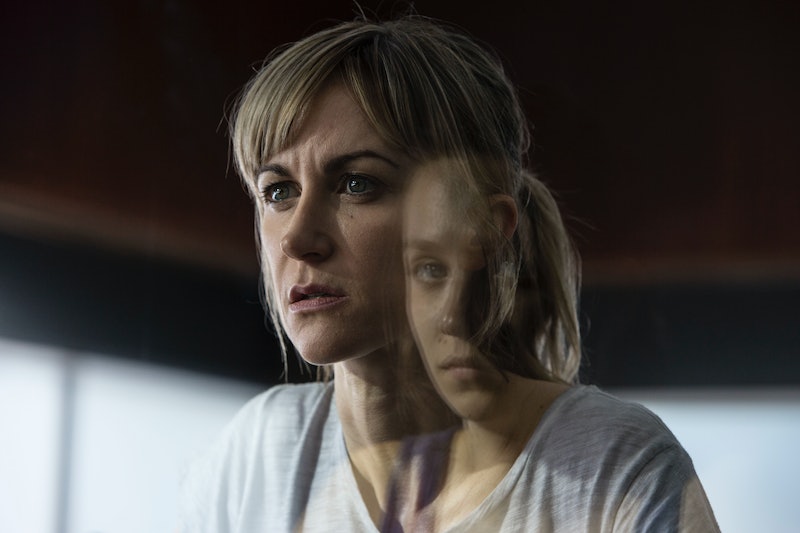 ITV's scintillating new drama Cheat, with the reliably great Katherine Kelly and Molly Windsor at the helm, has gripped the nation this week. The psychological thriller premiered on Monday, March 11, and the season comes to a close tonight, on March 14. But is there a chance that Cheat will return for season two? The show has already left Twitter shook, and viewers will no doubt be screaming out for more.

Sadly, I can confirm that Cheat will not be returning after tonight's show. After reaching out to a rep at ITV, I have learnt that the show is a "standalone four-part drama," and will therefore not be up for renewal. Sigh.

I guess the one silver lining is that Cheat is the kind of show you can watch over and over again, and all the episodes will be available to stream on the ITV Hub in no time. This means you can marathon them whenever you want.

For those who've missed out on the show's first few episodes, let me catch you up: Cheat follows the story of a twisted relationship between a university professor (Kelly) and her student (Windsor). As ITV's official synopsis explains: "What begins as a seemingly open and shut case of academic deception quickly spirals out of control, ending in fatal consequences, and triggering a devastating sequence of events that threaten to engulf them both." Intrigued? I thought so.

The mind behind the ITV show is up-and-coming screenwriter Gaby Hull. Speaking to the Express about the inspiration behind the show, Hull said:

"On a personal level, I have friends and family who are academics. One of them told me about this incident when they were sure this person was cheating. But they couldn’t do anything about it because these ghost-writing services are so supplicated. There’s no definite way of proving they cheated. It just struck me as a very interesting way into a story."

Hull also wrote the screenplay for a similarly intense film called The Dark Mile in 2017, which is about two women travelling through the Scottish Highlands. The film appears to have showcased Hull's talent for depicting complex relationships between two female characters.

Digital Spy picked up on exactly that when, following the season premiere, they wrote that Cheat "completely flips our expectations of women on TV." As Digital Spy argues (and I couldn't agree more with), instead of positioning women as mere foils or sexy confidants to male characters, Cheat gives centre stage to female characters, giving them the complex, multifaceted storylines that were previously granted to their male counterparts only.

As Cheat's first few episodes have proven, the show has earned a place in the new league of prestigious, women-fronted TV, alongside the likes of the ultra successful Fleabag and Killing Eve. So, even if Cheat isn't renewed for a second season, you can be assured that, with new female screenwriting talent such as Hull on the scene, there may well be plenty of shows as brilliant and as captivating as Cheat coming very soon. And I, for one, can't wait.