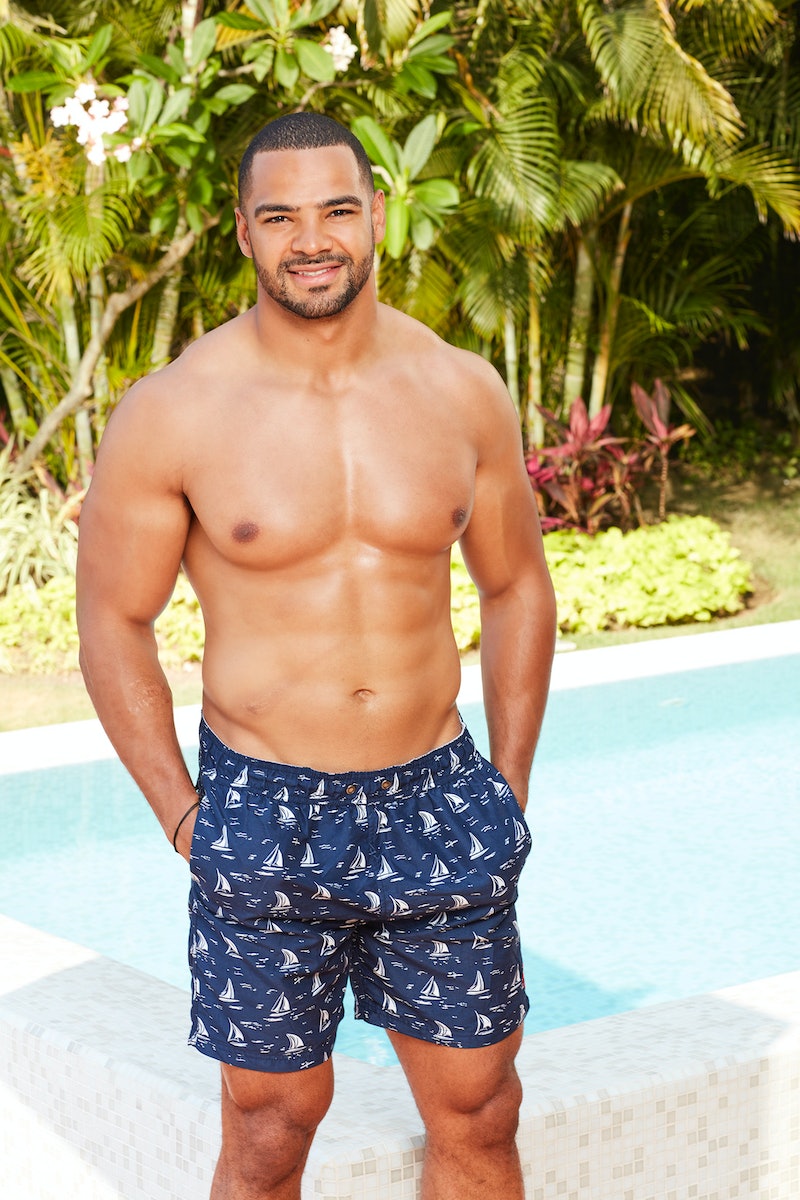 Bachelor in Paradise may be all about contestants finding each other and falling in love on TV, but sometimes, relationships between former Bachelor and Bachelorette stars happens offscreen. Such was the case for Clay Harbor and Angela Amezcua, who got together, dated for seven months, and broke up since Angela appeared on BiP Season 5 last summer. But at Chris and Krystal's wedding during Tuesday night's episode, the exes came face to face, and now it seems like Clay and Angela might get back together. They're officially both staying in Paradise, and that could be enough for them to rekindle things.

When they first got to the wedding, it seemed like both Clay and Angela were feeling a bit awkward about seeing each other again. Clay looked uncomfortable just being in the same room with her, while Angela made it clear that she was still angry about the end of their relationship, according to what she told Annaliese.

But a conversation needed to be had, and they decided to step aside to hash things out in private. Unfortunately, it didn't seem to resolve anything, because they just ended up talking in circles.

Angela was still very much hurt by Clay's decision to end their relationship, especially since she said things were getting so serious between them that they were talking about a future that included babies and buying a house. But Clay said that after his agent told him his NFL dreams probably weren't going to happen again, he felt lost in trying to decide what the rest of his life would look like, and that meant he needed to explore who he is on his own.

But there were definitely still feelings there. If it wasn't obvious enough by how difficult this conversation was to watch, Clay also admitted that he still cared about Angela, and that ending things with her had been one of the hardest things he'd ever done.

"I still do care about you a lot," he told her. "You're a really special person, you're a sweetheart, and I just want you to be happy."

Does that mean they could reunite? At this point, it's hard to tell. Angela didn't try to hide the fact that she was still very hurt, and of course, there's also the fact that Clay is currently dating Nicole. After Tayshia — who was at the reception and witnessed everything — told Nicole that Clay and Angela had talked privately, she began to worry about what that might mean for their relationship. When Clay eventually returned to the beach and filled Nicole in, he reassured her that she had nothing to worry about. So there's no hope for Clay and Angela after all, if he's that committed to Nicole, right?

Not necessarily. Clay also told Nicole he still cares a lot about his ex, and at the end of the episode, Angela arrived in Paradise, which means things are just going to get more complicated from here on out. Knowing this show, everyone involved — and everyone watching —might want to buckle up.