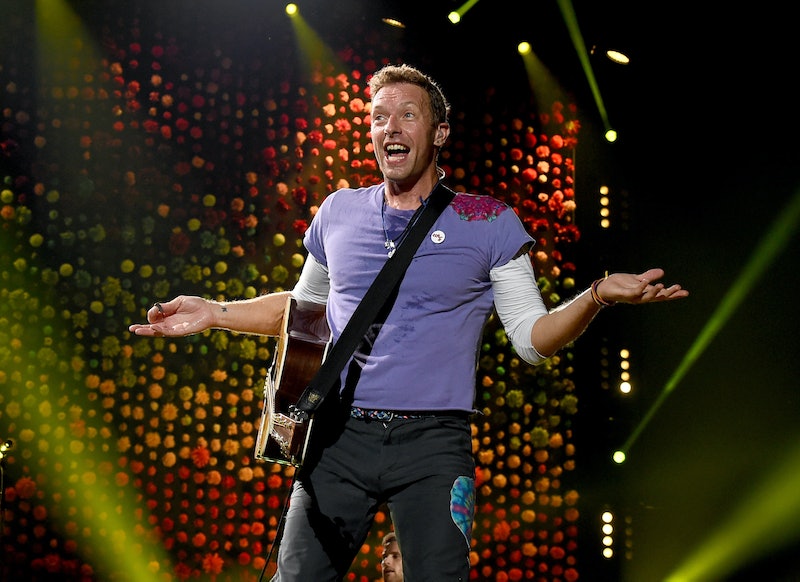 Coldplay are one of the biggest bands to come out of the UK in the last 20 years, and fans are always waiting for their next tour, ready to jump on tickets as soon as possible. With that in mind, I wanted to look into when and whether Coldplay will tour in 2020 so we can all get ahead of the curve.

I contacted a representative of the band for comment and will keep you updated. However, according to their website, nothing is scheduled at this point. Which is sure to be a bit of a bummer for hardcore fans who haven't had the opportunity to see the band live over the years.

However, all the buzz about their upcoming album Everyday Life shows great potential for a tour in the near future. The new double album will be released on on Nov. 22, 2019, and will be available via Parlophone as well as on CD, vinyl, cassette, and digital formats, according to a press release sent to Bustle UK.

Why "double" I hear you ask? Well, the band have revealed that the album is divided into two halves: Sunrise and Sunset. So you can blast Coldplay tunes in the a.m. and p.m. Your neighbours are going to love you.

The new album was announced in a very unusual way, with the band placing classified ads in local newspapers around the world that detailed the tracklist for both Sunrise and Sunset. They also sent letters to selected fans to let them know an album was on its way.

Two tracks from Everyday Life are already available to stream: "Orphans" and "Arabesque." Both have that signature Coldplay style that fans can't get enough of.

The band are known for giving ticket holders major value for their money, really throwing everything they have into their on stage performance. Martin especially. He is basically running around the whole way through every show. It looks knackering.

Last year, a documentary about the evolution of the band came to theatres for one night only on Nov. 14, and then transferred to Amazon Prime on Nov. 16. Head Full Of Dreams charts 20 years of the band, with a combination of footage on stage and never-before-seen interviews.

This article was originally published on April 5, 2019