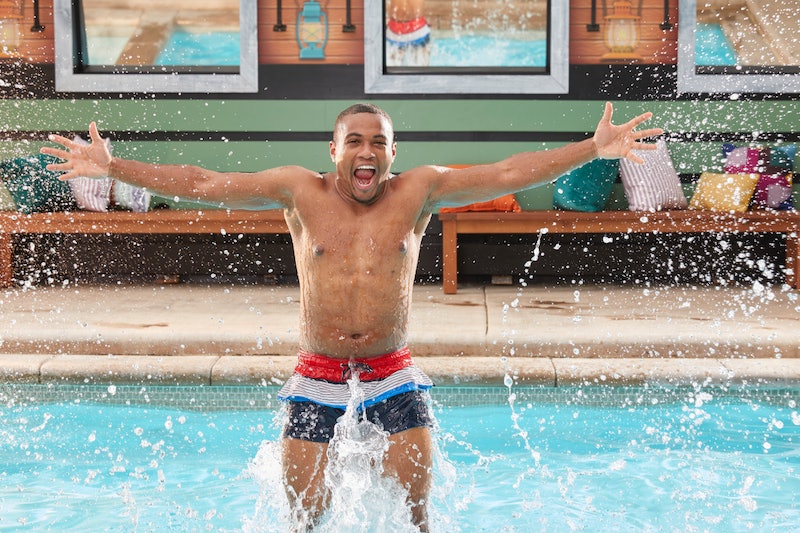 Big Brother 21 is only two episodes in, and fans are already heartbroken by the early eviction of David — but he may not be gone for long. David's BB21 eviction happened because he lost the series' first-ever Camp Director challenge, which pitted him against three other houseguests hand-picked by Jackson. However, while a new Big Brother challenge is what got David sent out within his first few days in the house, another new challenge could be what brings him back into it.

The first hint that David may be returning to Big Brother came after host Julie Chen told him he'd been evicted. David was clearly upset and may not have heard Julie say that he would be leaving the house "for now," because he didn't seem to be too excited at the prospect of winning his way back in. Of course, the ideal way to start Big Brother is to stay in the house, but this could be an exciting alternative route for David, as if he does return, it could help him make Big Brother history. At the end of the episode, Chen said that next week something will happen that has never happened on Big Brother before, and that it will involve David in some way.

Houseguests who have returned in the past did so via a Battleback, in which they competed against other evictees to win a spot back in the house, or in Kaitlyn from Big Brother 20's case, through a Bonus Life challenge that allowed her to participate in a solo competition. From what Julie said, fans can expect David's teased return to be more like the latter: something new and different not yet seen on the show. Of course, Julie could just be trying to throw us off, but while we can't know for sure what David's fate holds until next week, we can take a hint from Big Brother's unofficial slogan: "Expect the unexpected."

In the meantime, even with the hope that David could come back, many fans were devastated to see him leave. As he said on the show, he came into the house with the goal of representing "African American culture in a different light," only to get evicted almost immediately. Big Brother: Over The Top houseguest Alex Willett took to Twitter to express her condolences, saying "If I went through a grueling 2 month long interview process and sat in sequester for 10+ days to have my game determined by a night 1 pitch black comp that's a little bit of a crap shoot, I'd have a panic attack on the spot. David, I feel for you."

Still, even as David's future remains uncertain, the fact that there is a future for him on Big Brother 21 should provide some solace to viewers, who've obviously grown attached to the Big Brother newcomer. Perhaps he'll get the opportunity to come back into the house and accomplish what he set out to do — and maybe even win in the process.

More like this
Everything To Know About The 'Harry & Meghan' Netflix Documentary
By Jake Viswanath and El Hunt
Larsa Pippen Is Reportedly Dating The Son Of A Legendary NBA Player
By Jake Viswanath
Are Sparkle & Steven Together After 'Back In The Groove'?
By Grace Wehniainen
'Back In The Groove’s Steph & Leroy Might’ve Ended Up Together After All
By Brad Witter
Get Even More From Bustle — Sign Up For The Newsletter