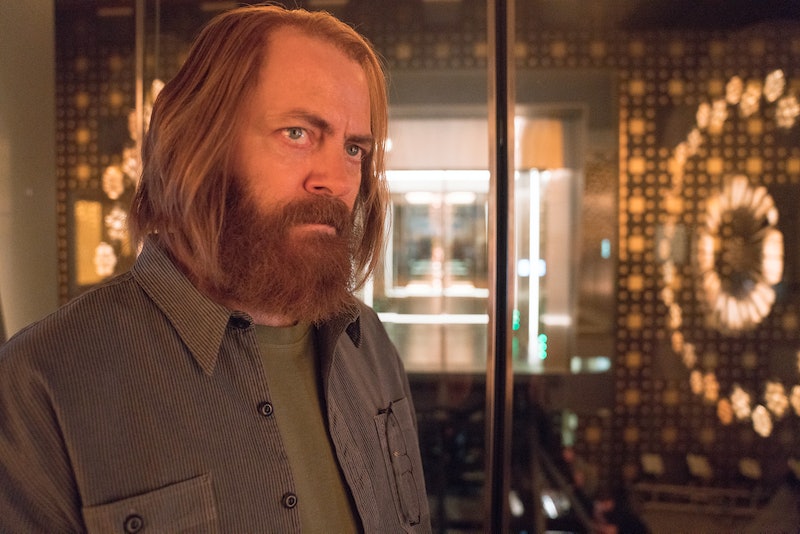 Spoilers ahead for the Season 1 finale of Devs. The finale of FX's Devs aired on Thursday, economically wrapping up almost every loose end. Many of the characters driving the season — Lily, Jamie, Forest, Kenton, even young Lyndon — are now dead. Stewart, skeptical of the power of the Devs program from the beginning, has obliterated the experiment; Katie has ensured that the boss she worshipped will live forever, at least in a simulation. Though the show was always billed as a limited series, the final episode makes the end feel even more clear: what would a Devs Season 2 even be about?

Alex Garland, who wrote and directed every episode of Devs, is famously opposed to sequels. After his film Annihilation proved to be a hit, he explicitly refused to a do a second installment, despite the source material being part of a trilogy. "I've got no objection to someone else doing that, but I'm not interested in the idea of a sequel,” Garland told IndieWire at the time. "I feel like we made this movie and this is the movie we made."

Still, if someone other than Garland were to take up the reins, where could a further series go? For a show that ultimately concludes that reality is fractured into a concurrently existing iterations, it would be impossible to run out of road completely. Katie, played by Alison Pill, is the most obvious character to follow. She's alive in the physical world and was provided enough backstory in early episodes to lend her intrigue.

Pill, though, has been explicit that this is the end for Katie. "It has an ending," she told Collider. "You can't go from there." That said, we haven't seen the last of the Devs ensemble. Garland told Collider that he's currently writing a new project to reunite the same actors, who he feels "incredibly bonded" with.

"I subsequently thought that it would be an interesting thing to take what theater does, quite often, which is to have a company, and then you move around the parts within the company, and you can do a different play with the same actors, where someone who's the lead in one is now a supporting actor," he said. "I have no idea whether FX will want to make it, and I don't know if the cast will want to do the parts I've written for them, so it's all completely speculative. But the only way to do it is to try to do it, so I'm trying to do it."